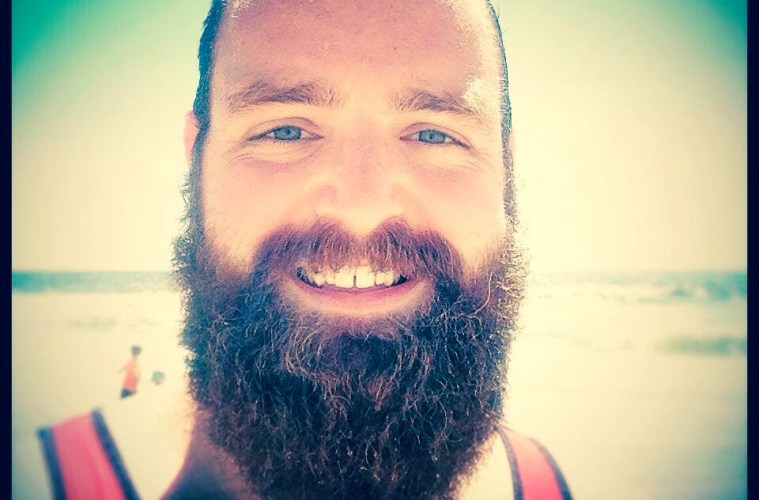 In a new episode of RuPaul’s Drag, contestant Kim Chi admitted that he suffered from a lack of confidence after years of being overweight. Even having lost a few pounds, he says he still feels like the fat kid inside and as a result has remained a virgin due to lack of interest  Fellow contestant Bob The Drag Queen tried to reassure Kim Chi and reasoned that once he realises who he is, things will get better and he will become more confident and attract more people. ‘He is still a virgin because he is not aware that he is a six foot four good-looking gay man – he needs to own that.’ Writer David Clarke, 30, says he knows what Kim Chi is going through and while is touched by Bob’s comments, thinks his advice isn’t as easy as it sounds. Here, he writes about coming to terms with the way he looks.

Coming out was hard enough for me, but I’m glad I did it. Now, as an openly out 30 year old gay man, I am completely clueless about how to actually find a date. So, when Kim Chi openly revealed her status as a virgin on RuPaul’s Drag Race this week, I actually felt a little comforted.

As a third grader, I started to gain weight. I went from being average, to chubby, to fat. It was awful, and I felt powerless to change it. So, I didn’t try to. I was disgusted with myself, and every pound I gained lowered my non-existent self-confidence.

Like Kim Chi, even though I had friends, I felt like a total outsider. I didn’t really like to spend time with people outside of school, high school band practice, and the community theatre I was involved in. I was always afraid that even my friends didn’t like being around me. If I didn’t like being around me, how could they? And when you feel that way about yourself, you definitely don’t feel sexy.

So, I wasn’t surprised at all when Kim Chi revealed to the other queens that he is a virgin. I’m not a virgin, but I’ve had extremely limited sexual experiences. Why? Because I simply don’t feel sexy. I’ve lost weight, but I still see all the work I have yet to do. It’s hard for me to acknowledge the progress I’ve made. So, while I truly respect and appreciate Bob The Drag Queen saying, ‘He is still a virgin because he is not aware that he is a six foot four good-looking gay man – he needs to own that,’ I know that it’s simply not that easy.

When I first came out, I downloaded Grindr, Scruff, and GROWLr. I was super addicted to the apps. I had lost weight, I had a beard, and I wanted someone to validate that I was sexy and that it was okay for me to be gay. But, I’m also pretty scared of sex. I fear not being able to trust a partner and contracting STIs. So, for me, I really need to find someone who’ll befriend me before he’ll sleep with me. This is for my own comfort. That lead to getting messages like, ‘GROWLr’s not for friends, it’s for fucking’ and ‘When people say they’re looking for friends, they just don’t want to look like a whore.’

So, after being battered by some pretty aggressive guys on the apps. I ditched them. I lived app free, and worked on myself and my own confidence. For example, I went outside of my comfort zone and sat for the portrait book, Beards of New York. And, I started to kind of see that I am indeed attractive. Kind of.

I still haven’t found true confidence. I’m still a work in progress. And I’m an openly gay 30 year old living in Greater New York City that has never been on a date with a man. I’ve started flirting with the apps again too. I tried Hinge. I got back on Grindr and deleted it after a month, treating it like a gay bar I could visit on my phone. And, I’m currently using Scruff again. I’m no longer seeking validation from other guys, so I’m finding the apps a healthier experience for me this time around. But, I’m still not finding the kinds of connections that I’m really looking for, especially since I’m not open to anonymous hook-ups.

So, when it comes to Kim Chi’s revelations on RuPaul’s Drag Race, I’m happy to know that I’m not alone. And I’m happy to know that for both Kim Chi and I it can only get better. We can only, with effort, become more comfortable with ourselves, our bodies, our looks, and the things we possess that will turn other men on. It’ll take time. It’s not something that will change overnight. But, I’m pretty sure that anyone who is patient with men like Kim Chi and myself will find that we were well worth the time and energy spent on us. Cheers to us, Kim Chi, and the beautiful people we are!