Jeremy Joseph: ‘I will sack a member of my staff who has gone out and done drugs’ 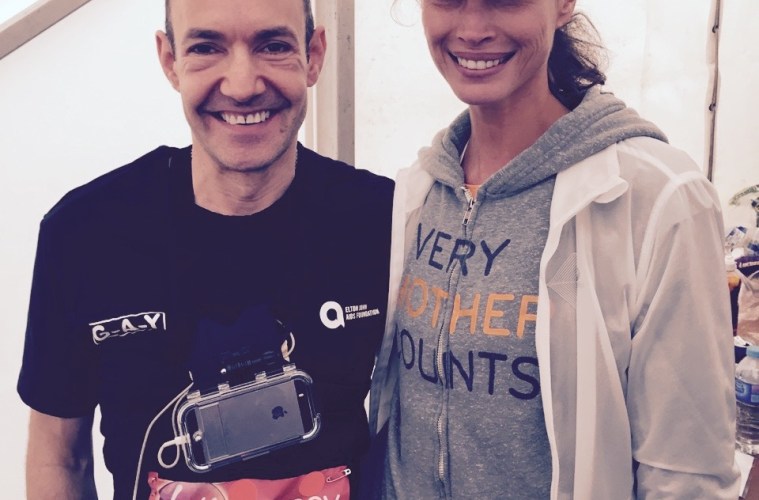 G-A-Y legend Jeremy Joseph runs his seventh London marathon today (April 24), raising money for the Elton John AIDS Foundation. Here, in our next instalment of amazing interview with him, Jeremy speaks candidly about why we need to re-eeucate ourselves about safe sex and why he hates the drug scene so much on the gay community.

JEREMY JOSEPH: ‘I have been living with an eating disorder all my life!’

Jeremy, you’re running for Elton’s foundation. Why this particular charity?

I made a decision years ago that I wanted GAY to be associated with one charity. I find it very hard because I get asked all the time and I find it difficult to say no. So I decided to link up to one website. After I raised money for Amnesty of my first marathon, I have raised money for EJAF ever since. Why? Because it distributes money to other charities so if people ask if I can help out I will send them in their direction because they give money to other charities.

Also it must be a case of raising money for something you believe in.

We’re at a stage now where we can see a light at of the end of the tunnel and an AIDS free future. People are no longer dying. The disadvantage of that statistic is that it creates complacency. Because these days you can live a normal life with your status thanks to advances in medication which makes some people think they don’t have to be careful anymore. But we do. We need to bring about end AIDS together. I have lost people to this horrific illness. We owe it to those people who have lost their lives is to finish this job. EJAF want an AIDS free future, that is their slogan. I want to see that. We owe this to people who have lost their lives.

Do you think the complacency comes from the Pep and PrEP. Last year it was reported that the rates of HIV detection in guys 15 – 25 had doubled.

The problem is people, back in the day, people were dying in horrific numbers, so there was more awareness of the illness. Because we all knew someone who died, we were much more aware of it. Now we don’t hear about it as much, so we don’t deal with it in the same way. PrEP isn’t easily available in the UK – and the situation is ridiculous. You can buy PrEP for £40 online but if the NHS were to supply it would cost £400 for some unknown reason.

Do you think there’s a negative side to PrEP too?

I do. I was in LA at Christmas, and my mates were telling me that with PrEP there has been a massive rise in other STDs – I mean it was reported just this week about this massive strain Gonorrhea. We should be asking ourselves, should we be promoting safe sex? If we promote PrEP, are we almost promoting unsafe sex and therefore encouraging other STDs? It’s a Catch 22 situation. I think we still need to promote safe sex. That’s what we have to be doing. There is such bad lack of education these days. Also we have to remember those communities that are not accepting of the gay community. It’s not just about gay men. There’s a rise in HIV in the hetereosexual comminuty and there’s a rise among men who won’t accept their sexuality. Look at what’s going on in Russia or Africa. It’s so hard to be a hard gay man in those countries. These men won’t get tested because of the stigma. Charities like EJAF are promoting safer sex. That’s why they are so important.

There’s been so much talk recently about the rise of Chemsex. What do you make of that particularly trend?

If I’m honest, I don’t know much about chemsex. What I can say is, that we at G-A-Y have a zero tolerance policy to drugs. I am very anti-drugs. I have seen friends and people get into the drugs scene who go on to destroy their lives. I have lost friends because they have gone down that route. I hate the drug side to the gay scene – with a vengeance.

Why have you chosen to steer clear of that side of the gay lifestyle?

Look, I’m not going to say I have never done drugs, I have, but stupidly for the wrong reasons. I fell for a guy once who was into drugs and I didn’t even want to do them. I did them because I wanted to be with him. I was an idiot. I was like ‘Why am I doing this, if he likes me he wouldn’t have let me do it, right?’ During the height of my eating disorder, I also took speed to kill my taste buds. Drugs is part of the scene I have hated. When you do it, the people you do it with are interested in you because you are doing it. Not because of you. The minute you stop doing it, then those people disappear.

Do you see many people off their faces in your club and bars?

Not often. I don’t run a club to see people like that. When they’re in a medic room and trying to bring them round – I don’t want people like that in my venue. I don’t want the gay scene to be like that. It’s an awful representation. Why do you need to go out and take something to have a good time? The thing I love about GAY is that majority of people can have a good time by having a drink and not taking something. Our rule is – we search people coming in, if we find something on you, you’re not allowed in and won’t be allowed back in. I’m not interested!

That’s admirable stance to take. But drugs in the gay community seems to be prevalent.

There are people who will do it as one-offs. There are some who will try and wont like it. It’s a side of the scene that is there, it happens, but you have to decide if that’s for you. I want G-A-Y to never be part of that scene. That’s my goal. My job is to create safe clubbing and drugs don’t do that! And me and my team are trying to achieve that.

There are other areas where drugs is more prevalent we guess.

Yes, there are, but that isn’t what G-A-Y is about. I want it to be fun clubbing. That’s our goal. I can’t sit here and say that is what we achieve. We try our damndest to stamp out drugs. If I know my staff have been out and done drugs, I will sack them. I am just not interested. That is not who we want to be employing. That goes for legal highs and illegal highs – for me they are the same.

NEXT TIME: The future of Soho, his search for love plus secrets from G-A-Y and much more…