BEATING THE BULLIES – Daren: ‘I was called queer and batty boy every day – now I’m confident about who I am’ 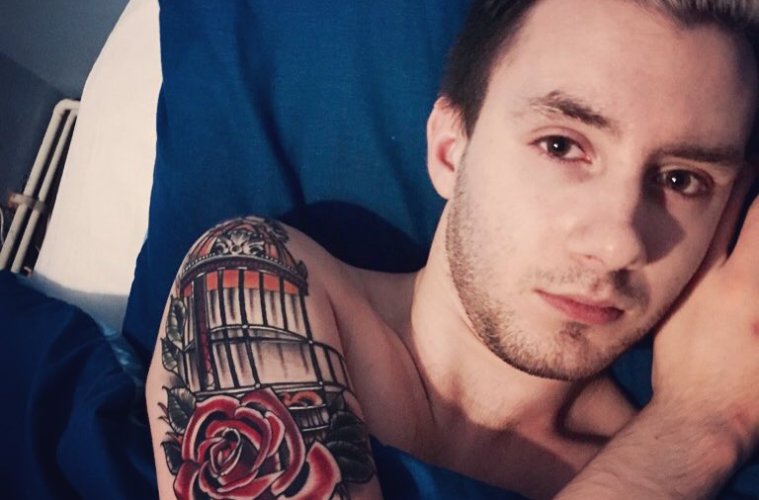 Daren Pritchard writes and performs one-man shows about current LGBT issues, as well as raising awareness for male body image disorders. Here, he opens up about his tough school years during which bullies made his life a living hell and how he is helping other young LGBT people.

I used to dread going to school.

Throughout the five years that I attended my Secondary School, I was constantly on the receiving end of homophobic bullying. I knew when I started at the age of 11 that I wasn’t interested in girls, and I was figuring out that I was attracted to boys instead. This, combined with the fact that I’ve never been a particularly masculine person and my hatred of sports and love for performing made me a pretty easy target by other boys. I didn’t need to come out, everyone already knew.

The majority of the bullying was verbal, and from other males. I was branded gay on a daily basis with homophobic remarks like ‘batty boy’ and ‘queer’. My sexuality was always a hot topic; being interrogated with questions asking if I was gay, who I fancied, why I never talked about girls or sports. 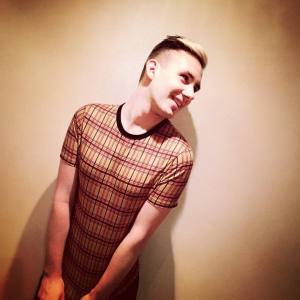 They’d aggressively claim they saw me checking other boys out. I was threatened with being beaten up. It didn’t stop there. I’d get pushed about if I did so much as look at someone. I’d be tripped up in the corridor on my way to classes. I was pushed down stairs.

There was a guy I was sat next to in a class who would kick me under the table, or punch me hard in the arm when the teacher’s back was turned. I remember one incident on my way home from school where a group of guys attempted to pull me off the bus as I was getting on. I clung to the pole in fear of what would happen if I let go. Eventually, they stopped, and I got home safely – if shaken, with a ripped coat and missing contents from my bag. I think that was the first time I mentioned to harassment to my parents, leaving out any mention of my sexuality.

I started Secondary School outgoing and bubbly, excited to meet new people. I’d never struggled with making friends in the past and I’d always got along well with most people. As the bullying progressed, I became withdrawn and scared of being judged, isolating myself from my peers. I was really aware of my mannerisms and my voice.

I was conscious of seeming gay, which made me shy when meeting new people. With my self-esteem low, I became obsessed with my weight, and it definitely contributed towards body issues that I developed. At the time, I lost a lot of motivation, with my grades dropping and losing confidence in performing as I’d get mocked for doing it. 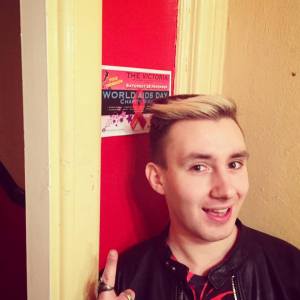 I don’t wish to paint myself as a hopeless victim. I definitely fought back when and if I could – but in a school where no-one else was openly gay and few were willing to support, it always felt like a losing battle.

For a while, I did PE with the girls, before being taken out completely to speak with a councillor about my sexuality, the bullying and my body issues in confidence once a week. I found reassurance online; reading gay support blogs and joining online communities/forums.

I was an avid user of MySpace with a ridiculous amount of ‘friends’ – mostly MySpace ‘famous’ people with thousands of friends, gay men or randomers who liked the same music as me. I formed a circle of internet friends with whom I’d discuss pop culture, and give advice on our real life issues.

There was an element of creative writing involved which also helped me to take my mind off things. I felt safe online knowing that there were other people like me. I became enthusiastic about music, finding songs and albums that I could relate to (with Christina Aguilera’s Stripped album being the most memorable of the time). All of this helped me escape reality.

I never fully overcame the effects of being bullied whilst still at school. I developed a group of good friends, but it took a long time for my self-confidence to return. I left school with decent grades, but not to my full capabilities.

I was glad to leave, and it was the years afterwards, through college and university where I was surrounded by more mature and open-minded company that I was able to focus on myself. I met my first boyfriend a few months before finishing school via the Internet, and having knowing someone else personally who was also gay, but older and wiser, definitely helped push me through the remainder of my school time. I’m lucky to have a good group of friends who support me when I need it most.

I’d say that the bullying I went through in school did have lasting effects on me for a while. I avoided non-gay venues for a long time in fear of being picked on and in certain places and with particular company I’d try to tone down anything that may allude to my sexuality.

This definitely isn’t the case anymore. I would say the only long-lasting effect is that I’ve wanted to be a voice for others in the LGBT community who have been through similar, and to help those struggling win prejudice. 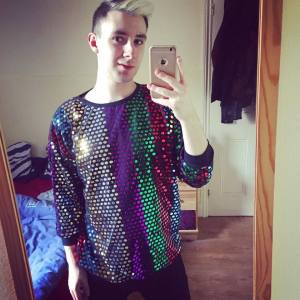 I went back to the school a few months ago and delivered a talk on my career and LGBT rights (in which the children behaved wonderfully), which helped provide closure to a part of my life I felt so negative about. I’d say I’ve managed to turn a negative experience into a positive quality, and I hope by sharing my story people realise that this is something that still needs addressing.