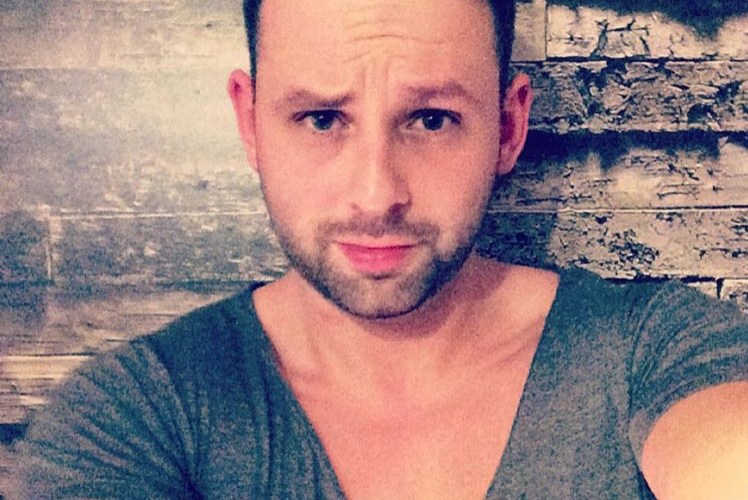 Handsome 31 year old Matt Oakes opens up about his isolated and lonely early life and how finding new gay friends has finally made him feel accepted!

A lot of guys I speak to seem to have a large network of close gay friends that they have known from childhood or they met along the way on the gay scene.

But until recently, I have never had any gay friends, nor have I stepped foot onto the gay scene.

At school, I was the unpopular kid, and didn’t have many friends. I was so quiet that I never really connected with any big social groups. Even when one of the other kids at school publicly came out as gay, I was too terrified to talk to him because I knew I just wasn’t ready to deal with my own sexuality and feared I would become even more of a social outcast if I did.

At home I lived in a small village in the countryside so even when I knew I was gay there was nothing nearby to dip my toe into, so to speak. So I went through life completely detached from the LGBT community and became increasingly terrified of what the gay scene and other gay men might be like.

I’m not going to lie, I have always been very judgemental about the gay scene and the kind of guys that go there, probably because I have been a bit scared that I wouldn’t fit in, or that I’d be judged or end up disappointed and just hate it completely.

But recently I started making friends with some great guys who completely smashed any preconceived views I had. They are kind, funny, caring and well what anyone could want in a good friend.

While I have begun to forge that special friendship, I can’t help but wish I had had that kind of support when I was growing up. I can imagine it would have made not only coming out but accepting myself a lot easier, knowing that there was someone else out there going through the same thing. Which is is also why I really like GuysLikeU so much because it makes guys everywhere feel accepted!

Don’t get me wrong. The friends I did have were amazing and extremely supportive but it is hard for them to understand a lot of the things a gay teenager goes through if they themselves are not gay. But even though it may have been a long time coming, I am happy to have started to make some great friends in the LGBT community and I would like to publicly thank them for all the support they have given me. Thank you!

Because of my separation from any gay friends and the gay community I was very late in coming out. I think that as I had a complete lack of interaction with any gay friends, I never felt the need to come out and would have quite happily gone on without doing it.

My friends were very supportive and of course very curious about what was going on in my head and had lots of questions. My parents had mixed reactions to me coming out; mum was great and although dad was okay with it, it was clearly something he didn’t want to discuss or talk about

With no gay mates I only ever really had gay guys from TV shows to relate to – and as we know TV tends to pander to typical stereotypes. So in my mind I perceived all gay guys to be overly flamboyant, overly confident, bitchy so and sos who’d make catty remarks to one another, and judge each other.

Having never been part of that culture I just assumed this was a true if not close reflection and it terrified me to be around that as it was so far removed from what I am or who I was used to being around.

I am, happily, slowly finding that this isn’t the case and that there are all kinds of LGBT people out, a lot of them actually like me. And that makes me happy and accepted for the first time.

To anyone reading this who has gone through the same kind of experience of confusion and insecurity and without someone close to talk to about their sexuality that the LGBT community isn’t half as scary as you might have in your head.

Reach out to people, whether it be online or someone at school. You could end up making some amazing friendships that can really relate to your problems and help you through them. There really are some great people out there, take it from me. But if you ever need to talk to someone and feel like you don’t have anyone please contact me.