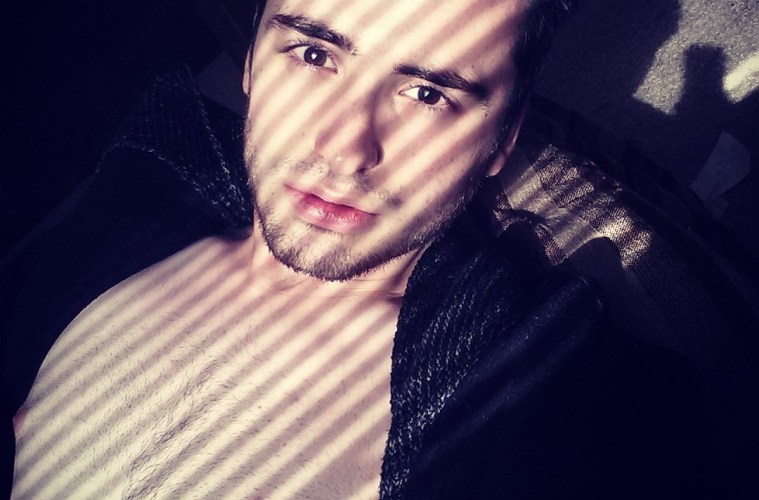 It’s funny what people get weirded out about sometimes. In the straight world if an older guy dates a girl, there’s no issue. But in the gay world, if a young hooks up with an older guy, people get bent out of shape! Here, 19 year old Alexander Brunton explains why he prefers the company of older men….

I have always been attracted to older guys, it’s just been something that I’ve always enjoyed. I see something beautiful in a mature man’s eyes. There’s story there.. but not just story. There’s experience in what and who they are. I’ve always preferred my boyfriends to be around 30 to 40 something. But sadly a lot of men I find myself attracted to don’t want to date a 19 year old. So it’s hard to find someone who would actually want to be with me.

A lot of people think it’s strange that I find older guys attractive, but there are a lot who see it as something beautiful. In the gay community, we experience a lot in our lives but I never understand why my generation is so quick to judge people about their age, body, colour of skin etc. I see beauty in everyone. And especially older, more mature men.

When I’m with one, I get this feeling of a guys who has lived a full and successful life. That’s something young guys could never give me because they have no story, maturity, no experience.

For me, older men have more to offer because of the experiences they have been through. They have more to say, more confident and are usually more content in their lives. They don’t go around always trying to justify themselves like younger guys tend to do. They have gone through a lot of tough times over the years in terms of their sexuality. Ten, twenty, thirty years ago, it was harder to be gay and be accepted. Some have fought for what we younger gay guys take for granted and we owe them a lot. Of course, we still have some issues but we are way closer to our goal than back in.

Sadly I think some younger gay guys disrespect older men. But that’s the arrogance of youth and these kids think they rule the world and forget that older guys have been there and done it. But without them, we wouldn’t probably have so we should respect them. I do not like disrespect which is why I don’usually get along with younger men.

My family is really open minded to the fact that I like older guys and do not get offended or weirded out by it. My sister is 29 and is with a 63 year old man. She is very happy. So I guess it runs in the family. But my friends are different than my family. Some think it’s weird but a lot also see it as something good for me as they can see that I am happy.

That said, I have to admit there are some down-sides with the age gap because of we have different views. I’m usually more open minded on everything, where as older guys tend not to be.

At the end of the day, we all have different tastes. I just happen to find older guys attractive. Who is to say that that’s not right? I am not hurting anyone, I am just living my life and if people don’t like that then they can just keep their noses out of my business.