‘I don’t let my HIV status control me – in fact I have never felt freer!’ 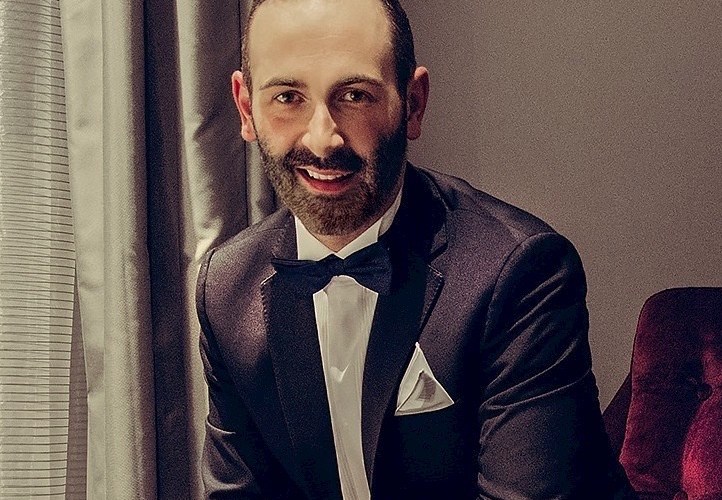 Photographer Mark Leeming opens up to GuysLikeU about how he refused to let his HIV diagnosis stop him from living his life.

Although we live in liberated and understanding times, there are still moments and events in our lives which will knock us for six. But most of us are resilient – we get knocked down, and we get back up again.

Take Manchester-based photographer Mark Leeming, for example. When he was diagnosed with HIV in 2oo2, he felt as though he had nothing else to live for, gave up and hid away. But then, as the reality of his condition sunk in and it was clear that life could continue as normal, he realised that living with HIV didn’t have to be something that destroyed him.

And so, from that moment on, he took life by the scruff of the neck and took control. Now in 2016, the world is for the taking as he launches his critically acclaimed BeardedBrute project.

Here, Mark tells GuysLikeU how hard it was to hear the news he was HIV+, but also how he learned to live again.

You were diagnosed with HIV 13 years ago. How did you feel when you were told the news?

When I first found out it terrified the life out of me.  It was 2002 and I had only been out a couple of years.  It had taken me a good six to build up the courage to even come out and then after having only one partner this happened, although I hasten to add, it was not from my first partner that I became HIV, but that’s another story. When I found my diagnosis, I felt so alone because I didn’t know anyone else around me at the time who was positive too. 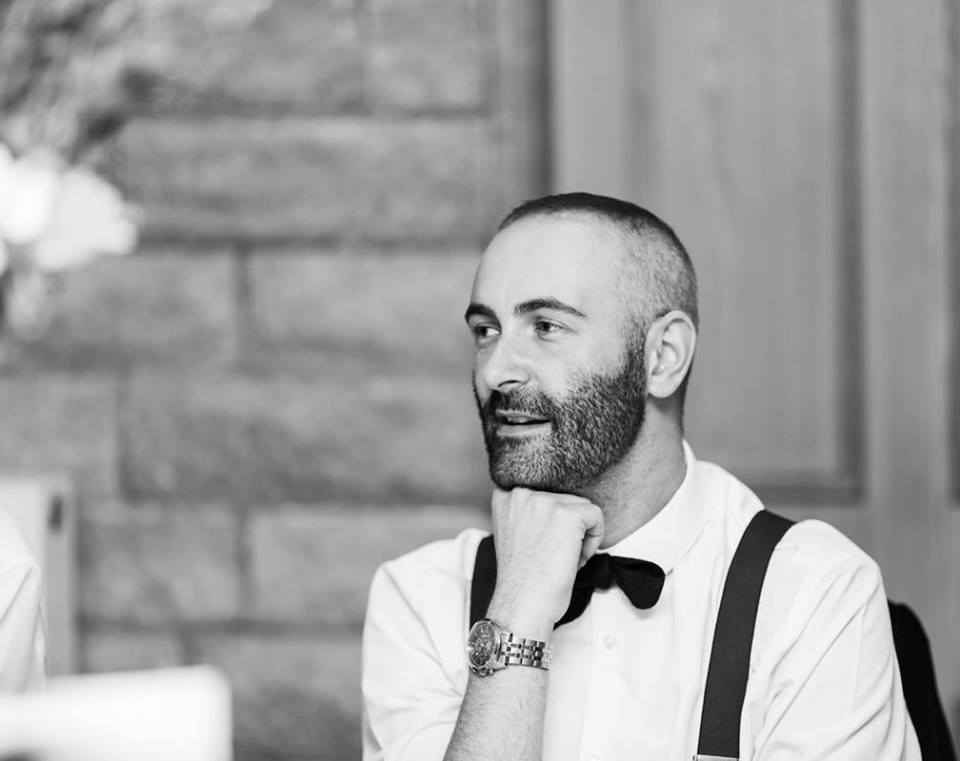 How did your friends and family react?

It hit my parents hard, they, like me were so naive about it.  We had never been educated about it, unlike in schools now where I believe it is brought to the table much more in sexual education classes.  There is far more awareness, which I love.  Nor is it as controversial as it used to be, and it shouldn’t be either.  It has taken far too long for the education system to change its syllabus but I am glad they finally talk about it.  Kids today are far more educated that I ever was, although I do understand that a lot of schools do not talk about HIV and AIDS which is wrong.

A lot of people would feel crushed and directionless by that diagnosis. Did you? And then how did you turn it around.

For the first month or so after I found out I was getting wrecked nearly every night.  I derailed quite badly and would just drink until I forgot.  The whole ‘why me?’ floated around my mind for months afterwards too and it took me to quite a dark place, where I just wanted to give up. I had the emotional turmoil of telling all my family and close friends, which just brought it all back every time.

I would say it took a number of years before I thought, ‘fuck it, this is just a small part of me’.  It does not nor will it ever define me.  I had to dust myself off and try again, and I did just that.

That must have been hard though.

Of course! I hated how it had controlled me for those years but then enough was enough. I was fortunate to have a partner later on who viewed me as a person and not a walking STI. Sounds harsh and a bit shallow but some people do.

Really? Even in this day and age?

I recently was to meet up with a guy and I had held back from the HIV conversation just as I would like to meet and then tell him once he had actually seen me.  We met had a lovely evening and decided to tell him on a second date. It was eating away at me a bit so I called and told him and the response was ‘oh…that’s not for me’.  Like its was a choice I had made or a style of clothing I had bought.  Years ago I would probably have burst into tears.  But my reply was ‘jog on’.

Good attitude. So are you open about you status these days?

I now fully and freely disclose my status to all and sundry and am proud of it.  Many people ask about it and how I coped and so on and I am just honest with them.  There are no violins playing on my shoulders.

You sound like you have taken control of your status, that you don’t feel trapped by it.

No actually I feel free, it has truly made me lead my life so so differently.  My outlook is more much more positive, I don’t second guess myself or my creative abilities anymore. I just throw myself out there. Do I care what people think? Do I hell!  What is the point in living in a world where you care what others who have never met you think?  You will get judged, you will be disliked sometimes, but just keep doing what you’re doing.  If you’re not directly hurting anyone then what’s the problem? 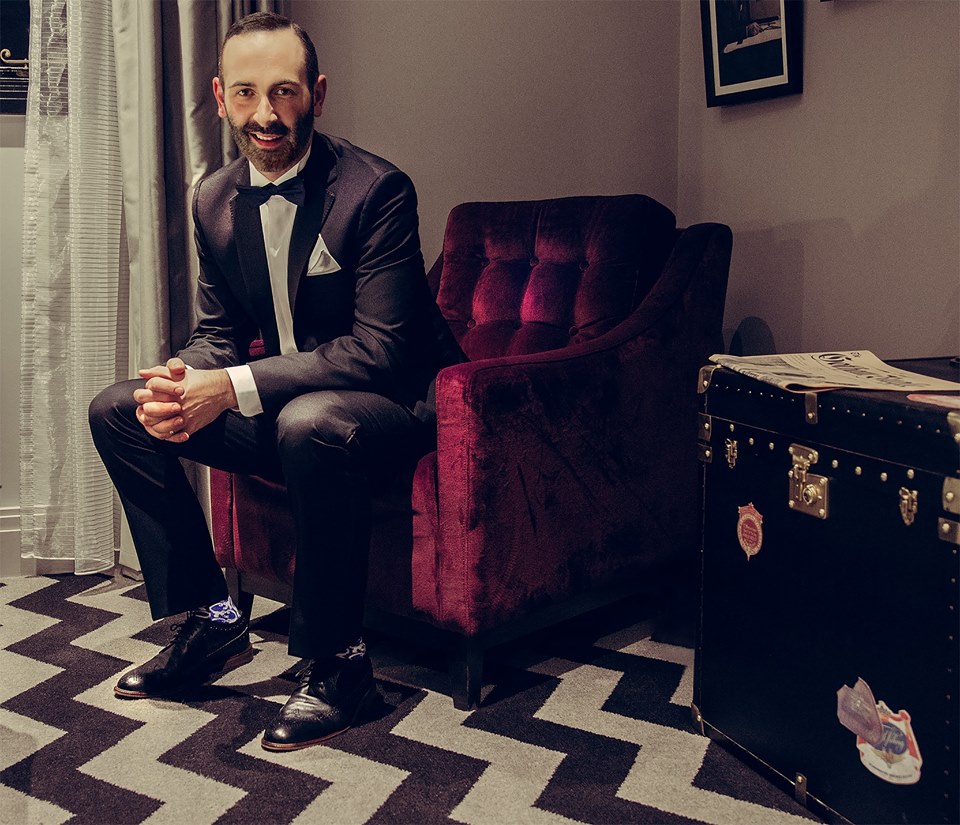 Making yourself happy day to day is so important.  As cliche as it is you DO only live once.  Don’t suffer in silence over anything be it a relationship, a job you loathe, friends who treat you bad.  It made me say a big ‘fuck you’ to the world and anything or anyone that projected a negative vibe on my life. There are far far worse off people than me in the world.  Look at the third world countries where people are dying every day with nothing like an NHS or any medication to prevent the illness.  I know I am incredibly lucky and so fortunate to be able to control my status every day and live a normal a life as the next negative person.

Live life how you want it.  I don’t let the HIV control me, but it’s helped guide me to a life that I cherish now and keeps my priorities in order. I just love to be creative in so many different avenues and being positive has given me that backbone of steel.  Stick and stones ain’t gonna break any of these bones darlin….