‘I began to question everything, delving into the darkest corners of myself’ 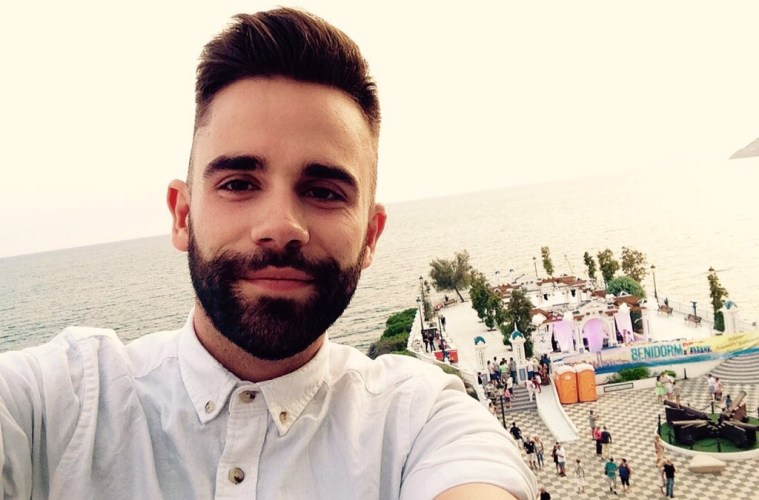 Travel writer and amateur photographer Daniel-James Beeson opens up about dealing with crippling anxiety and how he has tried to conquer it.

Some nights I would walk home from a perfectly great night out with a tear in my eye. What I thought was an over dramatisation of feeling like I’d not yet found my place in London, along with the intimidating nature of its gay community, was actually (I believe) a warning sign for something crueler coming my way.

These feelings of inferiority and isolation weren’t new; if anything I had adapted them to my personality and extrapolated them into my defence mechanism. I moved to London on my own, to be alone and start anew, repeating this over and over to reinvent myself in all manner of different ways in search of the one that fit. These abilities had grown from the aftershocks of being bullied in school and dealing with the pressures and anxieties of being gay.

I had never imagined the mind to be like a finger slowly pulling a trigger over a certain period of time. But one night, the shot fired and that energy was released.

It felt like I was suddenly understanding myself for the first time. The sensation of feeling like your subconscious is waging war on your conscious is petrifyingly similar to what I imagine a mental breakdown to feel like, and maybe it was.
I’d always been one to party to excess, along with all the trimmings that come with it and after waking from particularly a ‘heavy’ night something had changed.

I felt distant and detached from the world, like how a migraine makes you feel but amplified so much that it takes all you have to feel like you can exist. I honestly believed I was losing, or had lost, my sanity and the feeling of fright was more intense than anything I’d ever experienced. And it physically hurt.

After a week of pure distress, in which my life was put on hold, these painful feelings subsided and I was left exhausted but grateful I could start being me again. But a couple of further episodes later, following heavy nights, I eventually chose to visit my doctor.

It makes no sense to me now how it wasn’t obvious to me, but I never guessed I’d get a diagnosis of a mental health disorder, namely generalised anxiety and panic attacks. This wasn’t who I was. I didn’t build myself up to be knocked down like this from a couple of heavy nights – but I realised later that this was a bomb waiting to go off for some time, and my increasingly excessive lifestyle was the catalyst.
Following my diagnosis, I fell deeper and deeper into it. No matter how much I resisted, my hands were tied and it infected my entire world.

That’s the trouble with a mental health issue, as I know all too well –resistance is indeed futile and the more you struggle to hold on to your humanity the tighter a grip it will have on you.

It’s against human nature not to fight against a threat; combating this instinct is one of the hardest things I have ever had to do. It’s wrong, but a necessity in this instance. On the inside my mind was shouting, outside it seemed like I was calm and collected. I hope.

I began to question everything about my life, delving into the darkest corners of myself, unable to differentiate between true and false thoughts about the ‘reality’ I was living in. I wondered whether I belonged, if what I was doing was right, what my future might be and if I would be happy with it, was I worthy; those things you ask yourself on those lonely nights, except all the time and relentlessly.

These negative thoughts plagued me with constant headaches, distorted vision, nausea and the sensation of being on the verge of a nervous breakdown that was never going to come. Emotions cause physical pain, which was the worst thing about it.
It was like a song that I couldn’t get out of my head. Try now to think of something other than that song – it’s impossible. This is what people with mental health issues are faced with overcoming.
After two months of enduring and hiding this, I was prescribed the anti-anxiety medication diazepam, and assigned to CBT (Cognitive Behavioral Therapy) lessons to help me cope and start to deal with what was going on.
While the diazepam, which is highly addictive, was a temporary fix, the CBT lessons felt completely alien to me.

Talking about how to deal with worry, for example not being able to pay for the gas in your car, wasn’t what I was going through and while I learned some good metaphors for what was happening (like I’m the car and my anxiety is an overactive car alarm, yeah) and found it interesting I began to seek my own self-help methods of management and applied them to my situation.

I trawled the internet for similar stories, which proved very difficult to find – I discovered it was a niche topic in the LGBTI community. It was happening, but people just weren’t talking about it, quite understandably as the taboo is still rife in society. I realized I had to map this journey on my own.

I began with re-evaluating my lifestyle and teaching myself techniques to alleviate the distressing nature of panic attacks, giving me back some grip on reality and the ability to think straight again. This took, and still takes, time to get right and keep on track, and I’m not sure it will ever be 100% fool proof.

All the things I had put off in my life and knew I should address, for example going to the gym, my drinking habits and my somewhat unforgiving ‘bitchy’ attitude to the world, were put under the microscope and are continually being tackled.

Somewhere in my mind the connection was made that this, along with time, would be my ‘salvation’, encouraging me to learn to live and work with my illness and having an end goal in sight that would eventually pull me out of my rut.
I see a light at the end of the tunnel.

We are all different versions of ourselves, throughout our lives, and it’s important to remember where we’ve been, where we want to go and who we are now. Mental health issues aren’t always a story with an ending and everything I have done to accept and navigate through my personal issues I am still doing now and will always do.

Just know, that if you are suffering with mental health issues, as cliché as it is, it does get better and you can learn to use it to your advantage and accept it as part of who you are. Seek help when you need it, whether it be talking to a friend, researching coping mechanisms to suit you or even reading stories like this (which I hope has helped) and you’ll find your way.

There is an art to it but, lay down the weapons against yourself, call a ceasefire, let the warnings guide you and most importantly focus that power on positive change.
I couldn’t believe it was possible, and you might not yet either, that there is a path (your own path) through this. I do now.