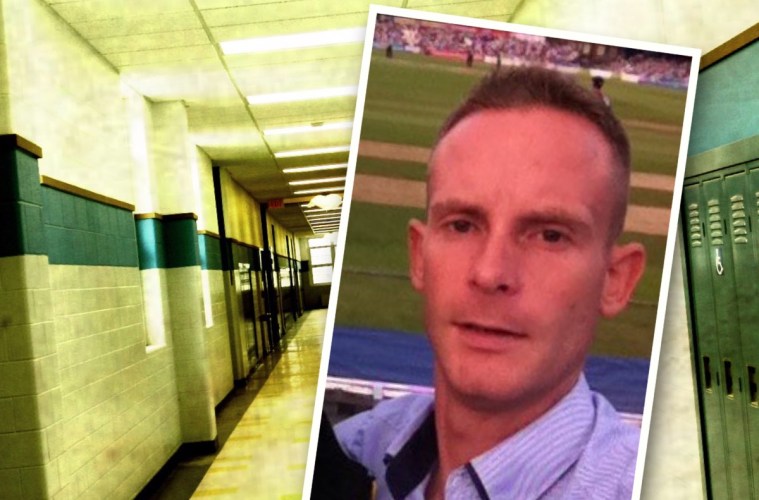 ‘I am an openly gay sports teacher and my students don’t care!’

Sports teacher Sam Schofield tells us that his sexuality at school has been met with only positivity and how he reckons the younger generation are more open-armed than ever.

We hear so many horror stories these days about young guys being persecuted for their sexuality that we rarely hear about the positive ones. But rest assured, we do actually live in a world where integration and positivity is rife. Here, GuysLikeU talks to school’s sports teacher  and Cricket Coach Sam Schofield about how his sexuality hasn’t caused a fuss at school and how he believes that the younger generation are more open minded that some people would give them credit for.

So you’re a sports teacher – as a teacher have you always tried to maintain your privacy?

I have never seen it as something that I felt I have needed to keep private or shout about, i I am honest.

So you were always quite open with you fell teachers then?

When I first started none of my colleagues knew, although apparently one did suspect early doors. It was a few months into my job where there were a few comments flying around the office and I thought it was best to let everyone know.

When did you hear that some of the pupils had found out?

Well, according to a member of a staff, a pupil went to see them and talk to them about it, saying the students all knew I was gay! To be honest, I am not bothered about the students knowing. Why should I be? I see it as a positive thing, even though it is not really any of their business. The fact it did not come from me is the only part I was not comfortable with.

The reaction or rather lack of reaction suggests that it has not changed things at all. Apparently some of the boys had known for longer than I knew they had known and nothing had changed, so it is a credit to them and the way the school has helped shape them on issues like this.

That is so heart-warming. Were you surprised by this lack of reaction?

I guess so. I thought there might be more ‘playground’ banter and comments but as far as I am aware there hasn’t been anything obvious. Maybe they are quite good at not getting caught!

Are you surprised how young people are so open and embracing of issues relating with sexuality?

It isn’t overly surprising because I think sexuality of all types is becoming more accepted in society. Obviously there is still a minority who disagree, but I think on the whole with the great work that certain groups (Stonewall) and individuals (Dustin Black) do to promote equal rights and the struggles people have gone through to make life easier for us now, we are in a much better place. Along with the education that is provided to the youngsters, it is a subject that is a lot easier to talk about than what it used to be.

Has your school had any problems with homophobic bullying – is there zero tolerance policy?

As far as I am aware we do not have any issues with homophobic bullying as such. If anything, it is certain language that gets used that has a zero tolerance. I guess we are like most other schools in our approach to all kinds of bullying in that it is not acceptable and is dealt with appropriately.

Do you have very openly gay kids at school – how are they embraced by fellow pupils?

There are openly gay children at school and are treated no differently by their peers. In fact one has an important role of responsibility within the school council.

That’s very reassuring, as  that doesn’t happen in every school. Teaching sports, are the young guys you teach very all-embracing or have you experienced any incidents of homophobic comments.

I haven’t had any issues directed towards myself, it is usually just silly comments like ‘ah that’s so gay’ or ‘batty man’. That is my cue to educate them into what those words mean and how it might effect others and that it is not acceptable in any walk of life.

In terms of sex education at your school, is gay sexuality incorporated into the curriculum.

That is a very good question and I do not know the full answer, I do know it is discussed in more senior lessons. To what extent, I would not know.

Taking us back to your school days…. what was school like as young gay guy back then.

I have only been openly gay for about three years, so when I was in school I was just curious and had relationships with girls. I always had feelings towards guys, it was just a case of growing up a bit more and being able to explore that avenue in a more comfortable environment.

Were you bullied about being gay even though you weren’t out?

I was always curious but I was in an environment where it would not have gone down well and the term gay was always used in a derogative manner, whether you were or not. It was the go to put down comment. As it was a confusing time for me, there was no need to make anything public.

So when did you finally come out? Was it an easy process at home?

As I said, it was about three years ago and it was to my mum who was absolutely fine about it. I had to tell my brother via email as he had just moved abroad. It then filtered through to other family members via cryptic Facebook statuses. I made a cheeky comment that I should have made a YouTube video like Tom Daley, as he was stealing my thunder by doing his a couple of weeks after I came out.

You obviously wanted a career in teaching sports – as a gay man was it a career you found easy to break into. Or was it a very ‘man’s man’ career.

It is something I have always had a passion for so was a no brainer. When I was 15/16, my coach pushed me into getting qualified and loved it ever since. For me, if you love helping people enjoy sport and them becoming better at it, them sexuality or being a ‘man’s man’ is irrelevant. I have been very lucky to be able to do something I love since leaving university.

Were there any obstacles – did your sexuality ever become an issue?

I have been very lucky to not come across any issues. I think this is a combination of the places I have worked in being great places to be and also I am not obviously gay (my friend’s words not mine). A lot of them were surprised when I came out, so unless someone directly asks me it is not something I feel I need to tell people.

How different back then was the way your school dealt with homophobic bullying?

I am guessing it wouldn’t have been dealt with any better than it is dealt with nowadays. I think the main difference would be that certain language is clamped down on harder now then it used to be.

Do you think we have come along way scene your days at school?

I believe it is a totally different world compared to when I was at school. There are more outlets to go and speak to people about sexuality, education about sexuality is more in depth and openly discussed in lessons. Children seem more accepting of people who are gay and it seems less of an issue. The fact that more kids are openly gay in a school environment says a lot about the way things have changed and is a credit to the people behind campaigns and the schools themselves.

Do you think young people get a bad rap?

I don’t think enough is made of the good things they do, as it is easier with anything to pick out the negatives. It is important that youngsters are encouraged at every opportunity when they do something good. There is enough going in the world that is negative, we should make the most of the positives!