George Hankers: ‘I was diagnosed with HIV at 19 – I didn’t think it happened to young people’ 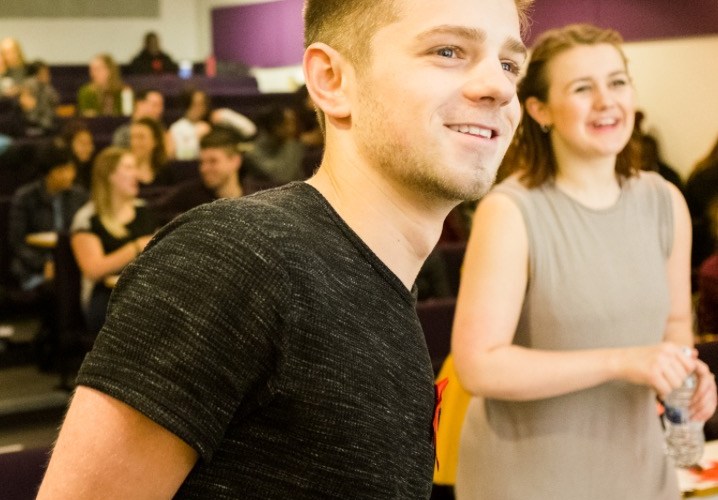 George Hankers tells GuysLikeU about his new blog which aims to serve as support to young people diagnosed with HIV.

In order to give other young people living with HIV some sort of community and support, George is launching a blog called Still Human, which will offer advice on coming to terms with the facts and also to educate to (hopefully) prevent future diagnosis and bad stigma.

So, George, you’re starting a blog?

I am yes. STILL HUMAN is aimed at an audience of young people living with HIV and to promote safe sex awareness. The name itself is pretty self explanatory – I want to tell the world that an HIV diagnosis doesn’t define someone and they are in fact still human beings. I myself have been living with the virus for 2 years now, and I want to help young people, like myself, who are also going through the dramatic life change.

You’re only 21 now, your diagnosis must have been hard to deal with…

When I was diagnosed, I was at an age of self discovery and to have a hurdle like an HIV diagnosis to deal with was an extra struggle on top of finding who I really was as a person.

How do you think this will help young people?

When I was diagnosed with HIV, I thought I was different – I didn’t think it happened to young people. It’s not something that people really talk about – especially in my age group. But the truth is HIV doesn’t discriminate age, gender, race, sexual orientation. I think, as young adults, we want to be instantly grown up and we don’t like the thought of having to go to someone else for support. But, the truth is, growing up isn’t easy and underneath the superhero mindset that we tend to have, there’s usually a lot of insecurity and need for dependance. It’s important to know that there is support out there.

Absolutely. So your blog is like a support group?

That’s the idea yes. Support groups can be very daunting to go to – I’ve only ever been to one – and I felt so nervous to present my status to a group of people (even though they were all positive too!) The blog is designed for those people who may be too scared to publicise their status or maybe even who don’t have the time to go to a support group.

And also to educate, I guess?

Education is so important. I thought I was given a death sentence when I was first diagnosed with HIV. It wasn’t until I learned about the truth of the virus that I actually became more comfortable with it. Before I was diagnosed, I confess, I didn’t know a lot about HIV, and even if I thought I did, a lot of the information was incorrect. So, I also want to reach out to young people who are HIV negative to set the fact straight, promote safe sex awareness and assist in ending the bad stigma that still surrounds HIV today.

Thank you. By no means am I in a place I want to be – my journey is still really only just beginning, but no one deserves to suffer in silence.
Visit www.stillhumanblog.com
Twitter: @StillHumanBlog
@GeorgeHankers