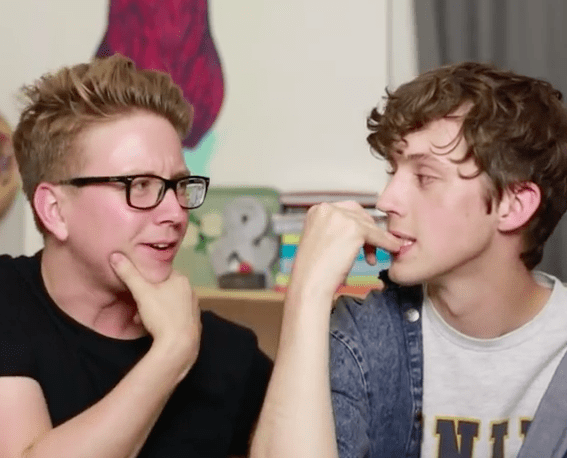 GuysLikeU regular contributor Hadley explains why he thinks the LGBT YouTube stars are so very important!

YouTube has given birth to a brand new generation of celebrity. The contemporary ‘internet celebrity’ crown is being worn by many a YouTuber. Individuals who sit in front of a camera, alone in a room and talk for five minutes. Discussions ranging from hair products, to books, to politics – no topic is off limits. Whilst many of us would not really pay attention to this rising group of tech-savvy vloggers, they are making a huge impact amongst young people, especially teenagers. The incredible power that seduces audiences to flock to their favourite YouTube channel, watching the daily lives of these ‘celebrities’ unfold, seems almost incomprehensible as a lot of what they say is so mundane. Yet, millions of YouTube users subscribe to the most popular channels, resulting in these every day young people move from university student to celebrity in the click of a mouse. Amongst this sea of video-makers, young gay and bisexual guys are taking to our screens to discuss what it’s like growing up gay or bisexual in 2016.

I’m sure some of you will remember the ‘It gets better’ campaign, which encouraged LGBT people to post videos about their experiences of life as a young LGBT person. Given an extremely shocking period of suicides amongst LGBT teenagers, it was no surprise that thousands of people took to YouTube to share their stories, whilst giving youngsters hope that life really does get better. I can remember watching my first ‘It gets better’ video and being blown away at how powerful and moving it was. 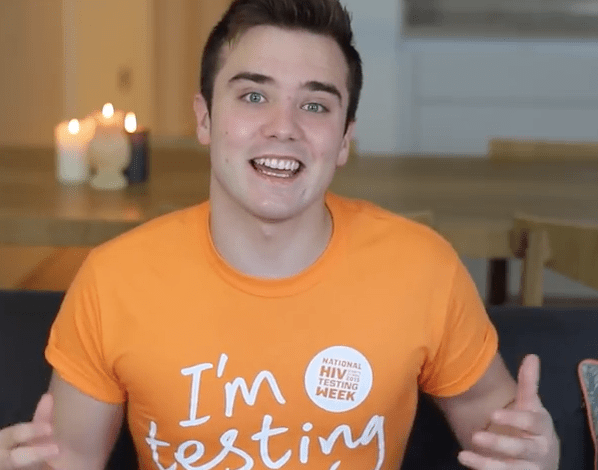 Today I feel as though this campaign has been somewhat side-lined and the internet (as it always does) has moved on. A new generation of inspiring LGBT young people have filled the gap, by speaking to openly about some of their own personal struggles. These YouTubers come out, talk about bullying and chat about relationships on their channels, doubtlessly helping those sitting in front of their computers with some of their inner angsts.

And what’s so wonderful about the work done by these vloggers, is that it allows their audiences to grow up with them. Many young people watching these YouTube videos may have never spoken to another gay or bisexual person about his experiences. Here, they can have some of their questions answered, within the safety of internet anonymity. Equally, they can discover the personality of the person behind the camera. The problem with the ‘It gets better’ campaign was that five minutes simply wasn’t enough time to tell a detailed account of your life. Gay and bisexual vloggers are providing us with a 3D image of what it’s like being a gay or bisexual guy – the highs, the lows and everything in between.

Tyler Oakley used his online presence to raise money for the Trevor Project, a charity that helps prevent suicide amongst young lesbian, gay, bisexual and trans people in the United States. Closer to home, Calum McSwiggan has talked openly about LGBT topics. He describes his channel as ‘making videos about gay rights, mental health, sex education and everything in between’.

So you might think it’s a bit geeky – maybe even egotistical – sitting in front of a camera every day and talking about your life, but I think we’re all underestimating the power that internet celebrities have. Personally I think it’s positive that they’re putting this power to good use – helping young people – rather than abusing the platform they stand on. I’m sure they didn’t set out to inspire a generation, but thankfully that’s exactly what they’re doing.