VOICE EXCLUSIVE: Tom Rickels – ‘I was hesitant for years about being honest with myself’ 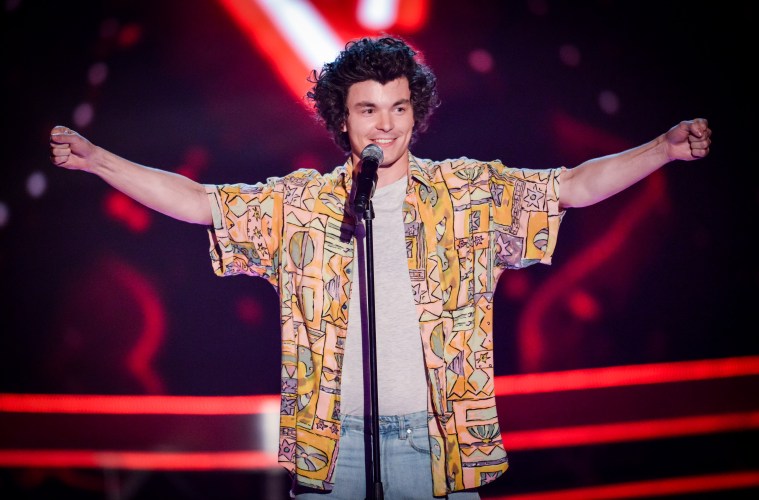 Who didn’t fall in love with 23-year old Tom Rickels on The Voice UK this week. With his tumbling black curls, smiley chops and that super-smashing voice, he hit the viewers in the right spot when he banged out a note-perfect Jason Derulo/Ellie Goulding mash-up at his blind audition. And he impressed the show’s coaches, Paloma Faith, Will.I.Am, Ricky Wilson and BoyGeorge,

We caught up with the talented chap from Bristol to chat about his experience on the show, his close relationship with his mum and family and how Clare Balding changed his life forever….

What made you want to go on The Voice?

Picture this. Me and my mum watch the show every year, under a duvet. No one else in the house is bothered about watching TV, so it’s just us. And every year she says, ‘You should do that. I’ll be that crazy mum, Tom, crying in that room, screaming and crying and cheering. And I’ll be so proud.’ So this year I thought I might as well try it asI live for music so much that I forget reality. And I thought maybe I should just do it for your mum. So I did. 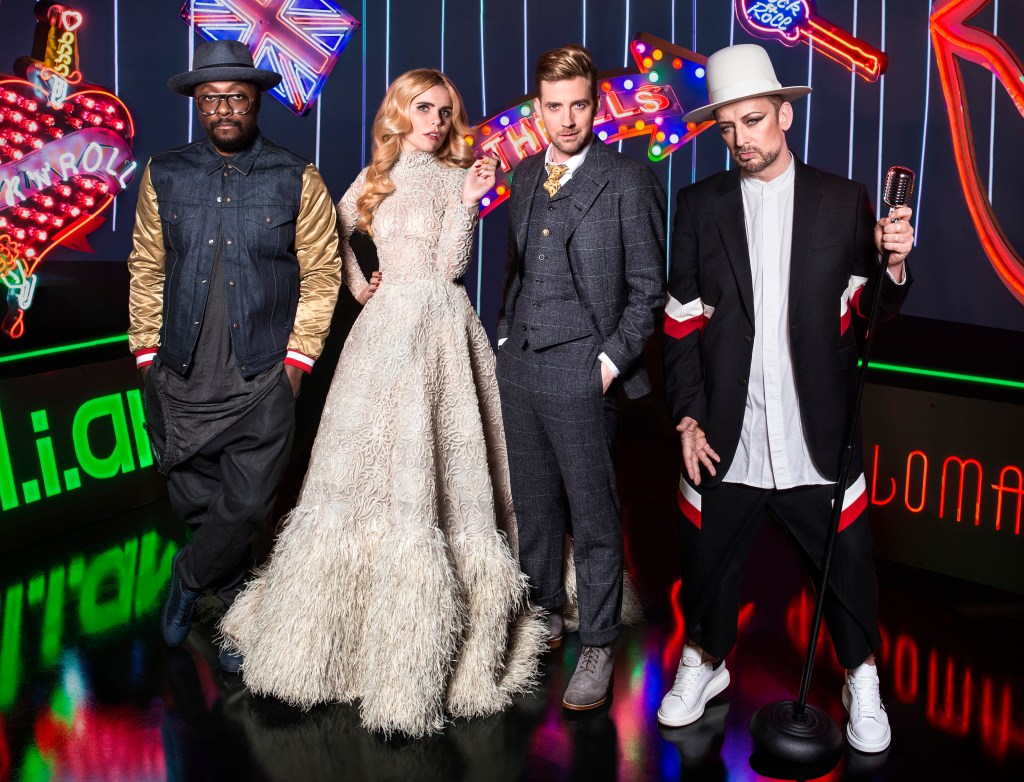 Was she a mess at the auditions?

She was a typical northern mum, bawling and crying, she actually lost her voice for a week. She’s hilarious! My whole family are so proud of me. We are all so close. I couldn’t have asked for better reaction.

Before you went out there were you nervous about the judges?

Totally. I mean Ricky, Paloma, Boy George and Will are people who have forged careers that have lasted decades, so I was terrified about auditioning in front of them. In fact I was bricking that they’d stop me half thru and tell me to shut my pie hole, but they didn’t. So I hoped they enjoyed me. I would have loved to have been coached by anyone of them

But you picked Will.

He’s like the boy, isn’t he? He produces the kind of music I want to do and I write similar stuff to what he produces and I thought he’d be the person who could give me crucial advice about moving forward.

And he’s eccentric and inventive, which is always good.

He’s a man with a plan but we don’t know what the plan is. He’s been dropped on his head. He is wonderfully weird.

When you were younger what kind of music did you like?

I grew up on the Corrs and young Adele and music with a country twinge.

Had you tried to break into the music industry before?

No, not really. I was very boring. I did a few videos in my room and put ‘em on YouTube. But then I just thought for years it wasn’t realistic to think I could make a go of it. I thought you just go to school, go to uni then get a job. I never thought you could make money from music. It just wasn’t very realistic. I mean I just assumed, it was a vulnerable industry where you can’t make money form it.

Of course, things have changed and it’s easier to get music out there, via YouTube

Yes massively. I am in the driving seat. I have a few subscribers already on YouTube, which I’m chuffed about. I was so surprised that I asked my mum if she’d convinced people to follow me. But she says she hadn’t and that she couldn’t even turned on a computer.

What was your guilty pleasure music?

I was a massive Corrs fan, especially their song Runaway. I remember being on a caravan holiday and spending hours doing dance routines to it. Looking back I think ‘what the hell was I doing?’ I must have been a troubled child. We can’t imagine much of a routine to The Corrs Runaway.

You’d be surprised what you can do to that. They say that Miley Cyrus came up with twerking, but I think I may have done it first in that caravan in the south of France.

I like to think I wasn’t as camp as Glee, you know, ‘come on guys let’s sing a song!’ I had a nice upbringing. I was confident through school, I was popular and everyone knew that I was the music guy as I wouldn’t stop singing or humming. Then I did the school talent show and won it.

Normally the creative types get it in the neck from the sporty guys?

The school where I was had a very laddy culture. So a guy who likes to sing and write music never normally fits in.  and say to myself ‘Screw it, this is what makes me happy, this what I want to do for the rest of my life, stop worrying about everyone else.’

So were you bullied?

Everyone, when they grow up and find their feet especially in terms of their sexuality, and decide who they are, everyone goes through a bit of that. I wrote a song about it on YouTube called IAmStrong. Luckily, although it sounds lame and clichéd, I have two incredible brothers who supported me completely and they’d say to me ‘you don’t have to be the football guy, you have an amazing talent, don’t let us define who you really are.’ And that’s lovely, even though it sounds a bit lame.

How did you come out to your family. We assume with a mum like yours, she probably told you.

My coming out story is funny. I played football with my brothers for eight years, so I was never seen as a stereotypical Glee guy. I was never that obvious. But when I was 18, I was at uni and had come home for as few days. Me and the family were watching Wimbledon on the TV and Clare Balding popped up on screen and my mum turned to me and said, ‘I really respect Clare Balding, she’s an openly gay woman and does what makes her happy, she doesn’t care about what any one thinks about her. She’s happy and I respect anyone that does what they have to to make themselves happy’. And then, as if by magic, everyone turned to me and smiled. It was lovely. It sounds like it’s out of a sitcom but it was such a beautiful way of doing it, because I didn’t have to do anything. It was a reconfirmation, if I ever needed one, that my family loved me no matter what.

Did you burst into tears.

No. After a few seconds of them staring at me, I said okay, I get it, I see what you’re trying to do and then we carried on watching Wimbledon. I’m happy and open but I don’t want to be seen as just a gay singer. If I was straight, noone would ever refer to me as the straight singer.

You have a twin – are you both crazy alike?

I’m close to both my brothers, but me and my twin are weird. I think we must have been dropped on our heads, when we’re together we are just weird. I cant believe we’ve not been sectioned yet. We walk around the house like penguins, and I call him Rhubarb. But we are very different in that he doesn’t do music like me. Everyone else is quite sport so I’m the black sheep.

So after the show… you’ll either get a record deal if you win. If you don’t what are the future plans?

Well write a song as irritatingly catch as Fleur East’s Sax. It’s played everywhere. The writers must be rolling around in dosh!

Well, fingers crossed. Well, I think I am bloody good at what I do and this is a great platform, so hopefully someone will see that in me.

The Voice UK continues every Saturday night on BBC1