Dean Pallister: ‘I can finally stand in front of my bullies and say “I’m gay” and proud’ 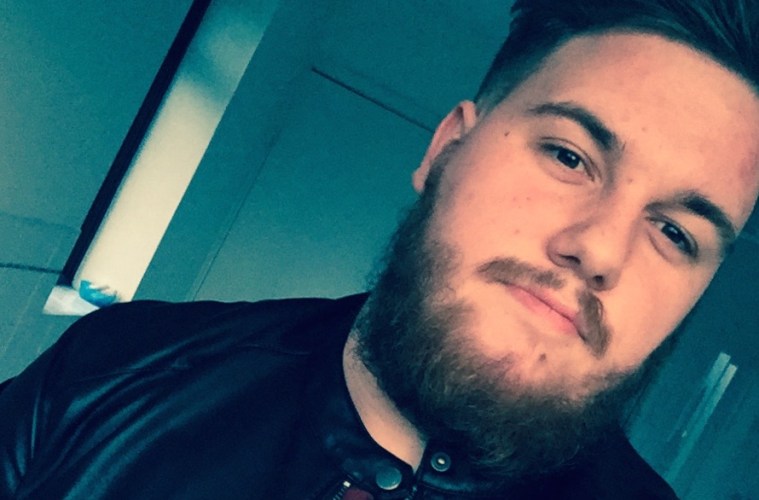 It’s hard to believe that even in these more accepting times, bullying is as ever present as it ever was. According to new research from anti-bullying charity Ditch The Label, over half of 12-20 year old people up and down the country have been the victims of bullies.

Which is why GuysLikeU is so keen to share stories from young gay men who’ve been through the worst of times and come out the other side, so that those still in pain can find some hope.

Here, 18 year old Dean Pallister from Darlington shares his story about how he came to terms with his sexuality and how he dealt with the boys at school tormenting him for being gay!

Dean, when did you realise you were gay?

I realised I was gay about the age of 11/12 when I was in school, I always felt different to every other guy in the fact that I never felt anything for a girl and that’s all they would talk about. I always kept myself to myself really in fear of anyone figuring me out before I did myself. It was the hardest five years of my life because things kept being repeated or let stuff slip and many people started spreading rumours and making fun of me.

I kept it to myself for about 7 years. All the way through school and for the first few months of college.

Was it something you were worried about? Did you go thru the period of not wanting to be gay?

I was terrified about it all. I was scared that being gay would stop me from being able to do certain things and I limited my friends because boys thought I was gay and bullied me for it. Over the years I asked out many girls and had relationships with them in a way to cover it up. I tried to force myself to fancy them and for the feelings to go away. It was awful and I never knew what to do.

Who was the person you were most worried to tell and what was the outcome?

My group of friends. I was so scared they wouldn’t accept it or they would see me differently, but as it turned out they were amazing all through it and then helped me and accepted it. Even to this day it’s something natural and right.

Wow! What were the reactions?

My mates were so happy about it and they just accepted it. No questions it just sort of fell right into place.When I told them about Conor they were just really really happy for me. They made me add him to the group chat and they were so kind about it. It was such a nice feeling.

So when did the bullying start?

The bullying started in around 2009 when I was Year 7 and it continued for about 5/6 years until I’d left school.  I got called gay boy, fucking queer, bender, fag, it was awful. There was always one boy who said it from a rugby team I wanted to play on and it always scared me off.

Did it get physical?

I was beaten up twice at school and made to feel small and worthless and it knocked me really hard. I didn’t want to be alone and it stopped me wanting to be me. Stop being Dean. I became someone else after it.

Did you tell anyone? Or did you keep it to yourself.

I reported the attack to the school because it was obvious something had happened, but the online abuse I’ve never told to anyone it’s always been secret and it’s always affected me.

Were you able to speak to you family? Or did you feel embarrassed to talk to them?

I haven’t told my parents yet because I’m really scared of their reaction. My dad can sometimes make homophobic comments and it scares me how he will react. Me and Conor parted way a while ago but I have to admit I do want to introduce a boyfriend to them one day and my dream is to get married and I want them there.

During the height of your bullying, did you ever feel like life couldn’t go on?

I got really low and sad after certain things had happened and I never really knew where to go. It changed me mentally over time and I stopped going out or going to school because I didn’t fit in or didn’t see myself there. I gained weight from eating and it knocked my confidence so much. Luckily my friends kept me going.

When did things start to change?

About July last year everything changed and felt so much better and I felt stronger and more confident. I came out just a month later because my friends had helped rebuild the old me, the happy me and they supported me all the way through.

Was it easy to get over? Does the bullying still play on your mind?

The comments and negativity always played on my mind and always made me doubt myself a bit but being openly gay now and being able to just be me even if I see them is amazing.

Have you ever met the bullies years later – have they apologised?

I’ve never had an apology but it’s something that no longer hurts me. I can now stand in a mirror and say ‘I’m gay’ and I can stand in front of a bully and say ‘I’m gay’ because I am proud. I don’t look any different for it, I’m not disgusting or evil I’m just a gay 18 year old boy.

What are you doing now and how is life now?

I am now 18 years old and I’m studying photography at college and I’m starting Uni in September. Life has changed so much for me. The darker past is behind me and it’s all looking forward. I’m way more confident and I’m now wanting to help others who have been through this to understand it gets better.

If you are having problems with bullies get in touch with DitchTheLabel.org