A 22 year old athlete admits: ‘Chemsex is not for everyone, but it is a part of my life that I enjoy!’ 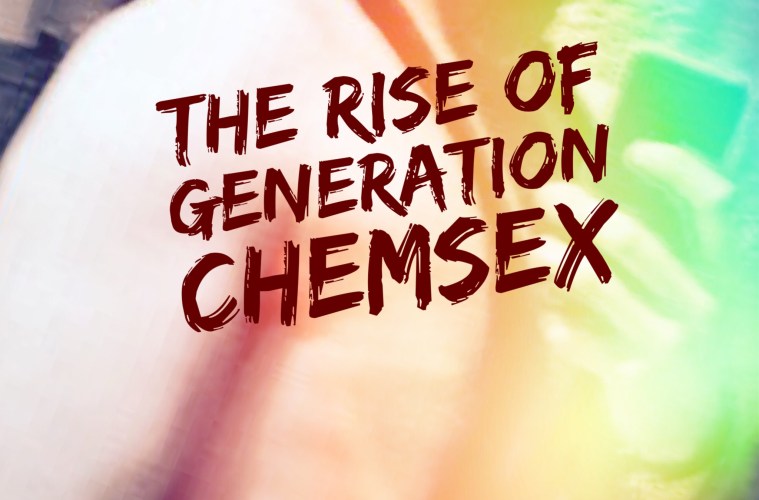 A 22 year old former athlete opens up about how chemsex has become an integral part of his life.

As in every walk of life, the gay scene has always had a dark side where sex and drugs have gone hand in hand. But the recent rise in chemsex culture – where gay guys have sex under the influence of illegal drugs – appears to be at a stage now where health concerns have been raised as doctors reveal that HIV rates and sexually-transmitted diseases cases among gay men are rising rapidly.

We all have opinions about chemsex culture. Most of us will be appalled at the idea of guys spending endless days having group sex (often unprotected) whilst on mind-bending drugs. Others embrace the scene and incorporate it into their social lives as if it were part of their day to day lives. Some can manage their sexual and drug needs sensibly (taking precautions, getting STI checks and so on), while others become so lost in a world where sex and drugs becomes so all-consuming that they are left empty shells or worse, dead!

At GuysLikeU, we encourage people to share their stories. In most cases, the stories are aspirational tales which tell of people who have been through a tough time and come out the other side.

Here, however, we meet a 22 year old former athlete who opens up in the most brutally honest way about his life on the chemsex scene. Unlike the chap we met several months ago, who spoke about how it almost ruined his life, he explains that he enjoys the lifestyle and has learned to factor it into his every day life.

If I’m honest, I was initially unsure about running this piece. Why? Because it is brutally frank and doesn’t pass comment on the dangerous  lifestyle itself and didn’t want to be seen to glorify it. But as it is written by a 22 year old young man – yes 22! – with a great job and a bright future, I felt it important to show that the chemsex scene is not necessarily made up of people who are toothless, zombie-like junkies, as some of us may think it is. In fact it is actually a world – albeit a dark one to many of us – where people you probably sit next to at work are enjoying an open and in some cases reckless lifestyle. I also decided to run this piece to show that not everyone on the scene is thoughtless or careless and that although they may partake in a lifestyle alien to many of us, they are cautious about their well-being.

Please read this young man’s story with interest and please let us know what you think in the comment section below.

When I first moved to London at 18 years old, I had the world at my feet (well at my skates more accurately!). You see, for around eight years, I was a committed athlete, representing England as a competitive figure skater.

I was up at 4am training, working hard at school and then back on the ice late into the evening. But alas, I wasn’t naive and whilst I was a talented skater, I knew I was never going to grace the screens of the nation a-top of the Olympic podium with a gold medal around my neck. So, being a hard-working, bright young lad, I turned my attention to university. And it paid off, securing a place at King’s College London to read linguistics.

But living so much of my life in a rink during my teenage years separated me from the other young budding individuals at uni. They seemed, to me, to be somewhat uncertain of who they were (as we all were), where as I was rather comfortable in my lycra skin. I’d achieved a lot and worked hard and was always surrounded by adults who were equally as hard working and sure of themselves – I found myself a bit of a lone wolf in the university halls.

As a sociable individual, I capitalised on the other aspects of my personality to make friends and began to explore my sexuality outside of uni halls. It wasn’t long before I stumbled across the multi-faceted dimensions to the London scene; from the clueless tourists of Soho and Heaven, to the party-fanatic circuit go-ers of XXL. And then there were those who travelled south of the Thames to Vauxhall, the ones who really knew how to carry on the party. I transcended all these subgroups and befriended people from all areas and adapted my personality to suit.

But there was one common occurrence that united much of the gay scene in – the availability and use of chems. Be it a ‘bump’ in a club toilet or a chill-out party laden with lines and pipes, chems were central to the enjoyment and effectiveness of the night. They would dictate whether or not your evening was going to be fun or too sober (ie dull).

The first wave elation is something you don’t easily forget. It’s as if you’re a Pokemon character reaching the end of its evolution chain. Where you were once a Squirtle [a Pokemon species, for those who don’t know], you are now a Blastoise [a Water type Pokémon species]; more confident, stronger and seemingly more attractive and impressive. In short, a line of M and shot of G made me feel like I could take anyone on – talk to them, kiss them, and even have sex with them in front of strangers.

When I was younger, I was never confident enough to go topless in front of other very attractive guys. But now I found myself stripping down to nothing but some tiny short shorts – with several full frontal costume changes throughout the night. These chems seemed to give me the confidence to really own my sexuality and thrust it upon others.

I often had sexual encounters with multiple different people over a weekend – and each of them liked what they were seeing. But what you forget is, when you’re in this artificial drug-induced state, not only are your inhibitions lifted so too are those around you. What you perceive as adoration is merely just a blanket high. Men at the height of their primitive state – purely thinking with their dicks and nothing else. And why not? It’s just fun, right?

Surprisingly, the majority of people I met on these chillouts were established, successful 30-somethings who were sure enough of themselves to navigate this fun environment. They were functioning party addicts, the weekenders who able to separate the G-smeared fantasy from the reality and not get lost it. But in your 20’s, trying to make yourself heard amongst the noise of muscle Marys and social media tyrants, it’s just as easy to get roped up as it is to hoover the last line on a Sunday afternoon – for hell hath not witnessed a chill out when it comes to the last available dregs of M.

When you’re in your 20s, you’re still figuring everything out. ‘Who am I?”, ‘What do I want for a career?’, ‘Where do I fit into the rest of the scene?’ Chems accelerate that process. They make you seem older, more mature… they definitely make you FEEL more confident.

But repeat certain reckless behaviours for so long and people start to notice the cracks and start to make judgments about you. You become careless, reckless, and you start to lose control. You start to become dependent on that chem-filled other-you, that only comes out to play after you’ve indulged. But this crazy life just isn’t sustainable.

While I may have felt surrounded by tens of friends on a Friday and Saturday night, I also found myself isolated and alone, facing the mother of all comedowns between Tuesday to Friday. For those you meet in these situations are not true friends, you do not form real friendships – they are temporary acquaintances whom, at the time, appear to help you escape the struggles of real life.

I have to admit that I have met some truly fantastic people through these scenes who do seem to genuinely care about me and want me to do well. But there definitely needs to be more awareness and information for young guys entering London and by default, inevitably, entering these scenes.

Chemsex has come under massive fire in the UK national press due to its rather alarming rise in popularity and sadly the subsequent increase of sexually transmitted infections. And whilst I’m exactly not an advocate for condomless sex (opting to take PReP treatment to enjoy unprotected sex), there are still massive emotional and mental repercussions of repeating these behaviours that I don’t think are explored or tackled enough.

The physical comedown many deal with – pop a Berocca, eat loads of sugar filled goodies and even get to the gym to force the meth sweats out of your system – but the steep decline in serotonin leaves you isolated and in a pit of self-loathing especially as the realisation hits that you are alone and the guy you thought was going to be your new life partner, won’t reply to your Tuesday post-chill out text. But if you can learn to take it for what it is – pure, unadulterated, self-indigent fun – I believe chems can be navigated safely. Don’t get me wrong, this is not for everyone. This is how I live my life and I would never encourage others do I do!

Bottom line. I have learnt that for me, chems should not be central to a good night, the company should.

Noted STI clinic 56 Dean Street have some detailed advice for those who indulge.