Cesare Polini: ‘I was the least cool teenager! 16st with a bob – but I wouldn’t change a thing!’ 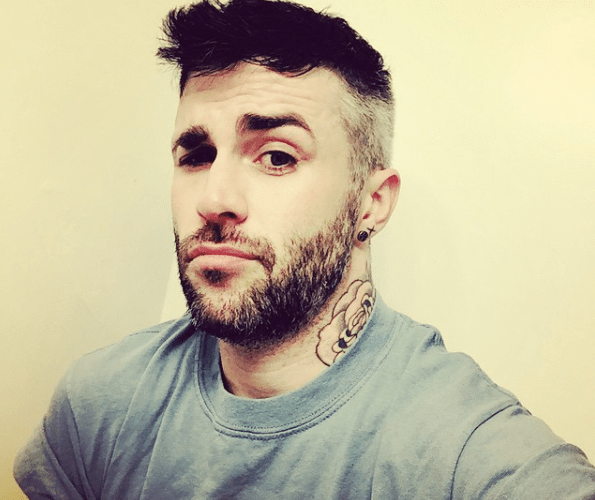 Stylist and designer Cesare Polini looks back at so teen years….

No matter how cool anyone is, growing up as a gay guy can be something of a rollercoaster. But as life rumbles by, we slowly come to terms with who we are and become the people we are meant to be. Here, 35 years old Cesare Polini – a senior stylist at MATCHESFASHION.COM with his own line of clothing in production – shares his inspirational coming out story, and how he went from soorting a Louise Brooks barnet to become a dashingly handsome young man with a penchant for Kylie Minogue. 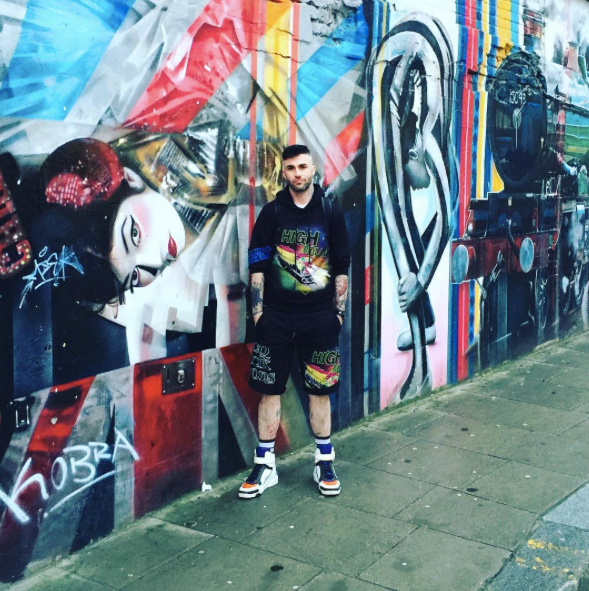 Cesare, when did you realise you were gay?

At a very young age. I had a crush on a boy in the infants! It was pretty confusing. I knew I was different. I knew I liked guys but I also really wanted a girlfriend. There was a girl in my school called Natalie. I planned to woo her at my birthday party by showing her my collection of Kylie Minogue pins.  I properly came out at the age of 16 in school. It was in the middle of the technology class. I blurted out a quote from Brett Anderson, Suede, that I’d just read in the NME! “I’m a bisexual man who’s never had a homosexual experience”. I guess I was testing the waters.

My first was pretty filthy I guess. I might skip that one and tell you about my second one! My best friend In school and I were a little different. We wore bindi’s and nail polish. I had a Louise Brooke’s Bob and eyeliner. 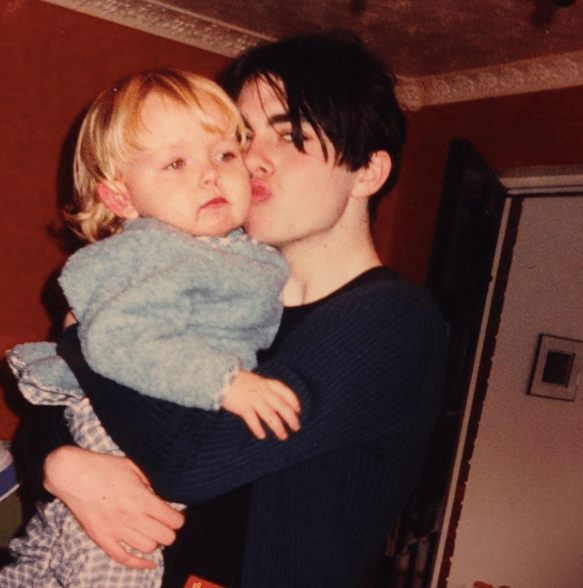 I was listening to Sonic Youth and Patti Smith (and yup…Kylie!) and it was natural when we got a bit older we’d end up friends with some of the music scene in Liverpool. We were about 16 and used to hang out with these three guys who were all straight. We’d just jam and get drunk listening to records. Me and one the guys called Gary got pretty close. He was a bit of a scally. We used to tease each other like mad and one day we kissed in an ally way. It was so romantic! Haha.

Was it something you were worried about? Did you go through a period of not wanting to be gay?

I never not wanted to not be gay but it’s hard sometimes when something like being in love or being true to yourself can seem so difficult when it’s not supposed to be that hard.

My dad. He was raised in a Covent school in Italy, but the first person I told was my best friend. We were early teens and we’d snogged the same guy! My friend was actually straight though. After him, I told my Spanish teacher as I thought she was a lez – and I was right! She was great and really nurturing.

You look like a pretty sassy chap – were you a cool kid at school?

I was the least cool! Guitar on my back. Comics everywhere. Sixteen stone and a bob. That said, I wouldn’t change it for the world.

I didn’t! Not as a youngster. I didn’t really fit in. Still don’t in someways. 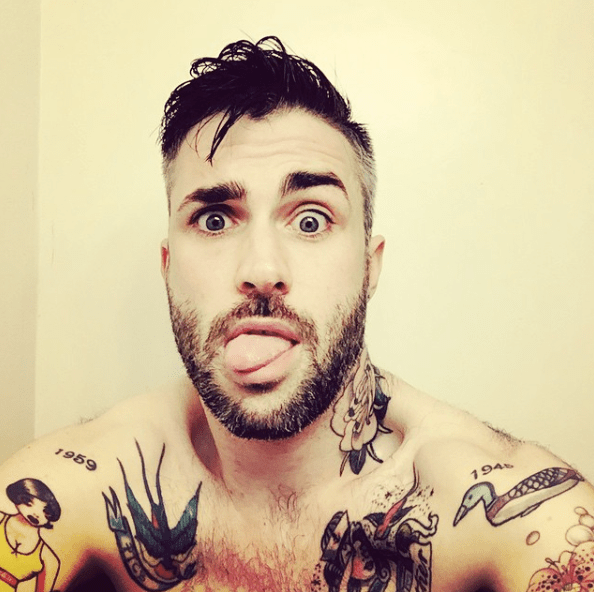 I love being comfortable to be myself. I love looking at hot guys and being able to meet guys and I love ‘the scene’ for this but I don’t club much and I’m just as happy in a pub

Have you had many dating disasters along the way?

Many, many, many disasters. My favourite was a doozy! I used to date a great guy, Colin. We’re still good friends. We had spoke about going out over the weekend but I ended up meeting a guy online and arranged a date! The guy’s name was Colin too! The date was a bit of a disaster. I didn’t really fancy the guy. We didn’t have much to say… He went to the loo so I texted my ex, Colin… ‘He’s nothing like his pics, I’m so bored! I’ll make excuses and leave. Let’s go dancing, this is awful!!!’ But – wouldn’t you know – I had texted the wrong Colin. Doh! 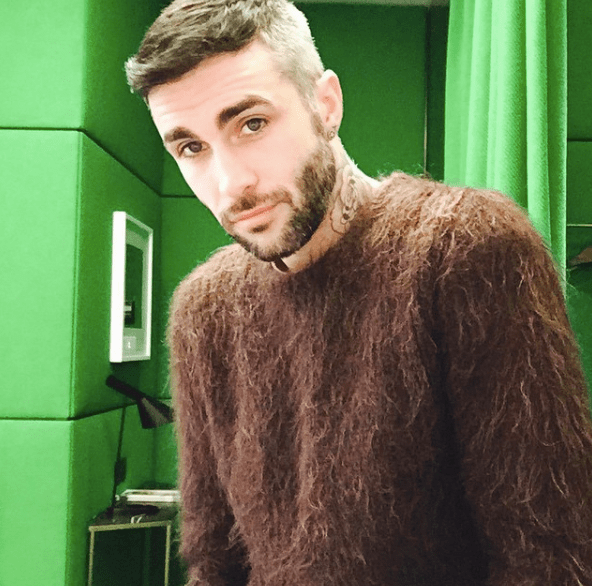 I think people can be. Scene or not. I don’t feel it. I’ve never felt pressure to be like or behave like someone else.

Who knows! I’ve met great guys all over the place. A plane. Starbucks. Grindr. Even a toilet at the Vault! I don’t think it matters where you are. But I have never gone out looking for a boyfriend. If you’re just after a shag it makes sense to go where the gays are unless you like a challenge.

Are you too fussy when it comes to finding a guy? 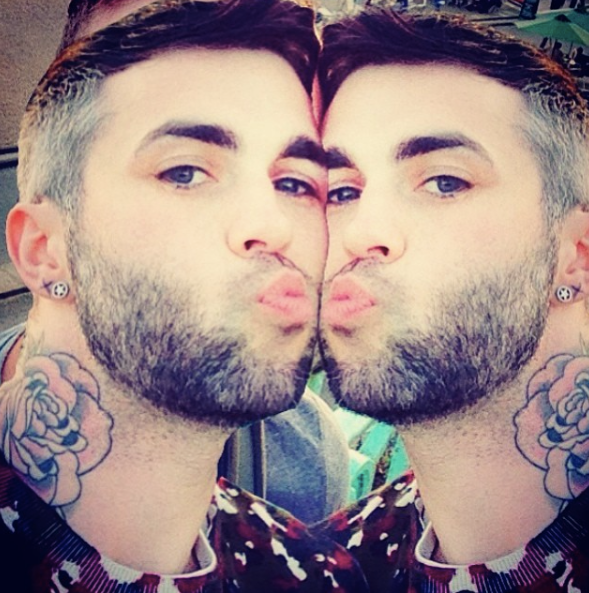 Yes. More than once! But for that feeling I’d do it again. I’m a total romantic. 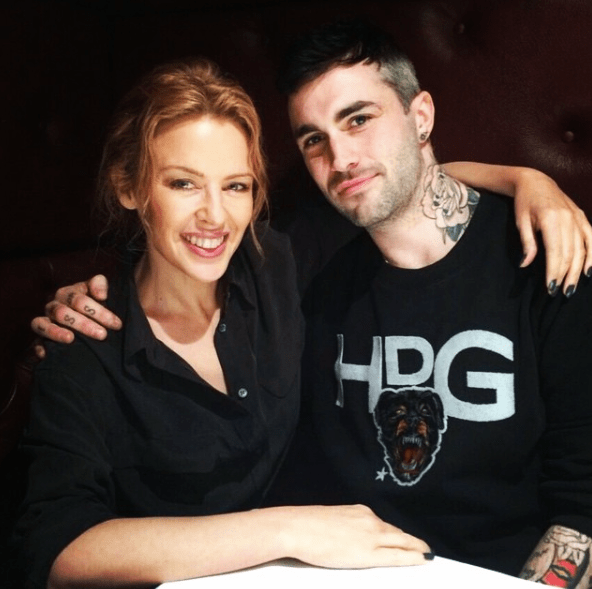 I adore Kylie. Have done since I was around five! I’ve been to every tour since 87 and have the entire history on my laptop and iPod. She’s a babe! I worked with her on the Timebomb video though I was just an extra. I’ve sourced some pieces for her for shows and shoots. William Baker, her creative director and genius is a great friend of mine. We all met organically when I worked for Vivienne Westwood. I used to work on the Worlds End collection with Vivienne in her archive and Battersea.