‘Someone Stole My Identity – Now I’m Having The Last Laugh!’ 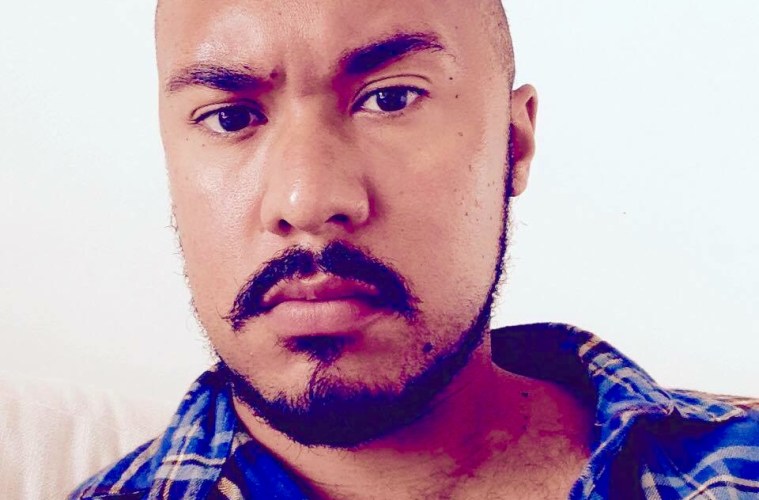 Ashley Thomas on falling victim to an identity thief and the unbelievable turn of events that took place next!

Surprisingly fierce beneath the shade of a mellifluous vocal and a fondness for crack*, Whitney Houston totally plundered my carefully crafted public persona.

But I’m willing to forgive Whitney because she’s dead and also – in a roundabout way – I now finally understand The Greatest Love of All.

For gay men, the greatest love of all is definitely, 110% when someone steals your online identity (you know like those unsightly couch potatoes in Catfish!). 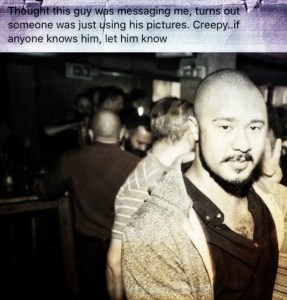 Yes, this happened to me.

Recently, some mystery knob-jockey went online, pilfered a pic of me in a bar – er, not a great one at that – and bandied my wares around on Grindr. (So now I’m having to contend with Dead Whitney and Grindr Knob-Jockey trying to steal my persona. WHO EVEN AM I?)

Fortunately, the innocent guy who ended up chatting to Virtual Me realised that the other photos of ‘my’ ethnically-indeterminate mochaccino-appeal just didn’t compute. (Visible abs in other faceless pictures on the fake  profile were a dead giveaway.)

Thinking of the Potentially Really Bad Personal PR (PRBP PR) that Virtual Me posed for Actual Me, Facebook Guy – the hero of our story – decided to post my image on Facebook, asking: ‘If anyone knows the guy in this pic, let him know it’s being used on a fake Grindr profile.’

Having my identity hijacked pointed out several things to me:

1) For fuck’s sake, the pic Virtual Me used of me to woo the fellas is LITERALLY the worst fucking photo ever.
2) Unwitting Facebook Guy is actually really handsome, but sadly not shirtless in his profile pic.
3) OMG, terrible pic =  really bad PRBP PR.
4) Must thank Facebook Guy and tell him he looks hot and maybe get him shirtless.)

As we al know, we as gay men are often very skilled at filtering our real and online personalities. Like a lot of you, I’ve got a few versions of a Virtual Me online – and we probably have a few that we use to control our image in real life too. All this makes discovering a rogue profile all the more unnerving. The least we can do when we stumble across them is report it or, failing that, taking the Facebook Guy approach and do a good deed and try to alert the hapless stolen identity victim. You never know. It might even pay off.

And you know what? It jolly well did. Thanks to the dastardly identity theft I experienced, I ended up with a date. Yes, Facebook Guy and I rejected the usual Grindr, HYPERMASC, top4top, Netfix & Chill, chemsex-deathpool of one word messages and cock shots, and went on a series of actual dates. Dates packed with rugby-thighs, fun, charm and a whole lot of  shirtlessness. Which is a result. Yay!

Sure, having some rascal out there have the cheek to nab a pic me and masquerade themselves as me pissed me right off. But look what was the result. I met a lovely new guy. And he liked me. So in actual fact, Actual Me beat Virtual Me after all. Awww…

*DISCLAIMER: I HAVE NEVER TAKEN CRACK LIKE WHITNEY. I JUST NEEDED TO BRIGHTEN THE CADENCE OF THIS SUB-CLAUSE AND MANAGE MY ONLINE PERSONA SO IT READ ‘LESS VANILLA’.