Aaron Ellis: “I’m so proud that my father is remembered through Project 84!” 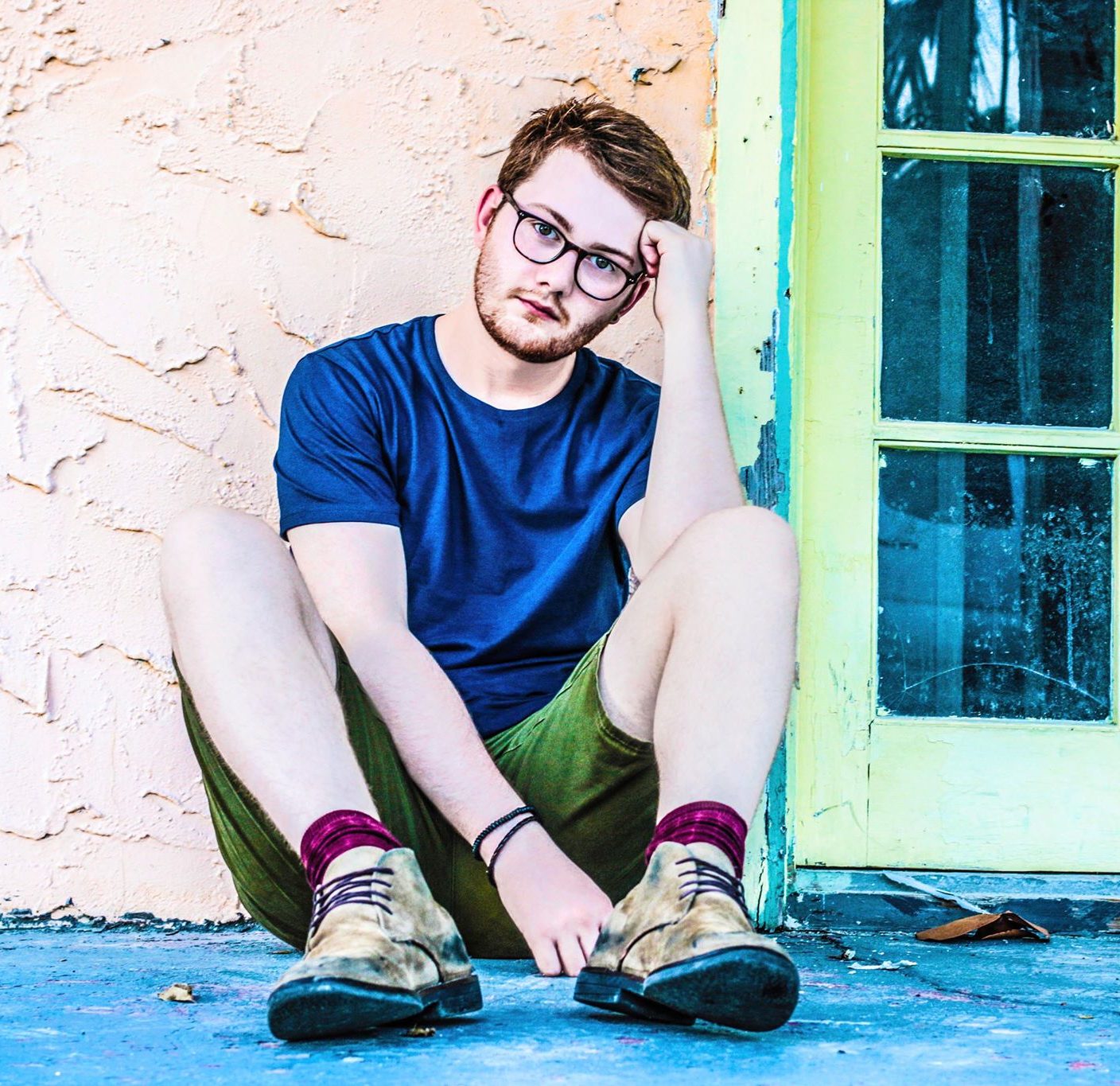 These days 24 year old Berkshire-born Aaron Ellis is an award winning screenwriter and film director living in LA. But life hasn’t always been so positive. When he was just ten, his life was shattered by the suicide of his father. Too young to fully understand how his parent passed, Aaron spent the next few years stifling his feelings, just as he was also coming to terms with the fact he was gay and having to deal with bullies at school. Now finally, after years of hard work he has changed his life for the better, become an ambassador for a suicide prevention charity and has been moved that his father was one of the men represented in the recent Calm / ITV Project 84 campaign that This Morning have admirably been backing. Here, Aaron takes us back to the day he found out that his father died and how he tried to piece his life back together… 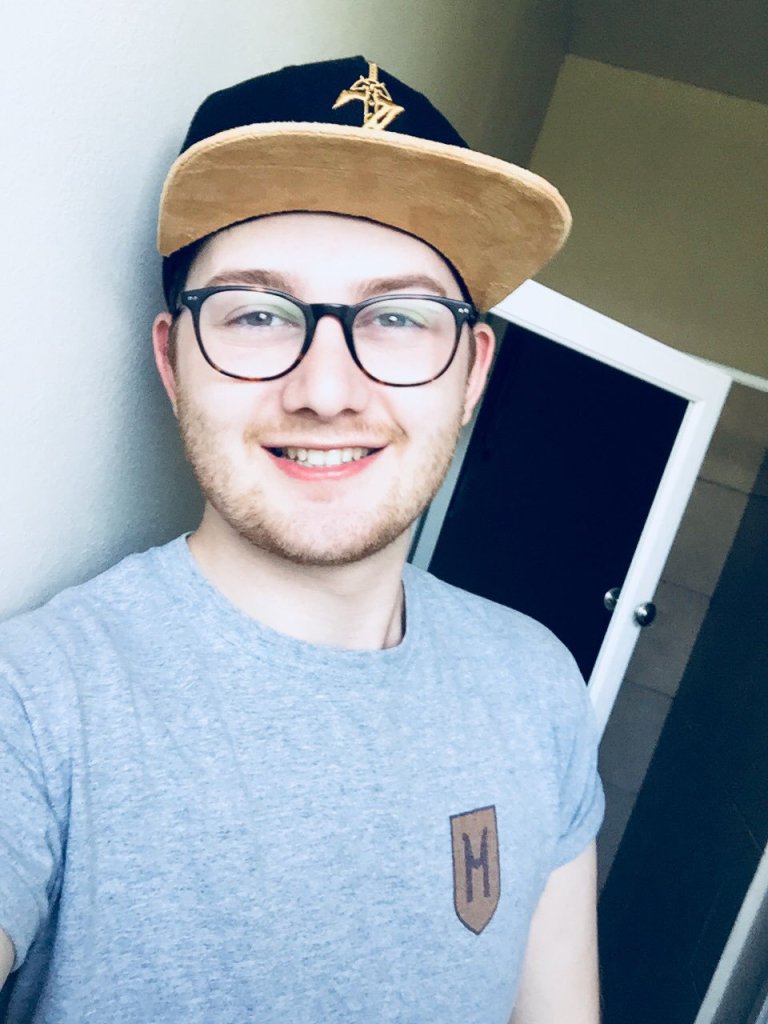 You lost your father at ten years old to suicide – what do you remember of that day?

I remember my mum crying for hours and none of us (my sisters and I) knowing why. Then my mum called me and my sisters into the living room and told us that dad had passed away. I remember my two older sisters in tears while me and my younger sister didn’t understand the gravity of the situation… we hadn’t lost anyone close to us before this.

When did you discover it was suicide – did you understand what that meant back then?

No I didn’t. I repressed so much of that time that it wasn’t until I was 16 that I finally understood what happened to my dad, as much as I can anyway. Until then I believed he had died in his sleep from stress, which is something someone told me shortly after he died in an attempt to protect me, and I believed them. I was ten, after all. I sort of always knew that it was suicide but I couldn’t comprehend it at such a young age so I repressed it and the impact didn’t come until later. 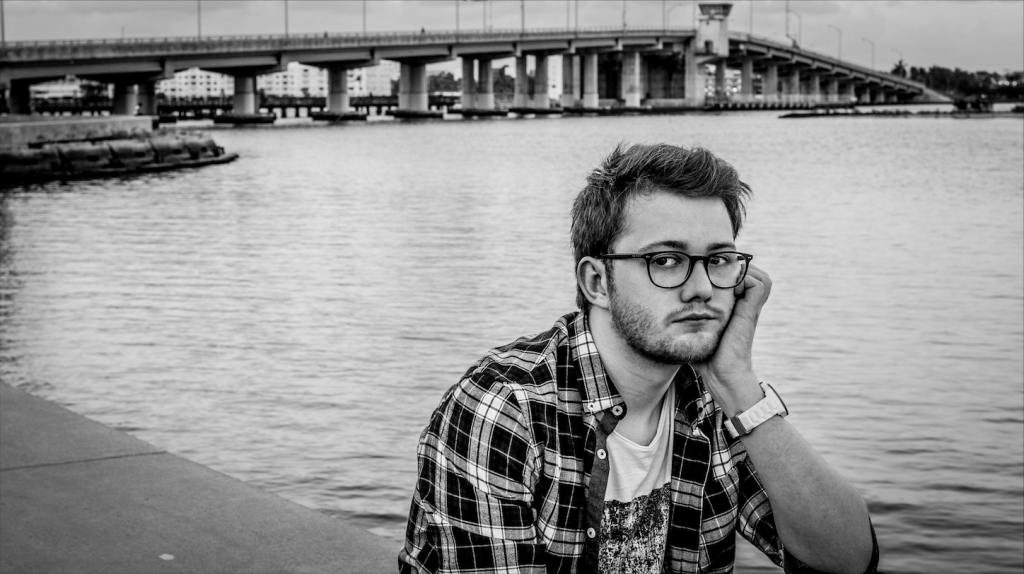 Did his death have a long term effect on you and your mental health?

Yes, it weighed heavily on me and it still does to this day. With the right kind of support I think I would’ve gotten through it better, but I was so young, I didn’t even know I needed support. I was so confused and everyone was sad. A year after I started secondary school and I was bullied physically and verbally for years. It made me isolated and uncomfortable in my own skin. All of this led me to suffer from depression, hate myself and drink to get over insomnia. Sometimes, even now, I still struggle.

How bad did it get?

As tough as it is for me to say, I’ve struggled with suicide, made some decisions I’m not proud of. I felt sometimes that there was no way out of this situation. I had become so numb that I tried everything I could just to feel something, even if it made me feel bad.

You had no sympathy at school – did that make everything else worse for you?

Definitely. My school was horrendous, I was bullied relentlessly. By my third year at secondary school I was driven to the point of suicide as a direct result of the bullying being too overwhelming to handle and the need to escape going back to the school and facing those nasty people. Some of them were teachers who often encouraged the bullies by laughing with them, make comments on my appearance, more specifically my “feminine characteristics” and how I carried myself. 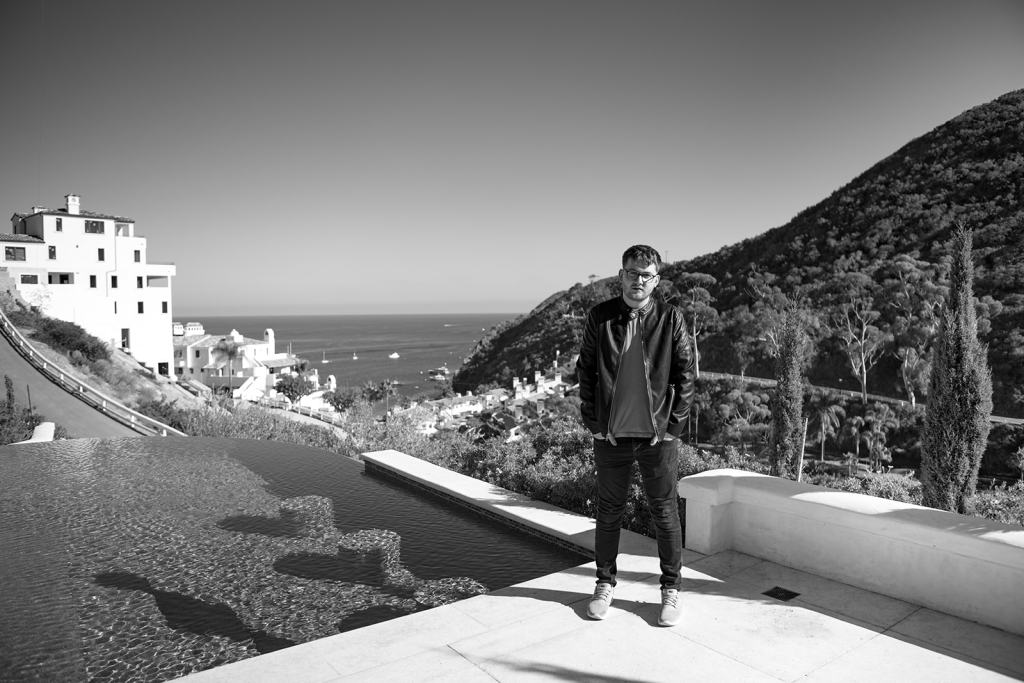 You were also coming to terms with being gay at the same time – what was going on in your mind? Did you ever have dark thoughts?

I was bullied for being gay before I even knew I was. It got to the point where I wasn’t sure if I was actually gay or if I was only thinking I was because that’s what everyone was telling me. It really stunted me. BUT when I was 17 I started to accept who I was. The TV show Glee was groundbreaking for me. I started to hide Attitude and Gay Times magazines in my room and when I learned of the LGBT community I felt like I was a member of a super awesome VIP club, and I still feel like that today.

Did you ever find out why your dad did what he did?

He was mentally ill. I don’t believe he had any control over what happened and I don’t blame him for what happened. He was a victim of something I’ve come to understand too well myself.

As the years have passed have you got an understanding of why people take their own lives?

Not being able to express yourself, emotionally, verbally and physically makes you feel trapped and overwhelmed. Also not receiving help or treatment for depression or mental health can leave you feeling alone, misunderstood, lost and having a low self-esteem, which only gets worse the longer it’s left without support. Finding someone to talk to about how you’re feeling will make anyone in this situation feel so much better and it could save your life… and though sometimes you may not feel like it, your life is always worth saving and their always someone waiting to talk. Samaritans has a free 24 hour phone line where dedicated men and women are waiting to listen to you, call: 116 123. If you need a response immediately, it’s best to call them on the phone. This number is FREE to call. You don’t have to be suicidal to call them.

Why do you think men are among those who take their life?

Men are encouraged to suppress their emotions, phrases like “man up”, “stop acting like a girl” and “boys don’t cry” are toxic. If we don’t process our feelings then they stay inside and become a weight on us everyday. And for many men, who’ve never really expressed their feelings, they may not know if they can or how to do it. That’s why I encourage people to call suicide support lines, there are dedicated and amazing people ready to walk you through it and listen to you. It really does help. I’ve called them many times over the years.

ITV and Calm launched a suicide prevention campaign called Project 84 earlier this year which included a statue that your father was represented by. What did that campaign do for you?

It allowed me to remember my father publicly and be open with a lot of my feelings since then. It makes me feel wonderful that he lives on as one of the 84 because his story is being used for good and to help others struggling with what he went through. I am so pleased that Phil and Holly on This Morning have backed the campaign wholeheartedly. I myself have become an ambassador for Support After Suicide Partnership, which is a division of the Calm Project and hope to use my story to inspire others who relate to it and help them see that they’re not alone in this. Not only that but such a public discussion on suicide reminds people that there is help out there, shows them where they can find it and I hope it makes them feel wanted in this world. At least that’s what it does for me.

My dad’s life was remembered as 1 of the 84 statues by #Project84 representing the 84 men the UK loses to suicide every week.
I promise it does get better, don’t stop fighting, talk, it helped me, it‘ll help you too@samaritans @ITV @thismorning @theCALMzone#WorldMentalHealthDay pic.twitter.com/wUHVzTY8FE

We now have a minister for the prevention of suicides – are you impressed the government is finally taking the problem seriously?

I’m pleased at the news, I hope that the newly appointed minister will bring needed improvements to way the public receives support and care for mental health. 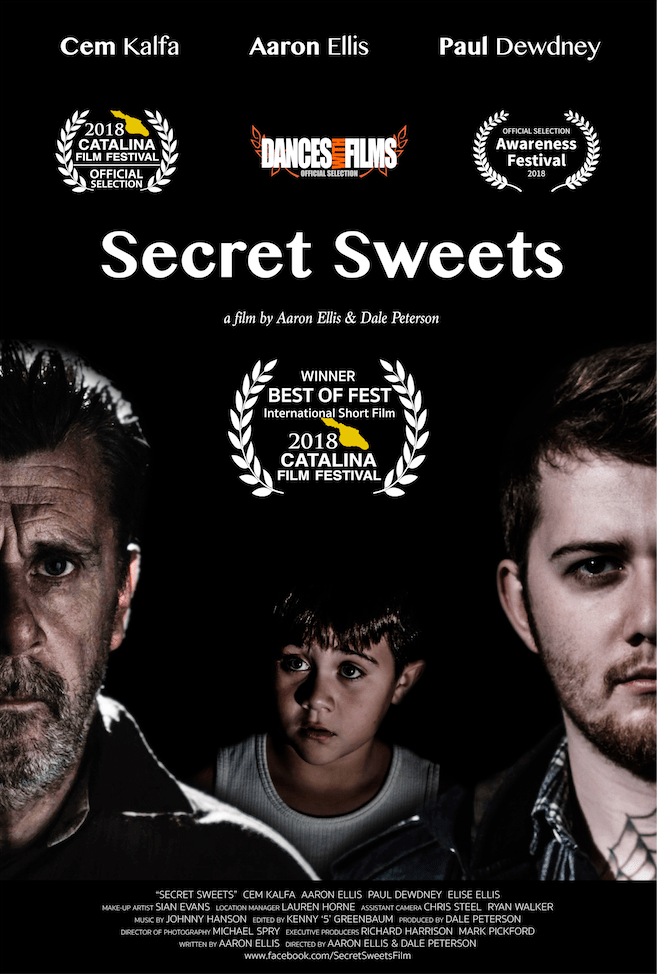 After your tough years you became an award winning filmmaker – your films tackle tough issues, tell us about your latest.

My latest film Secret Sweets is about domestic violence and drug abuse in the family home and how it is perceived by a child involved, presenting what they understand about the situation. The story is told through the poetic narration of an eight-year-old boy who tells of his hero and his monster. A big brother addicted to heroin, his hero. And the violent monster in his home, his father. My previous short films have focused on schizophrenia, suicide and adoption. I create films on vital issues with the intent that they will be eye-opening, thought-provoking and open up a conversation. I created Secret Sweets to be a voice for those who don’t have one.