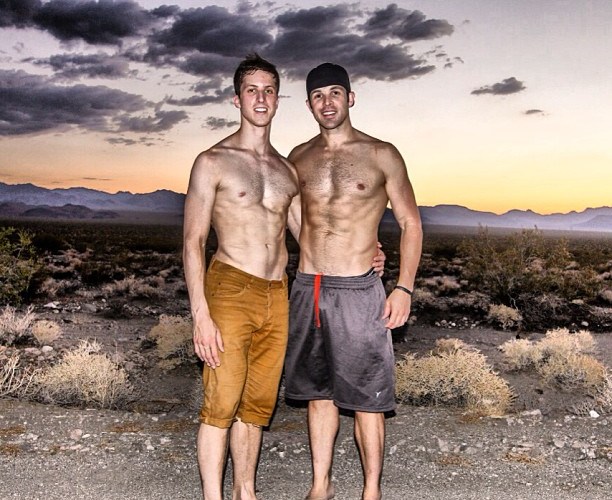 It was the moment that melted hearts across the world at Christmas, when photographer, videographer and performer Daniel Robinson, donned a flying monkey costume, fell to one knee backstage during the interval of the Christmas Day performance of Wicked and proposed to his actor boyfriend Josh Daniel Green. Luckily, it was all caught on film and no sooner had Josh said ‘Yes’ and the video clip had gone viral!

GuysLikeU was so moved by the touching moment that we had to get hold of the two boys to find out how they are feeling. 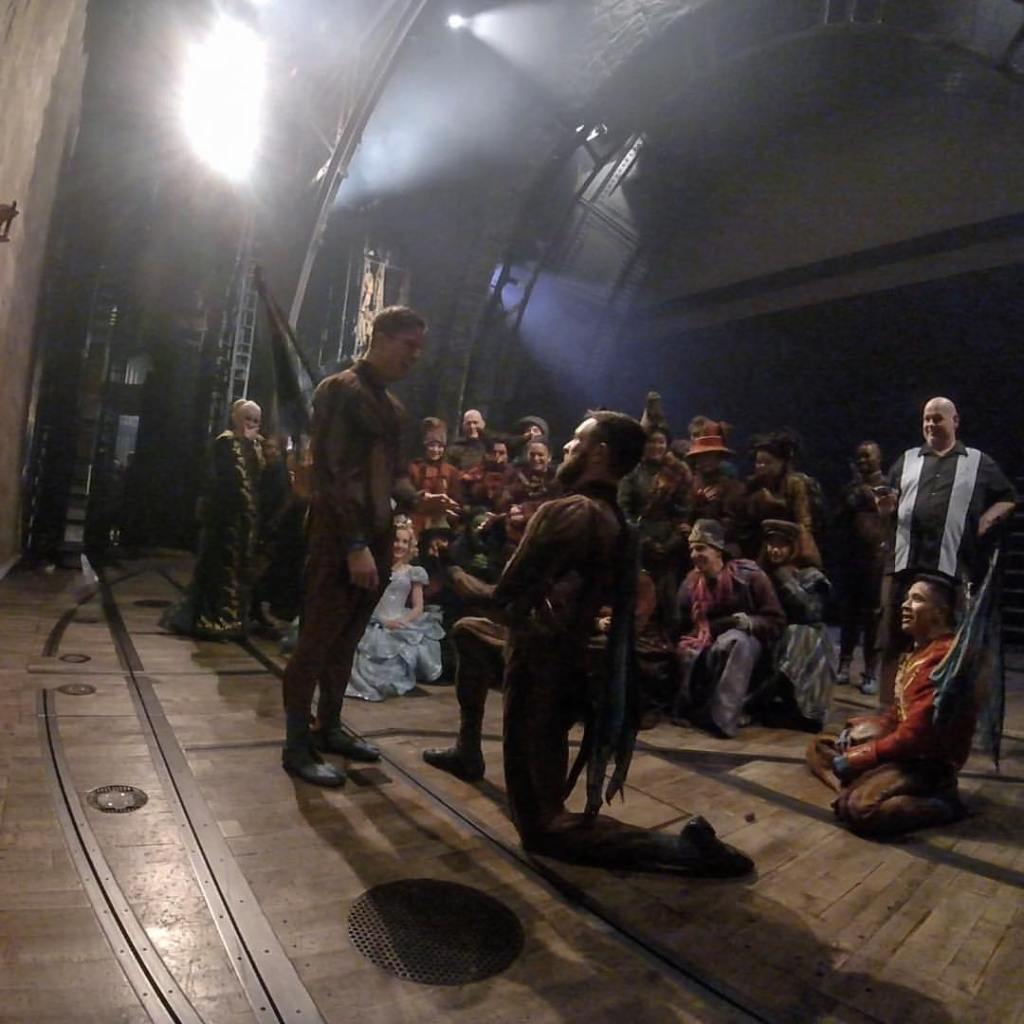 Here, Daniel and Josh speak for the first time about the shock proposal, how Daniel managed to plan the special moment so well and how Josh reacted when the question was finally popped.

Congratulations on your engagement, boys. Daniel, where did the idea come from to propose at the theatre during the performance?

I originally had the idea of proposing to him at curtain call a year ago when he made his Broadway debut. Then a few months later, I contacted the wonderful management of Wicked about doing it at Christmas and they graciously made the appropriate arrangements to make the magic happen. So then I flew in Josh’s family from Minnesota, had a fitting for a monkey suit, and got a ring. Then when Christmas arrived we watched the first act, I dressed up during Intermission, and hid backstage – avoiding Josh until Curtain Call. Then I proposed and he said ‘Yes’! 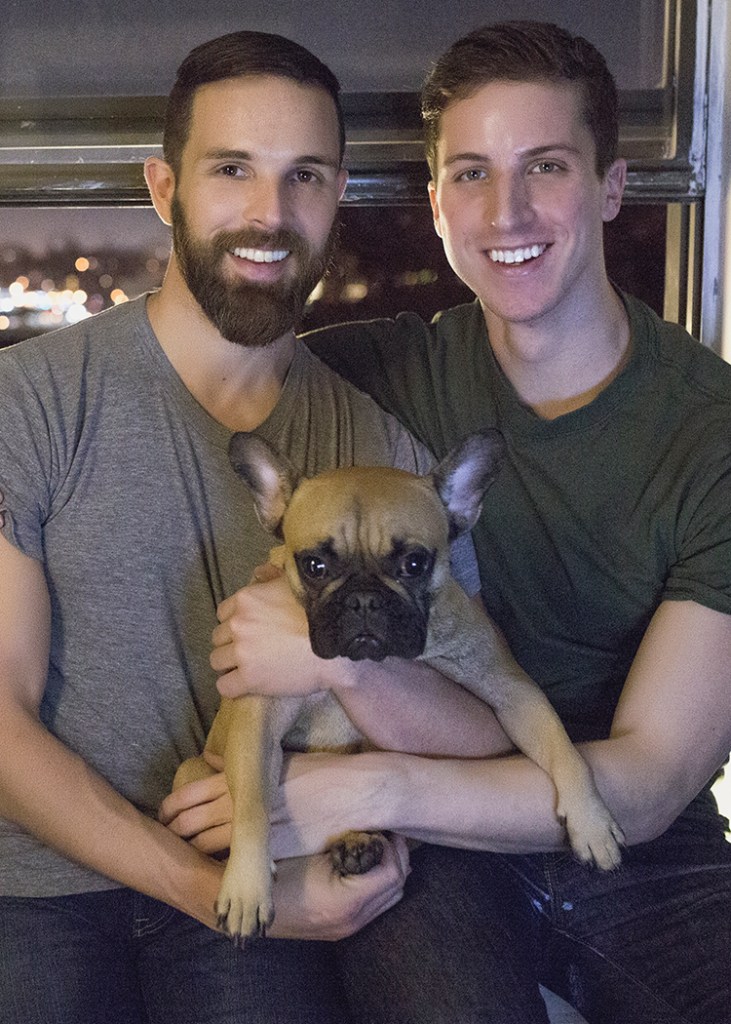 Were you nervous about doing it in front of the cast?

Yes, very nervous. When I was down on one knew, all that was going through my mind was, ‘just keep talking’ because if I stopped I would have probably started crying, which would have made him cry, which in turn would have made the whole company cry, then the show would go over the three hour  mark, which would result in the union getting fined, Josh getting fired, and the two of us ending up homeless.Haha. But seriously. I thought – just look at him, speak, and it will be okay.

Josh, we assume you weren’t expecting this?

Yes, I had no idea. I was shocked.

How long have you been together?

Josh and I have been together for almost four years. He was rehearsing for a friend of our’s show, dancing and I was filming the process for my production company. He was the most brilliant dancer I have ever seen — I was hooked. We’re both lucky enough to have our first words and interactions on film. 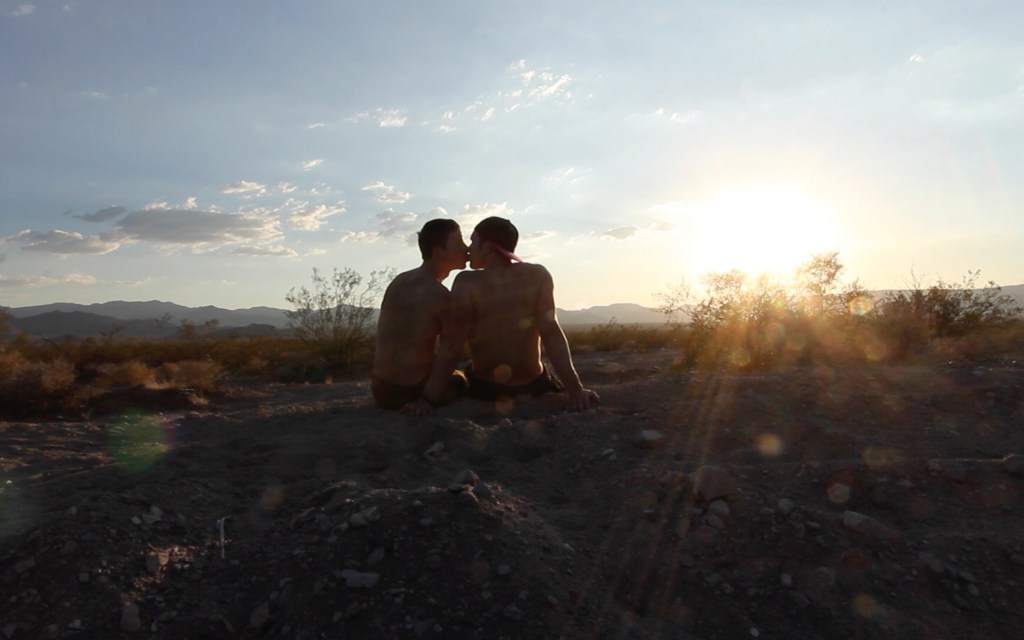 What was your gay experience growing up? Did you have an easy coming out?

Daniel: I had a rather positive experience growing up gay. I came out when I was 14, started a Gay and Lesbian group in high school, and had an incredibly supportive mother, who actually wrote a book about it Voices from the Rainbow, by Traci Leigh Taylor

Josh : I didn’t come out until after college. I knew I felt differently, but I never had a chance to explore my feelings. But when I did come out, everyone was incredibly supportive. Daniel helped me feel comfortable with my new identity.

What kind of wedding are you planning?

We’ve only just started that conversation because we hadn’t really discussed it before. I think we both can agree it will be in New York, and it will be simple and elegant with our family and friends.

Will you stick to tradition, or will it be as theatrical as the proposal?

What is tradition? We’re making our own. It’s very exciting.  No theme but maybe some theatrics.

Again, that’s another discussion. We’ll get back to you.

Daniel: Yes, I am a photographer and videographer and I do many weddings. I love them and they are all inspiring. I am constantly taking notes. No matter what though, they are always special and perfect in their own way.

As the law only changed in the US last year, had you ever thought that marriage would be a reality for you?