Michelle Heaton: ‘I kissed him, but I assume he didn’t know he was gay either!’ 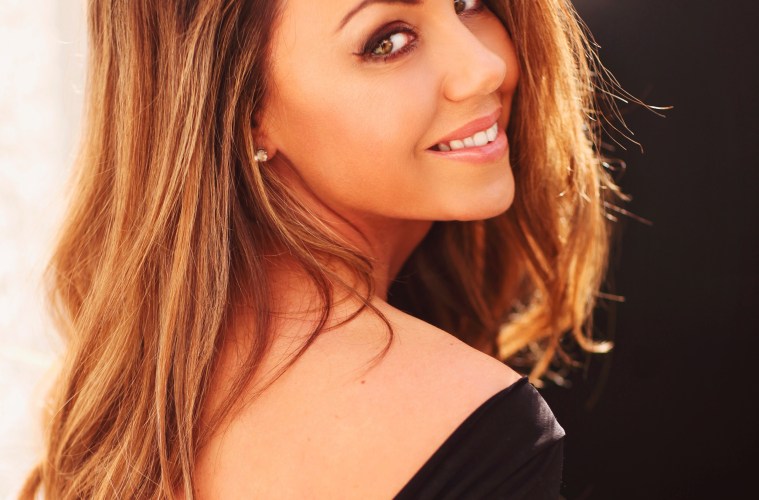 Meet the Sisters of Sass, those feisty gals who attract the gays like flies. Here, Liberty X’s Michelle Heaton dishes on her gay mates and reveals that she’s even snogged a few gay celebs along the way! Get her!

So Michelle, you look like the kind of gal who’d have an army of gay mates…

I wouldn’t say a load, but I’d say a very close and dear handful.

Are there enough to form a football team?

No ….. And if I did I doubt they’d wanna play football.

Have you ever snogged a gay, knowingly or not?

I think most people now know I have – how should I call it? – some fun times with Duncan James from Blue.. And no, at the time I didn’t know he was gay. In fact at that time, I’m assuming he didn’t either.

Of course. They are legends and why wouldn’t I want to be one. Gay men have great taste in their pin-ups!

What qualities do you think you need to be a superstar diva?

Tell us about your biggest kick off

Oh God, how long we got… One moment that comes to mind, was when Liberty X had a release party thrown by Virgin Records, and the door men wouldn’t let me into the VIP to drink my OWN champagne that I had paid for. And yet the same doorman let in the current cast of Big Brother. I was furious and I’m sure the the words, ‘Do you know who I am?’ came out of mouth for the first and last time.

Who’s the rudest star you have met?

I hate to say it, John Bon Jovi. We were on tour with them in Australia and got invited on their boat for the day… The whole band, especially Richie Sambora, were incredibly kind and lovely. Jon didn’t even talk to us, which was such a shame. H’d always been my favourite singer until then.

What’s the worst thing you’ve read about yourself

I think everyone knows about those stories that happened in the past that I’m not proud of. But the names that were spread across certain tabloid magazines at the time were totally un-just and one day my kids have to see that on the Internet.. I hope the person responsible holds their head in shame!

Tell us about a famous boyfriend you’ve snogged and what they were like?

How long we got? Let’s go with, er, Dane Bowers – he was lovely and caring, for about the five minutes we dated! Then he moved onto a blond, as most men do.

You’re feisty – do you think you scare men a little bit?

I actually do think men think I’m intimidating, but ask my husband, Hugh. He’ll tell you I’m just a big softy with a hard shell. It’s easy to break trust me!

Are you an easy gal to live with?

Erm, probably not. I’m a bit OCD with cleaning and timing! I have to be on time! But then Hugh is so laid back he’d fall asleep – so one of us has to be!

Do you prefer the company of girls or boys?

Both have their place! I love my male friends as they keep it real and tell it how it is, but in all honestly there’s nothing like a girlie night out drunk and then crying at the end!

To see more of Michelle, check out her YouTube channel!
YouTube.com/michelleheatoninreality