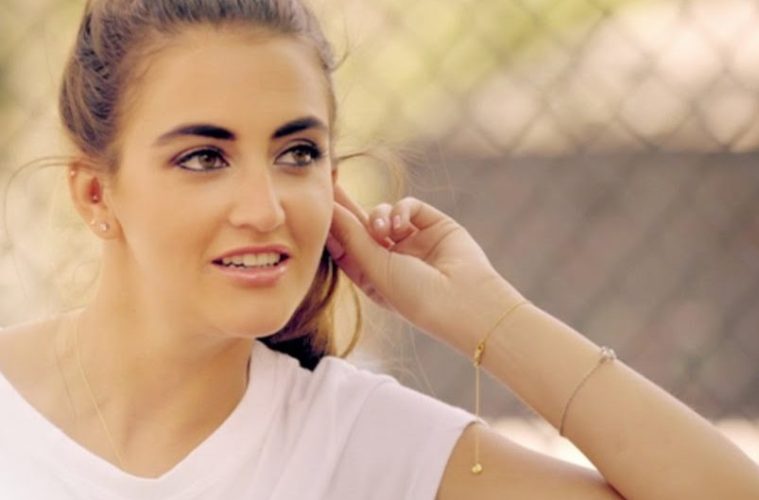 She may not have been in the Big Brother house for long, but gorgeous Georgina Cantwell most definitely made her mark on our lives. Not only were we impressed by her flawless make up, we simply couldn’t get enough of her exceptional withering looks, those wonderful sassy asides and her stern bossiness that kept whippet thin Jackson Blyton on his toes.

She’s the best mate a gay could have. So we caught up with Georgina for a quick chinwag about all sorts and as you’d expect she had us in hysterics! George, the gays love you! Why do you think that is?

I think because I am really ballsy. I am honest and I most definitely speak my mind when I need to. I went to Parsons School of Design in NYC and I don’t think I had one straight male friend in the entire four years I was there. I think I’d prefer to have gay friends over girlfriends! They seem to tell you the truth – girls can be really manipulative!!

So we’re guessing then that you have oodles of gay mates?

Yes! In NYC, 70% of my friends were gay, and I’ve only been back in England six months and I seem to have a nice network of gay mates here too! I love it.

What is it you like to do with them?

It depends… sometimes I love a boozy brunch with a nice gossip and catch up, or some window shopping with my dog is always good. He seems to attract a lot of male attention, I think my gay mates love it! 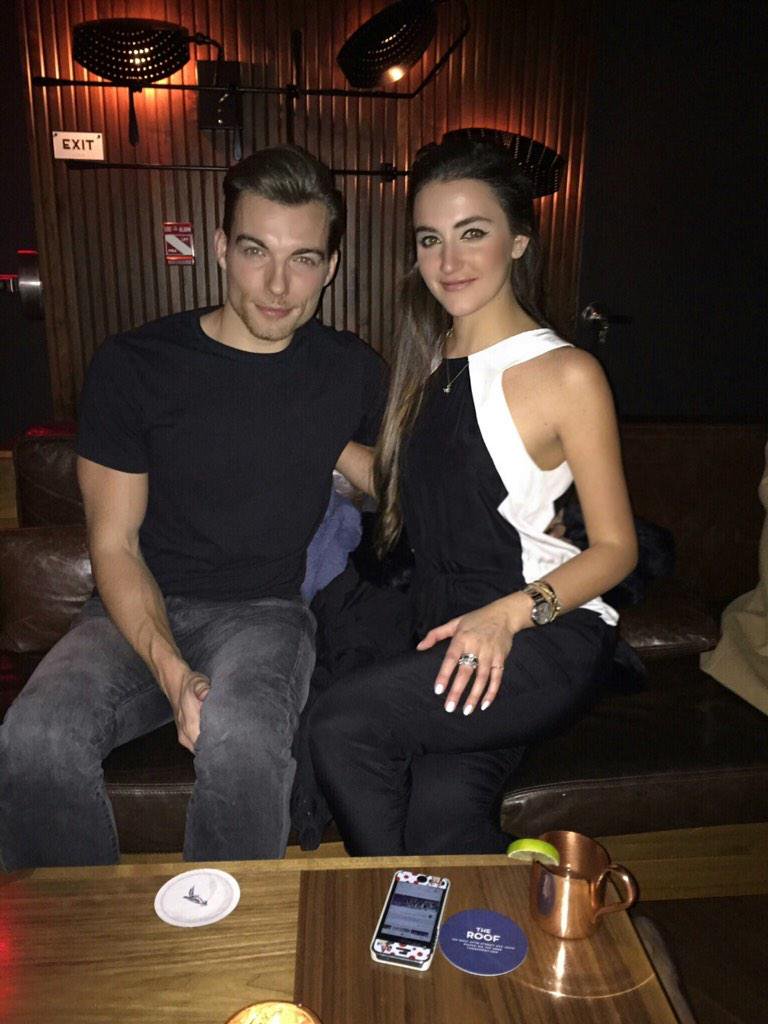 Have you ever fancied a gay mate?

Yes haha, all the good ones are gay. My friends James Rees is so handsome. Whenever we go out together people think we are a couple… There was one time we were at the Capital FM Jingle Bell Ball and this lady said something along the lines of ‘you make sure you take care of her’ and James was like ‘does she not see that I am gay? Barking up the wrong tree!’ It was so funny, we tend to get it a lot when we are together.

Have any of your exes turned out gay or have you ever been with a guy who’s ended up being in the arms of a guy?

Hmmm… not to my knowledge, but I am still young and so things could change, maybe in 10 years I could answer that with a yes.

Describe your most fabulous gay night out?

I think my best gay nights have been with James, there’s just something about him. We just click and bounce off of each other so well. We’re really like Batman and Robin when we are together, it’s a force not to be reckoned with. One that springs to mind was E!’s The Royals premiere at Boom Boom Room in NYC – and we both found the guy who plays Prince Liam really hot so he made me go talk to him and we couldn’t work out if he was gay or not!!! So we weren’t sure which one of us should flirt with him so we kind of both went in for the kill, and James was more confident but still we couldn’t work it out

Ummm, I don’t think I am that camp. I am not really confident enough to be flamboyant. HOWEVER, if you know me then I am really comfortable, and animated. However I am quite effeminate – but I do love my action sports.

Ideal man? Johnny Depp…..! There’s something about him, he’s edgy and he has great style. I also love that he always plays extreme characters in films and he really immerses himself in the roll.

Lee Evans. I don’t really find him very funny, he makes me cringe and he sweats SO much and I absolutely hate sweat. I kind of avoid the gym for that reason!! Lee Evans is just too in your face, and OTT for my liking. Also dislike men who are arrogant, flash, and cocky.

How do you keep a man happy?

Oh gosh, no clue! I wing it, see what happens. I get to learn what they like, and try to figure out their personality to see if there’s certain things I do that make them smile. It’s different for each guy, it really depends if it’s a friendship or something more intimate.

How can man keep you happy?

Well…. I love a good cup of tea. My horse and dog mean the world to me so they have to acknowledge that and know that those two boys in my life will be number one. I also like to shop. Not necessarily buy things but just go out for a little browse. I really like thoughtful men, but that’s hard to come by nowadays. Men seem to be quite selfish in 2016, always looking for the next best thing. If you were a gay guy, which of the gay housemates would you fancy most?

Ryan. He’s attractive but he’s a bit too in your face. He knows he’s an attention seeker and I think I’d feel like I was constantly competing for my five mins with him. Sam is LUSH, and has great fashion sense, but he’s a little too messy to live with, and farts/burps too much for me to cope with. Along with me, Andy is the negative Nancy of the house! What a depressing relationship we would have! He needs someone super positive like his partner Ed, and I am too similar to Andy for that to have ever worked out if I was a gay guy. So it would be Hughie. He is so handsome, kind loving and funny. He wouldn’t be who I typically go for because I quite like someone with an edgy fashion sense but they’re things that can be worked on.. Although you should learn to love them for who they are!! (Like Ryan has done, and shocked himself!) But I think I’d go for him because he is the nice guy of the house. 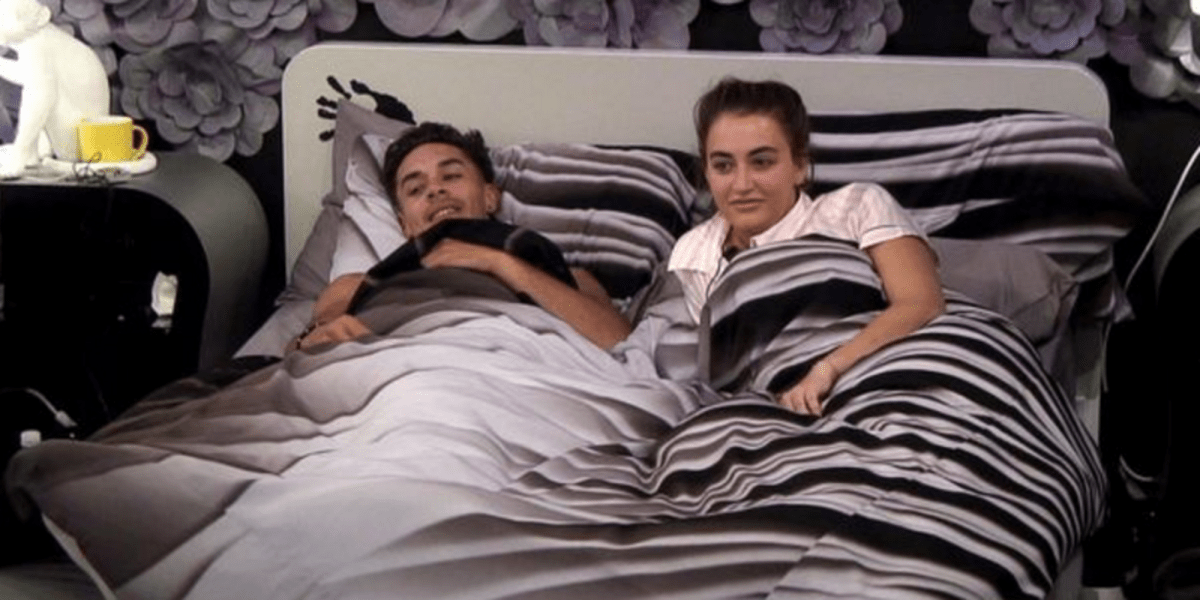 Jackson is a lean so-and-so – do you normally go for such whippet thin fellas?

Ummm… not usually. I don’t tend to have a type, BUT I do like the Johnny Depp, edgy out there style of a guy. I have had my fair share of whippet thin fellas, but also had some of the muscular toned types.

We noticed he has big hands….

You know what they say…. Big Gloves! 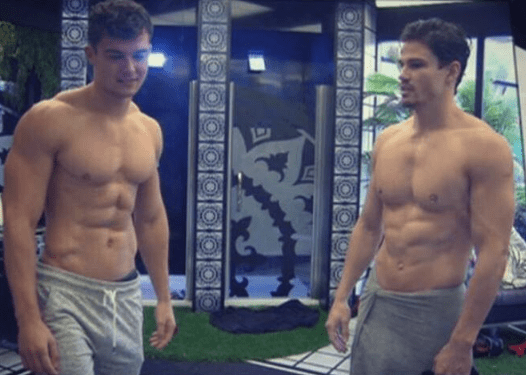 Emma’s man Josh was pretty fit… they’ve split now – would you be tempted?

No, never. I don’t have a wandering eye! He’s too jacked for my liking anyway. But I love Josh! I feel sorry for him, with the way Emma has treated him. He has a heart of gold, I think he is going to help me with a diet plan!

You had a bit of beef with Evelyn over Jackson – are you the kind of girl to get into a catfight scrap?

Evelyn is a game player, and manipulative. She knows exactly what she is doing when she flirts with him, luckily Jackson isn’t stupid. Lateysha said that one night the other week Evelyn was really drunk and kept throwing herself over Jackson and leaping on his back and he flung her off and said ‘get off, I know what you’re doing and stop it’. So he knows she’s doing it on purpose to hurt me. She’s not one to follow girl code apparently. I wouldn’t get in a physical scrap with her, but had I have known that was my last week in the house I would have definitely told her what for. Now people are starting to see that I was right about Laura and Evelyn from the start….!

When you’re catfighting, do you go for the extensions or rip the clothes first!

Whatever I could get my hands on first! haha. Just kidding, I wouldn’t want to break a nail or have my clothes ruined in return.

We loved that you are a snippy madame in the house – are you always moaning?

Have you ever had a massive kick off with anyone?

Yes, I think my biggest one was with Sophie Pape when filming Taking New York. But it didn’t really get me anywhere with her. Our friendship still is rocky and not as good as it was before filming. So I have kind of given up kicking off with people to the extent I used to with Sophie because it really has gotten me nowhere. So I ‘killing with kindness’ is now my new motto, and then cut them out of my friends group! Haha.

Do you think girls get easily jealous or are intimidated by you?

I think so, but I don’t know why! I might have resting bitch face but I am actually really friendly and funny if they give me the time of day. BUT if I don’t like you, then you know about it. I am also really strict with the girl code thing, so I would never want someone to feel threatened by me being friends with their boyfriend. 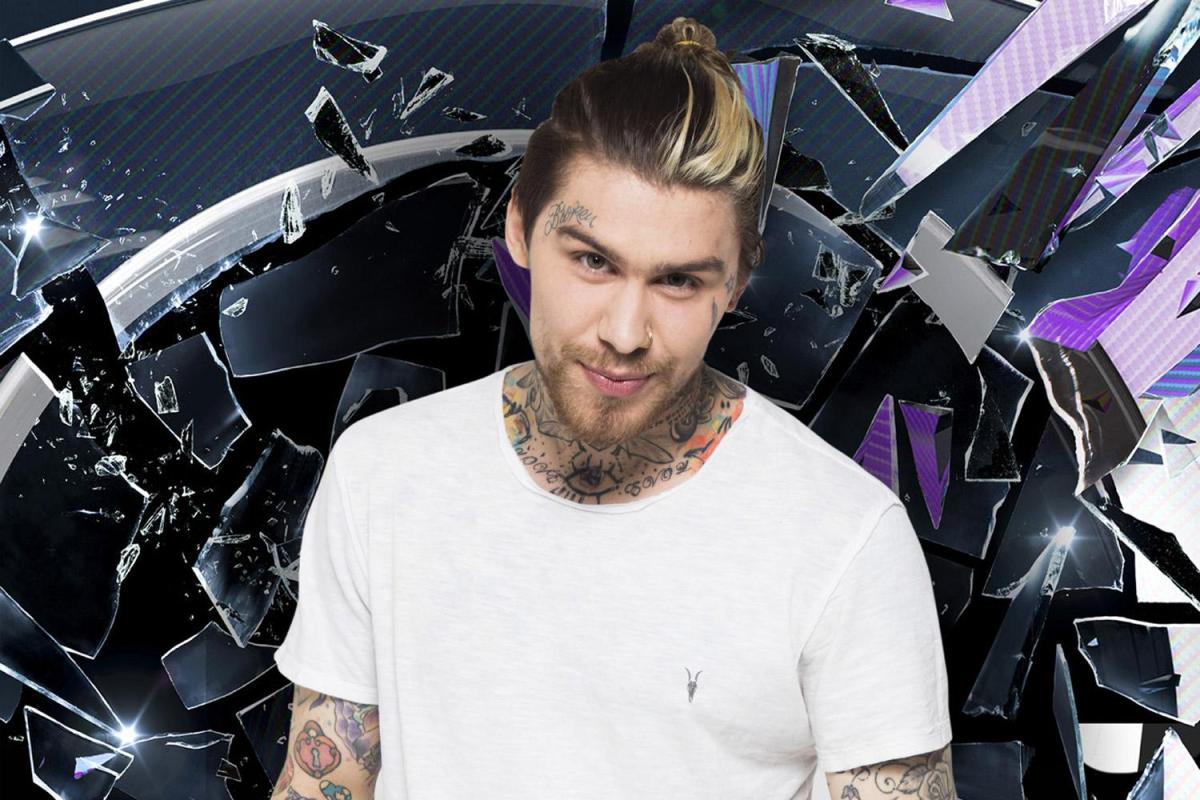 If Marco wasn’t such a twat would you sleep with him?

Never EVER. NEVER. He is not my type! His personality isn’t something that i’d ever be attracted to.