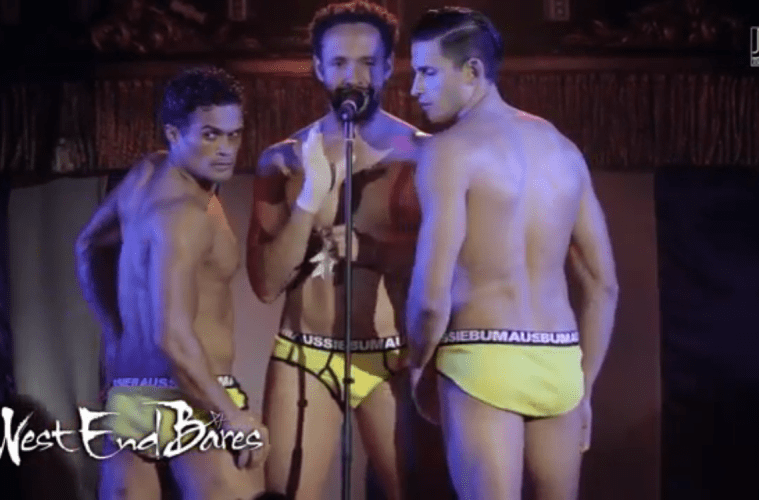 There may not be many laughs in Albert Square but in real life the stars of EastEnders certainly know how to have a good time.

Take  gorgeous newbie Leon Lopez, for example, who plays Claudette’s mysterious adopted son Linford. When he’s not brooding around Walford, you can catch him whipping his clothes off whilst singing classic old tunes.

Okay, so he doesn’t do it all the time, he only strips off when he’s raising dosh for charity, the big hearted so and so!

The multi-talented actor / writer / director was one of many stars taking part in 2014’s West End Bares, stripping off to raise money for theatrical charity The Make A Difference Trust.

In a skit called Plastic Surgeon, the hunky star is joined by two muscley beefcakes as he sings a rousing rendition of Fever! The racy performance ends with the two fellas ripping off not only their own clobber but Leon’s thong!

But hey don’t take our word for it, check it out for yourselves below!

The film will be screened at the Flare Festival on Tuesday 22 March and Saturday 26 March. Leo’s other film Let’s Talk About Sex And Drugs is also being screened on the same days.