Frankie Bridge reveals some sad news for fans of The Saturdays 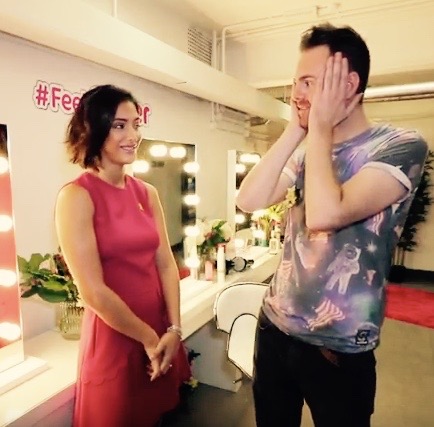 Frankie from the Saturdays is looking forward to a Spice Girls reunion but says The Saturdays have no plan to reunite just yet! Plus she shows TV presenter Andy West how to pose on the red carpet in a hilarious new video!

Gorgeous Saturdays star Frankie Bridge says she – like the rest of us gayers – is desperate for the Spice Girls to get back together next year to mark their 20th anniversary.

CHECK OUT THE FUNNIEST FRANKIE BRIDGE INTERVIEW EVER HERE:

The self-confessed Victoria Beckham fan says that she really, really, really hopes the girls finally put their differences aside to reunite for a one off show next year.

‘I would love all the Spice Girls to come back for a reunion,’ she told handsome showbiz reporter and friend of GuysLikeU Andy West. ‘I never got to see them when I was younger, because I wasn’t allowed to go. Then when they got back together the first time back in 2007, I was literally like a child, I did all the dance routines, I sung every song, it was one of the best moments of my life. I was in S Club Juniors so the Spice Girls were my idols. I’d love them to get back together again so I can relive my relive.’ 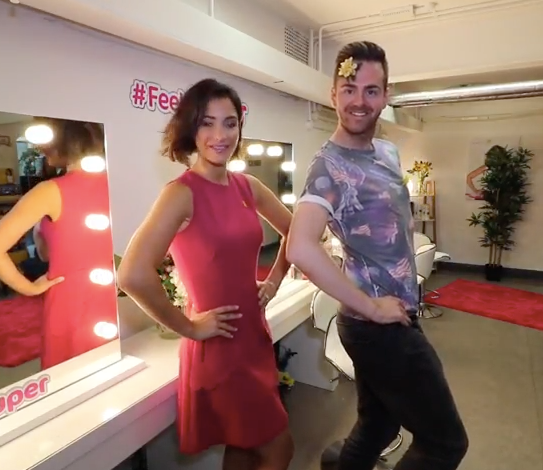 In spite of being in one of the UK’s biggest girls bands, Frankie, who is supporting Superdrug and P&G’s #FeelSuper campaign in aid of Marie Curie, admits that she is yet to meet her idols – but once convinced herself that she had.

‘I really, really want to meet them. When I was a kid – I actually dreamt that I had met the Spice Girls – I genuinely believed I met them. But I hadn’t. I was heartbroken.’ 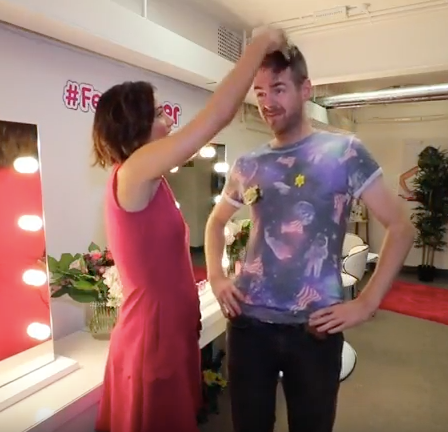 But boys, we have some sad news. While Frankie’s giddy about Posh, Ginger, Sporty, Baby and Scary potentially getting back together, she admits that there is little chance of her and her Saturdays bandmates reuniting anytime soon.

The girls, like One Direction, have been on a hiatus while they focus on solo projects. Rochelle Humes, Una Healy and Frankie have focused on TV presenting, while Molly King and Vanessa White have opted to stick with music. But in spite of the fans begging them to make a return to the charts to unleash delicious club floor stompers like 30 Days and Notorious, Frankie admits they have no plans to reunite just yet! 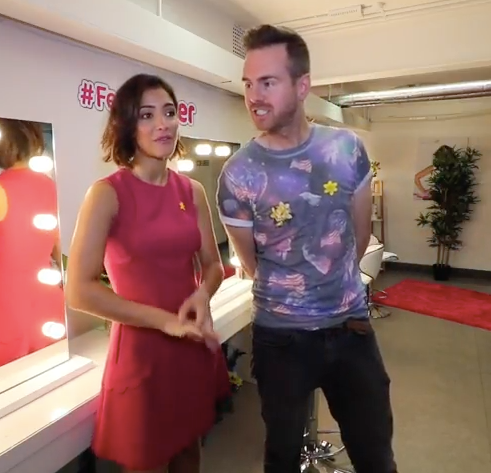 ‘Well, it’s not like we’re not NOT coming back,’ she revealed. ‘It’s just not necessarily happening now. We’ve not split up. I think everyone thinks that we’ve split, but we haven’t. But the option of getting back together is obviously there.’

Frankie is supporting SuperDrug and P&G’s #FeelSuper campaign in aid of Marie Curie. For every purchase selected beauty products, a cash donation will be made to charity. So come on guys, help out NOW! For more info click HERE