EXCLUSIVE: Meet the man behind the video that has captivated the world! 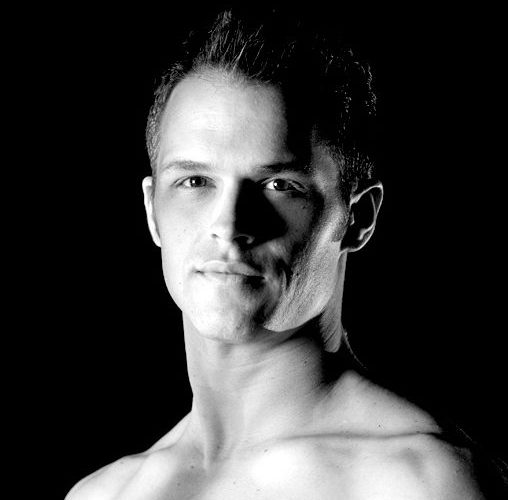 GuysLikeU’s editor in chief Christian Guiltenane meets Matthew Richardson, the amazing talent behind the video that has touched the world.

Today we stumbled across a beautiful SHORT FILM featuring two acrobats that has had the world absolutely mesmerised.

Once we’d mopped up our tears, we got in touch with Matthew Richardson, who not only is the brainchild behind the clip, but also one its stars, to find out more about how and why he dreamt up this magical delight. 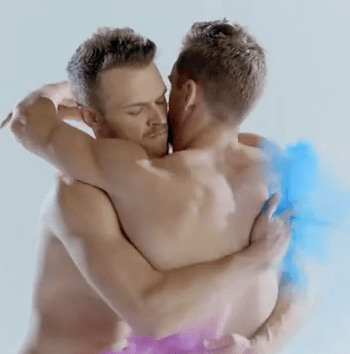 Matthew, we were so moved by the piece… What made you create this?

I wanted to make this because we as gay men are still not truly considered equals by so many in this world. I wanted to send a positive message about the love we share. It’s sad that we cannot walk down the street holding hands without constant stares of confusion or anger. But also, on the lighter side, because I wanted to tell the story of my relationship with Francis, being completely true to who we are, and to capture the love we share in a beautiful way. To capture this moment in time where our connection and bond is so strong. Francis and I were training together a couple years ago, with the idea that maybe we would have an act together someday (before this concept was born). And I found myself constantly saying ‘No, we can’t do this move. It’s too intimate. It’s too gay. People are going to be uncomfortable seeing this.’ And at some point I said, no. Enough. Why can’t we be exactly who we are. Why can’t we tell our story exactly how it is. I love this person more than anything, why wouldn’t the world want to see that. 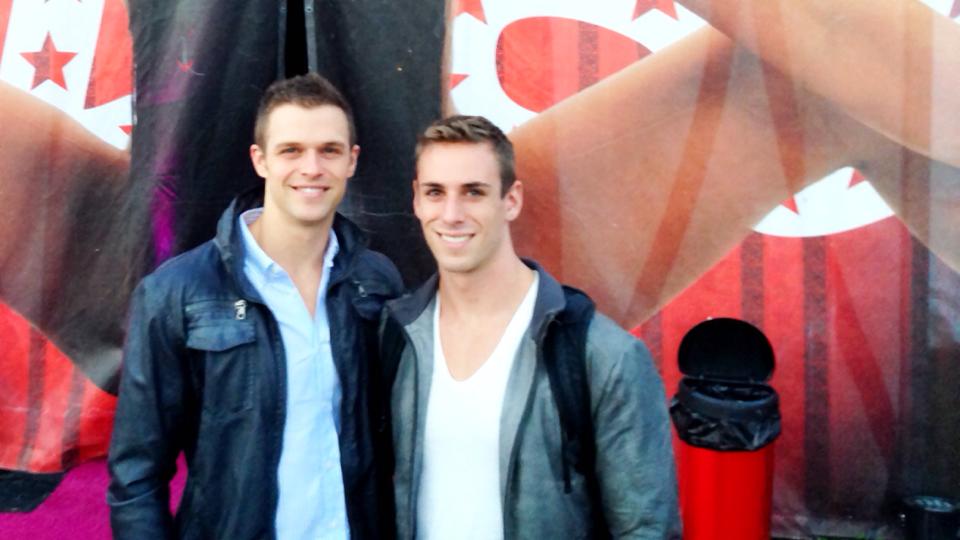 It’s beautifully intimate. The moment of that kiss is breathtaking. Our hearts just burst! How did you both meet?

Francis and I met 3 years ago, at his graduation performance from the National Circus School. I had just moved from California, to Montreal, so that I could pursue more professional circus training. And really, the first second I met him – I was hooked. It was the closest thing to love at first sight I’ve ever experienced. I could barely focus on our initial conversation. Ironically I already knew who he was, because the cyr wheel community is relatively small. But I didn’t expect to fall for anyone like that. And my new roommate was his duo partner, so we slowly saw more and more of each other. 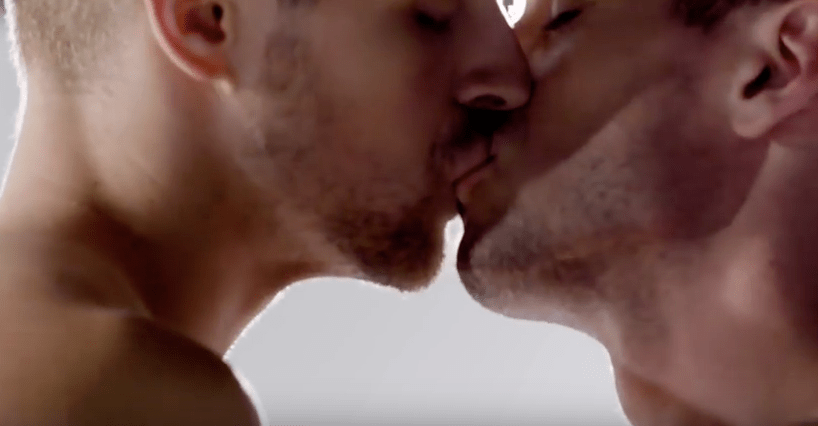 You say that we gay guys are still not considered as equals in society. Have you experienced any negativity?

Of course, over my lifetime I’ve experience a lot of negativity for my sexuality, like most gay men. As a couple, we experienced some negativity as well. One moment that stands out to me, was a day Francis and I were holding hands, walking down a street in Montreal (which is generally VERY gay friendly). But on this day, a car pulled up, honked his horn, flicked us off and yelled something I couldn’t understand. Ironically, about five minutes later and older woman walking past stopped us. I was prepared for another situation, or for her to tell us that what we were doing was wrong. But to my surprise she just said ‘You two are a beautiful couple.’ It sort of restored my faith in humanity. A really nice moment, that a moment of pure hate was followed by the exact opposite. 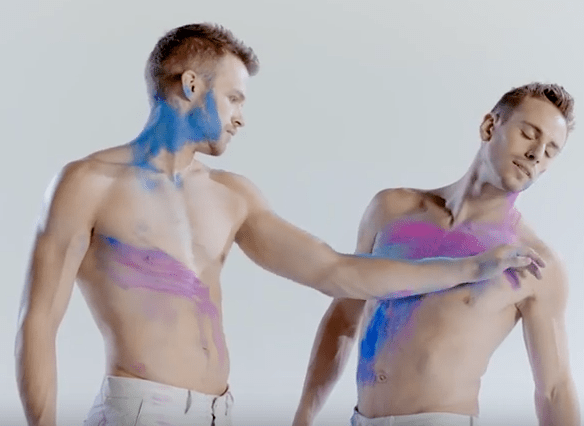 Did you have an easy coming out experience?

It’s really only in the last few years that I would say I’ve grown 100% comfortable and proud of who I am. Although I told my parents when I was 14, it wasn’t until rather recently that I stopped trying to change myself for society’s comfort. Or to make myself more acceptable, more ‘masculine” or any of that awfulness. And it’s one of the reasons this video is such a celebration. We are really celebrating the love we have, and celebrating who we are. 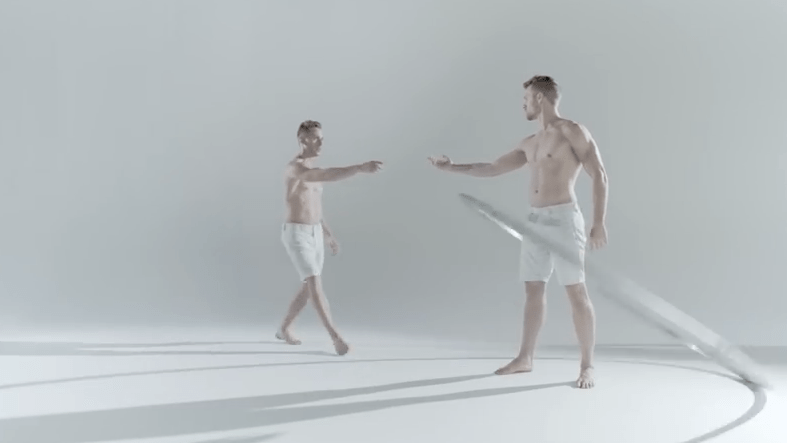 You dedicate the film to you father at the end of the video….

My Father was the first person to tell me I was perfect, exactly how I was. That it didn’t matter if I was gay. He loved me unconditionally. He only passed away very recently, last January. He died of Pancreatic Cancer, that came out of nowhere and took his life about 5 weeks after diagnosis. The last year was the worst of my life, a horrible injury, and the loss of my father. I was devastated. He met Francis last year, by a beautiful twist of fate just months before his diagnosis. I was in Amsterdam for two months, staying with Francis, and my father came out for two weeks to travel Europe with me. Initially I didn’t think they would meet (Because Francis was supposed to go on tour) but it worked out that we all had a few days together in Amsterdam. I’m really grateful for that, that Francis knows exactly the kind of man he was. 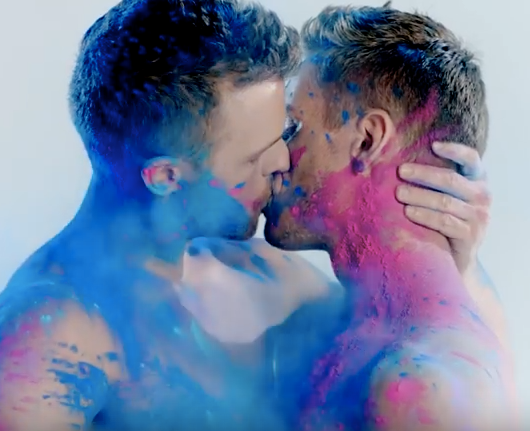 Moments like the recent events in Orlando still happen, but do you think we are in a good place in terms of social acceptance

In my life so far, it’s obvious the world is moving towards a more accepting and tolerant direction. But we still have a long way to go. Hopefully, things like the video help start a conversation or shift someone’s perspective a bit. I hope it will help show the world that we are not any different. That our love is not any different. And in fact, the love I share with this man, is absolutely something to celebrate.