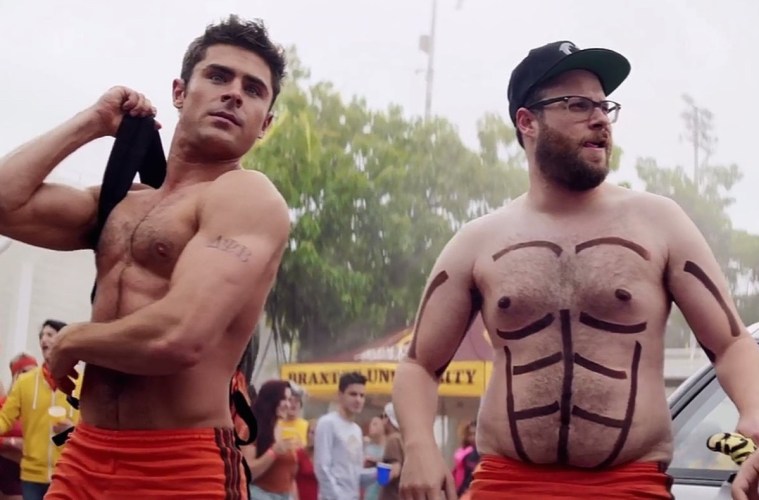 Okay, so everyone’s been banging on about how insanely hot Zac Efron looks in the trailer for Bad Neighbours 2! But what about his co-star Seth Rogan? Why does he never get a look in?

Well, folks, his time has come to shine as we here at GuyslikeU celebrate the amazingness of Mr Rogen.

Sure, he might not have the super muscled bod of his co-star, but that doesn’t matter to us. After all, not all of us are suckers for perky pecs and toned tums. Some of us actually like the softer, hairier look that Seth sports so god damn well. It’s actually sexy and desirable. He’s a man’s man. He looks strong and dependable and not the kind of guy who obsesses about the way he looks. Not that he doesn’t look great! His curly hair is to die for, his scruffy beard is so super sexy and his specs –  well, they just had to the perfection of Seth. And the icing on the cake? Seth is f**king funny! Result!

Let us know what you think. Is Seth hotter than Zac? Are you more attracted to muscles than normal bods?