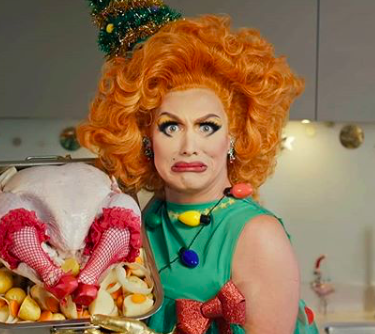 Drag queen Mary Mac has announced that she wants to represent the UK at next year’s Eurovision. Speaking during her hugely popular weekly live stream show from her home in Lanzarote, the Irn Bru-swigging drag sensation poured scorn on what would have been this year’s entry My Last Breath by James Newman.

Dismissing the mid tempo entry as ‘another ballad’, Mary suggested that next year the BBC should opt for an upbeat number so that the UK could perhaps place higher than it usually does. Mary also said she would be up for the challenge of taking on the rest of Europe (and Australia) and asked her thousands of fans to back her in her campaign.

Mary is one of many of the UK’s greatest drag queens who have staged free live streams during the Coronavirus lockdown. Check her out every Sunday on Facebook and Instagram. Mary is also one of the cast members of the touring production of Everybody’s Talking About Jamie which is hold during the lockdown.