LISTEN: Mary Mac shocks fans with an X-rated version of a Steps classic 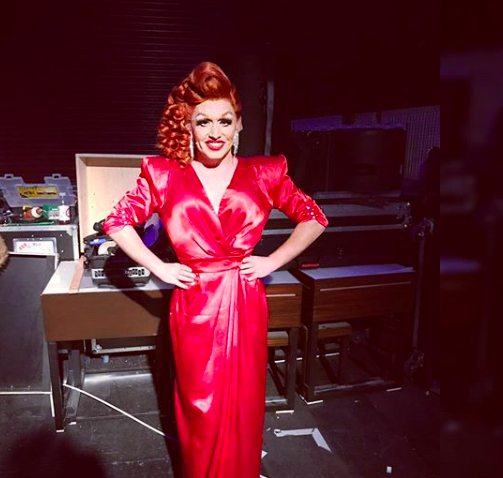 Outrageous drag queen Mary Mac had fans blushing when she performed an X-Rated version of one of Steps’ most cherished classic hits. The Scottish Irn Bru-swilling cabaret artiste performed her filthy version of the super perky chart-topper Better Best Forgotten during her Lockdown Live From Lanzarote over the weekend – and fans were shocked and amused in equal measure.

Although the talented singer / songwriter / drag superstar had craftily changed all the words to the 1999 smash hit single, the lyrics to the chorus were the most outrageous.

During one chorus Mary trilled; ‘I’m on the hunt for a happy ending. I want a fuck I don’t want befriending. So flip yourself and stop pretending. I just want a blow. And baby you know… You better best be bottom.

Later in the song, the flame haired queen sings an alternative version of the chorus that proved to be even more hilariously explicit. “Thanks for the happy ending. You flipped yourself and you stopped pretending. I spread your cheeks and I shoved my end in. I just want a blow. And baby you know… You better best be bottom.”

Every weekend I'm totally overwhelmed by how gorgeous people are being about Lockdown Live from Lanzarote! @brett_watkiss and I love our little hour and a bit of madness each Sunday and you all make it so worth while! Thank you and keep Staying Home till we can all be back together! #quarantinequeen #lockdownlive #dragqueen #ginger #drag

After the song an exhausted Mary fell back into her chair and addressed her hundreds of viewers “Filth,” she announced. “I warned you! I’ve lost followers. Ive lost all sorts. My dignity. My mind.” She then added, “Those lyrics have been bought by H from Steps for his solo album. Yes it’s true! He loves that version.”

We look forward to hearing how version. Come on H!

Spool to 1hr05mins to hear Mary’s very unique interpretation of the song below.