Life ain’t that bad! Listen to these Christmas horrors to see why! 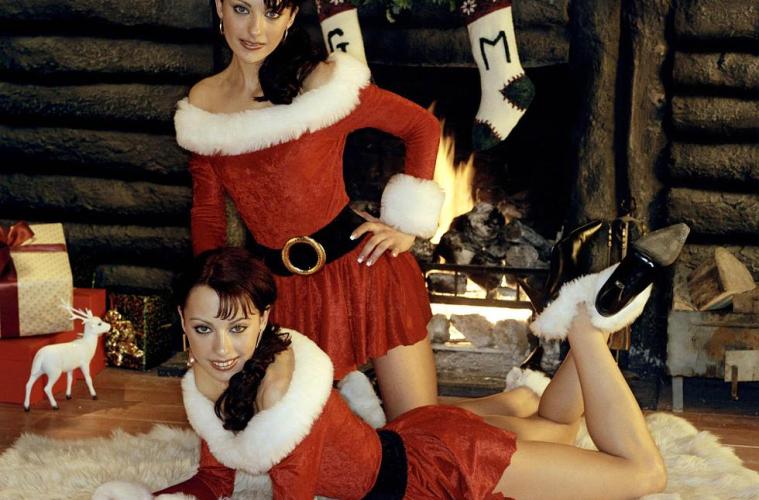 Christmas can be a time when many of us feel low, depressed and like life isn’t worth living. Well, if this year you feel any of those dark, desperate feelings, just chuck on these tunes and you’ll realise that life could be a helluva lot worse.  Here for your delight, are three of the worst Christmas tunes ever recorded.

A Cheeky Christmas – The Cheeky Girls

For a time these two terrifying tuneless twins were all the rage. After handful of singles (which included the legendary Take Your Shoes Off), they released this inevitable Christmas bauble. It’s dreadful of course. But what’s even worse than this tuneless dirge is the irritating exuberance of the smiley-smiley backing dancers, prancing around like bafoons in the background. They’re enough to make you want to club them to death with a Cheeky Girl. But it’s not all bad. The best part of the video is when one of the grumpy reindeers gets so fed up listening to this festive shizzle and goes for one of the girls. Get in the queue, bitch!

To be honest, the song ain’t half bad in a knowingly cheesy Christmas song kind of way. It has that delightful Last Christmas plod, the sound of jingle bells and a melody that is pretty cute. But as the band are dressed up like a right bunch of twats and the routine looks like it’s been thought up by a joyless nincompoop (don’t get us started on Martin’s woeful centre parting), the video makes the so-so song even more icky and sickly. We suggest you watch this with a bucket to hand!

He was the most hideous and deluded individual to ever enter the Big Brother house (yes, we know that’s a big statement) and some six months after we thought he’d disappeared into obscurity, he’s had the audacity to record a Christmas single! As if anyone will care! What’s actually worse than the tiresomely inane song (yes, there is actually something far more hideous than this three and a half minute Christmas nightmare) is that in his desperate need for self-promotion, Mr Showbiz (real name Simon Gross – how apt) shamelessly dragged his ass on to Judge Rinder to try to get money back from the people who produced the song, claiming it was substandard (it’s knowingly bad, but his mere presence makes it sound even worse!) We’re sure none will actually buy this pile of steaming donkey sh*t but let’s hope the odious ass does a Christmas tour of Death Row prisons in the US and let the inmates give him a Christmas treat of their own. They ain’t got nothing to lose.