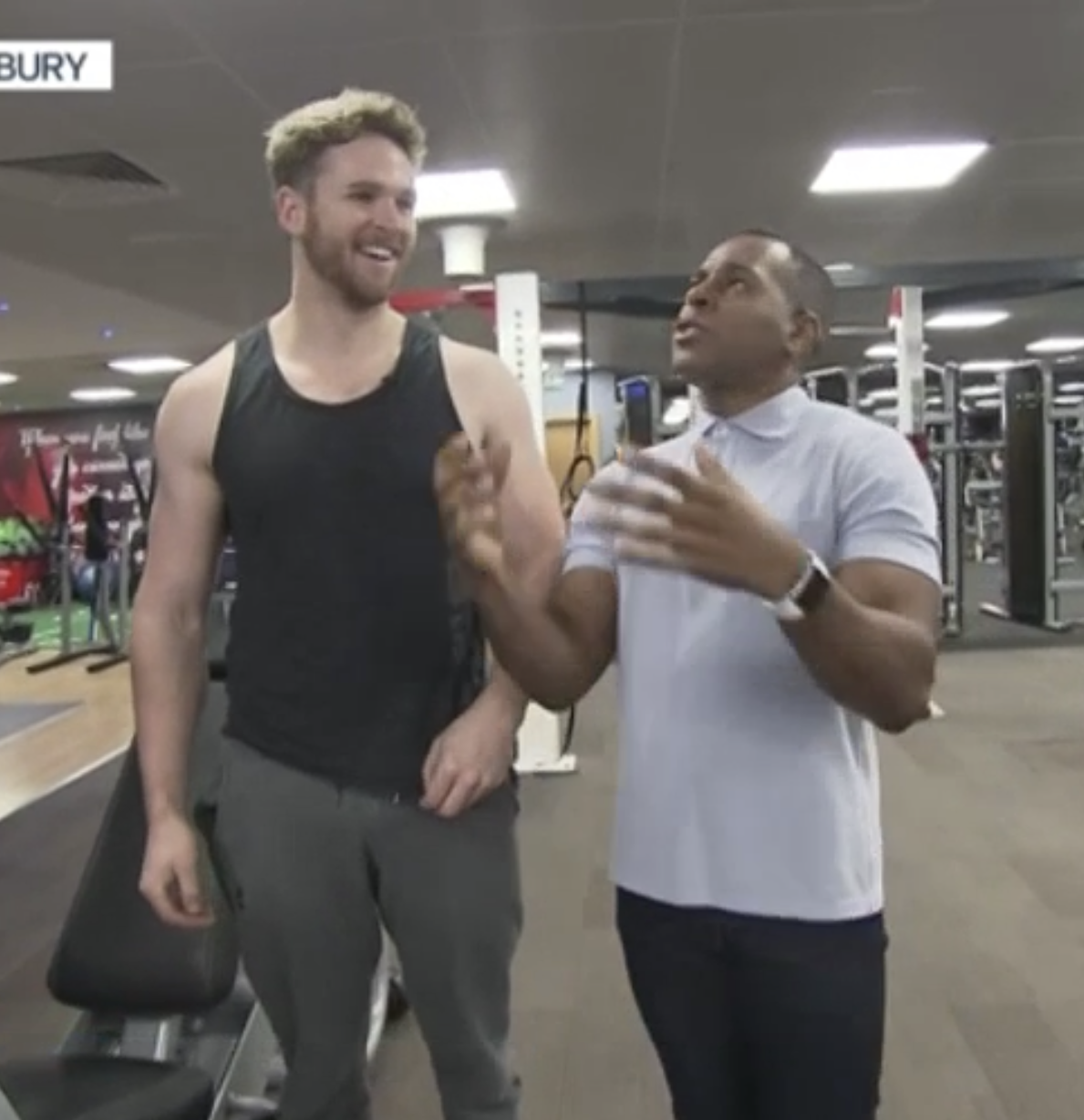 Viewers of Good Morning Britain were given a right eyeful this morning as gorgeous competition winner Mike Wring showed off his gym skills for Andi Peters.

But his muscle-pumping wasn’t all the fella was showcasing. 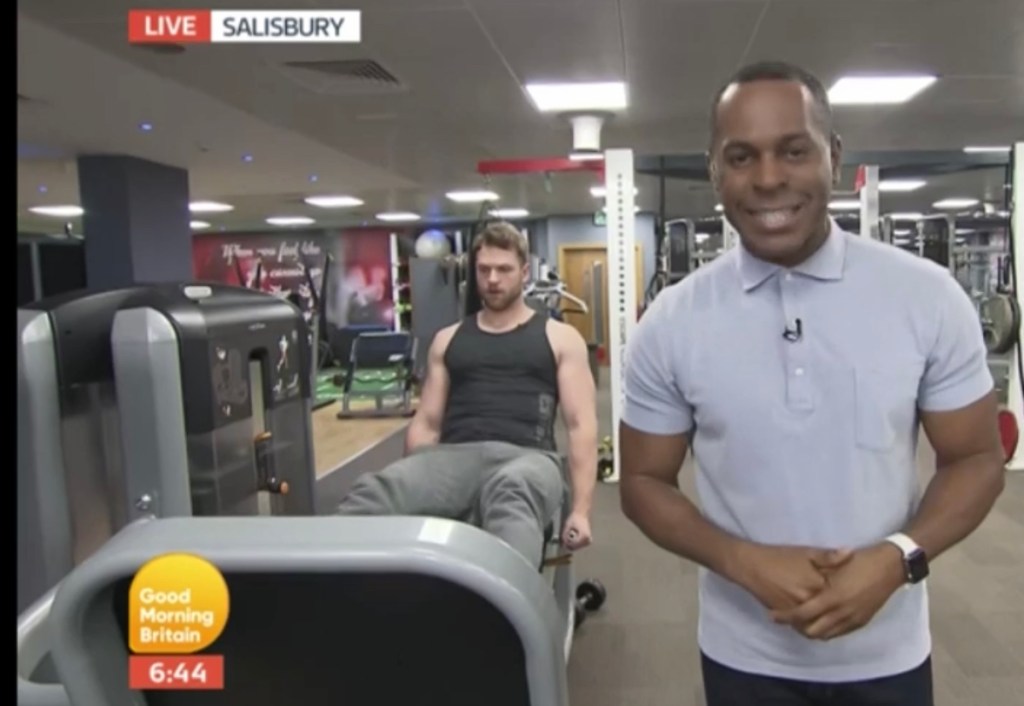 Eagle-eyed early risers noticed a rather noticeable swell in his grey trackies as he told the telly favourite how the £70, 000 he had won had changed his life. 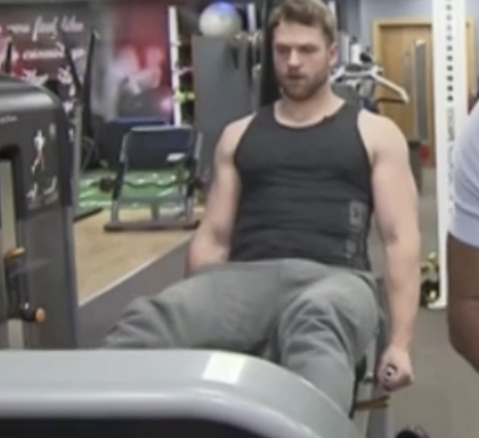 Whether it was just a fold in the material of his grey track bottoms, a banana signed by Meghan Markle or a rather exciting sign that the 6ft8 hunk is all in proportion, we won’t be able to decide until Mike posts a Insta pic in his undies.