We reveal who the Good Morning Britain competition-winning hunk is! 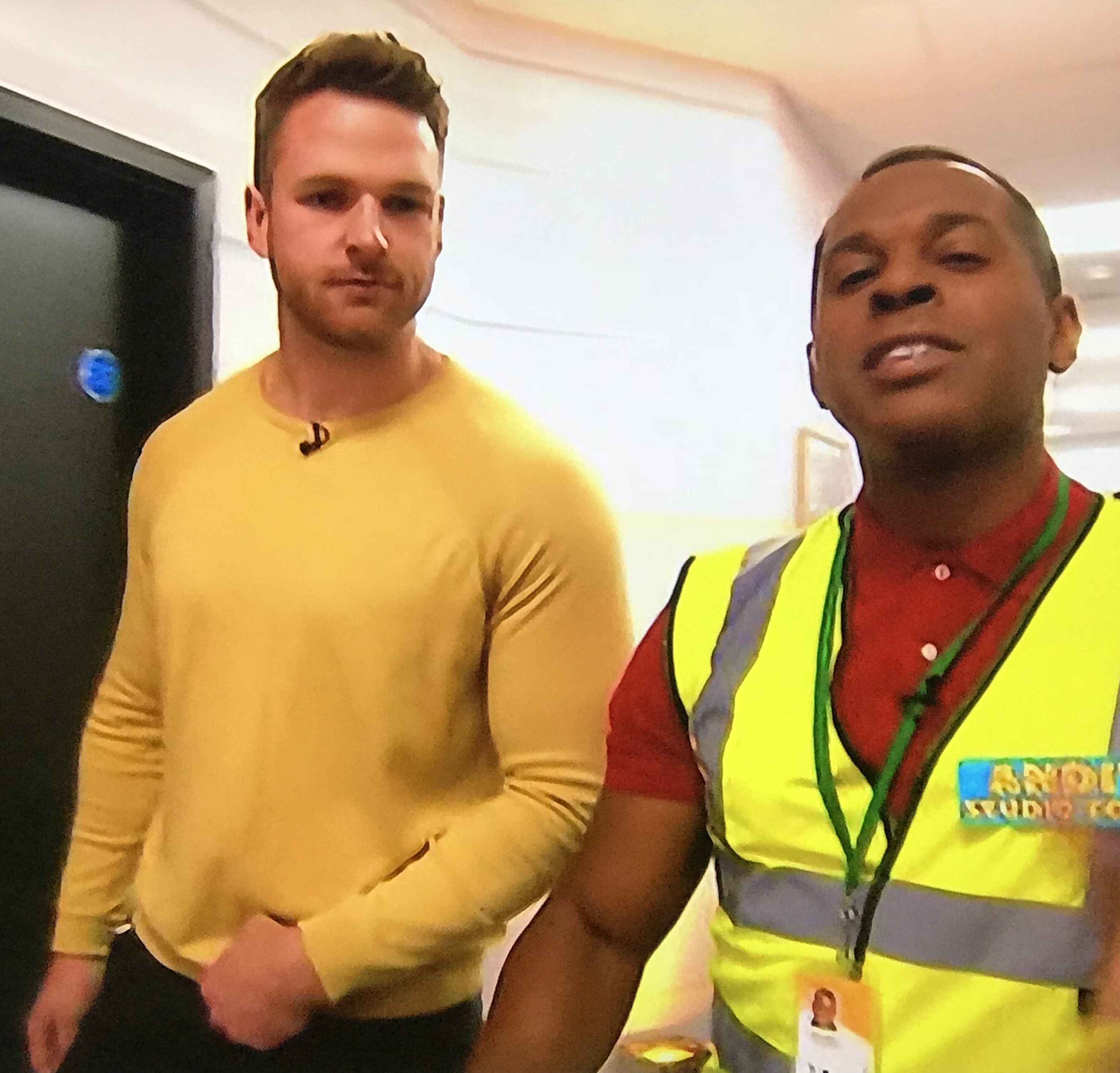 Say what you like about morning TV, but this week it’s been very good to us thirsty so-and-sos who love nothing more than to shamelessly eye up a hunk or two.

On Monday, the folks at This Morning introduced us to globe trotting spunk Jeremy Jauncey, who spent all his time stripped to the waist and basking in the sun. 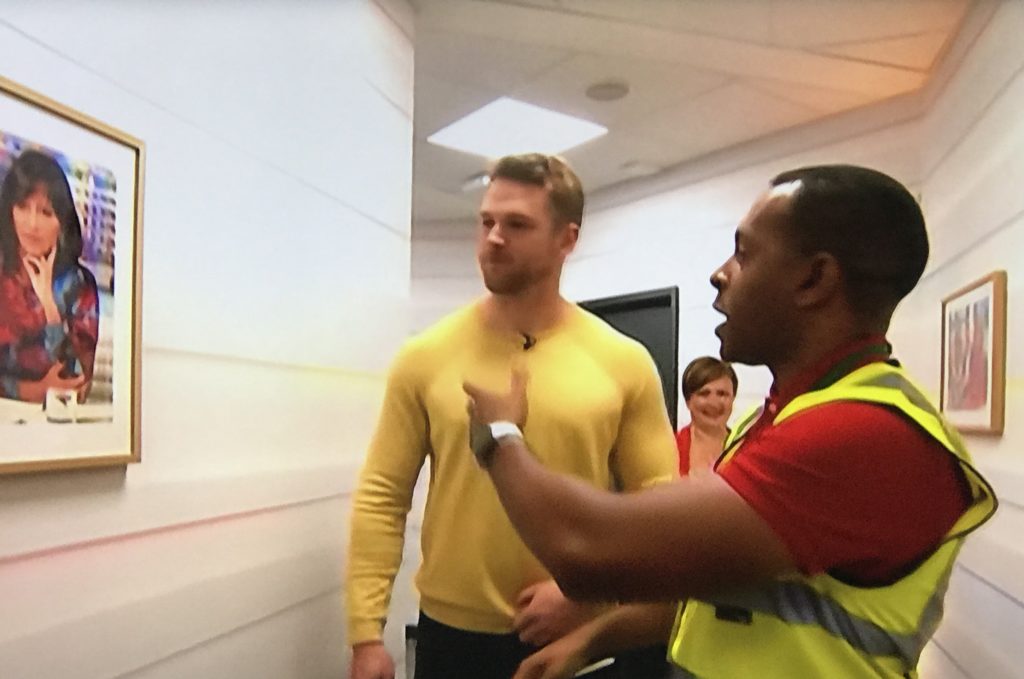 Now Good Morning Britain have got in on the act and have tickled our fancies by parading one of the hunkiest fellas we’ve seen in a long while across their studio and whipping us in to a frenzy.

During one segment of the show, we watched Andi Peters lead some lucky big money competition winners around the studio, one of whom was an incredibly handsome fella who had won £70, 000 (so gorgeous, hunky and rich! Ping!) 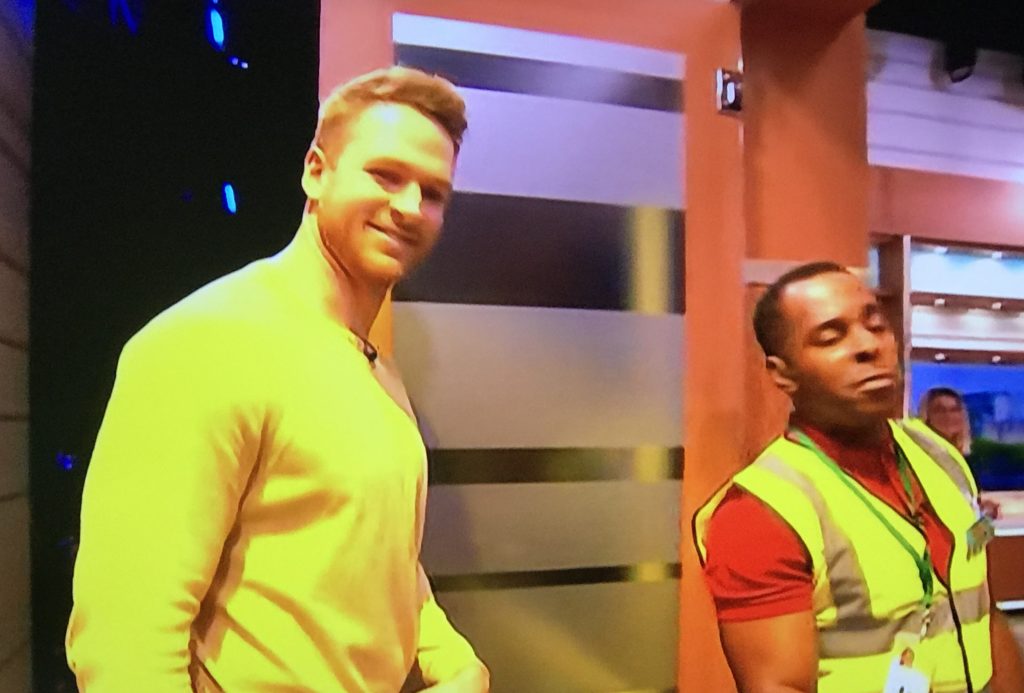 Clad in a tight canary yellow jumper and towering over Andi, he cut a striking figure as he strode through the studio like a warrior.

Cannily aware of what viewers want, Andi encouraged the ridiculously buff beau to challenge presenter Ben Shephard to an arm wrestle, which our guy kindly let him win.

After a bit of research (thanks to Jen) we can reveal that the hunky chap is called Mike Wring, who is the founder of Three Sixty History, musician and model. Well, we’re hardly surprised. And from having a quick perve around his Insta it also – sadly – turns out the chap is loved up with a girlfriend. #LuckyBitch. Oh well, at least we can exercise out peepers by feasting on his online pics! Nice to meet you Mike!

After several knock backs with injuries affecting the amount i have been able to workout, I Went through a stage of feeling unhappy with my body and my minds perception of what I thought i looked like. Now feeling really confident and looking forward to getting back to the intensity i was at before. #instafit #gym #bodydysmorphia #gains #diet #fitfam #muscles #workout #diet #terribletan #bratan #shoulderday #dumbell #barbell #traps #abs #biceps #triceps #training #fitspo #fitsperation #crossfit #nutrition

Impromptu date night with this beauty @jen56785 to celebrate me finding a shirt that actually fits me well…… or the fact that it was only the third proper date we have ever really had together. #girlfriend #love #datenight #nightout #salisbury #prezzo #gin #food #italianfood #salisbury #thecathedral #whiteshirt

Feeling pretty lean at the moment despite not really focusing too much on diet right now. No macro counting. Just eating what i feel like as long as it hits the key nutrition needed and 6litres of water a day. Hitting the sessions harder than ever to be more powerful and explosive so will be putting more of an emphasis on diet as i go. Waist now fits a 34in as opposed to the 42in it was before. Never thought i would ever have abs either so pretty pleased with that too!

Start the week as you mean to carry on…. leaving your house keys in the car so you have to break out of your own homes window….getting stuck…ripping a sweatshirt…getting out… realising car keys are still inside…. breakback back in…fall off window ledge….scratched by protective cat….get keys ….. break back out etc then document the stupidity and share to spread joy to those not as stupid as myself on a wet monday…as you do…. if only my mum had warned me a million times about leaving my keys in the car……