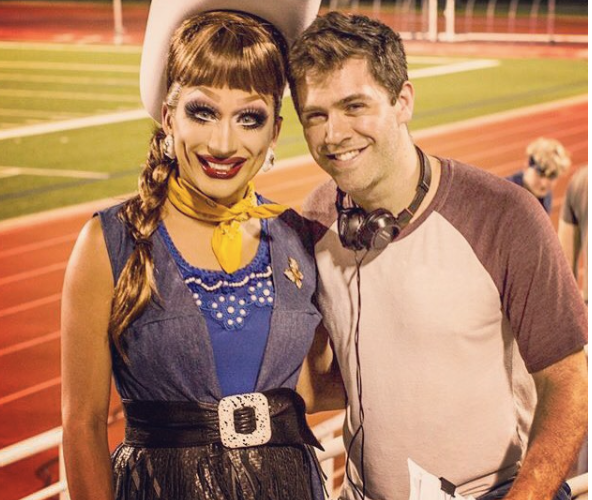 There’s been so much talk about Bianca Del Rio’s movie Hurricane Bianca that we are practically gagging to see it. And now – sound the siren – we finally can. If you’re in Canada in June, that is.

The film, written and directed by Bianca’s pal Matt Kugelman, has told us that the eagerly anticipated comedy will be shown at the Inside Out Film Festival in Toronto at the TIFF Bell Lightbox on June 3rd!! Not only that, there’s gonna be a sickening after party attended by the super star herself. So come on folks – book your tickets now.

Although, we Brits have a while to wait before we get to see the film on our shores, here are some stunning behind the scenes shots from the set courtesy of Matt Kugelman to tide you over.

The film, which is due out later this year, is a comedy about a New York teacher who moves to a small Texas town, is fired for being gay and returns in disguise as a sasspot gal keen on avenging the nasty town that chased him away.

And from look of these pictures, it looks like we’re in for one hell of a ride. Roll on Hurricane Bianca!

#hurricanebianca is comin for ya! #postproduction #edit

As of 2:28am, we are wrapped with "Hurricane Bianca!!" I feel like the luckiest person right now. Thank you to everyone that made this possible. This cast and crew was the DREAM TEAM!!!

By the Grace of God, I have a retarded muse… And wouldn't have it any other way. @thebiancadelrio #5AM #Flawless #TheBest #HurricaneBianca

Our latest, greatest and certainly tallest cameo has been Ru-Vealed! Thanks for everything, @rupaulofficial! #hurricanebianca

Keep up to date with the film here http://www.hurricanebianca.com