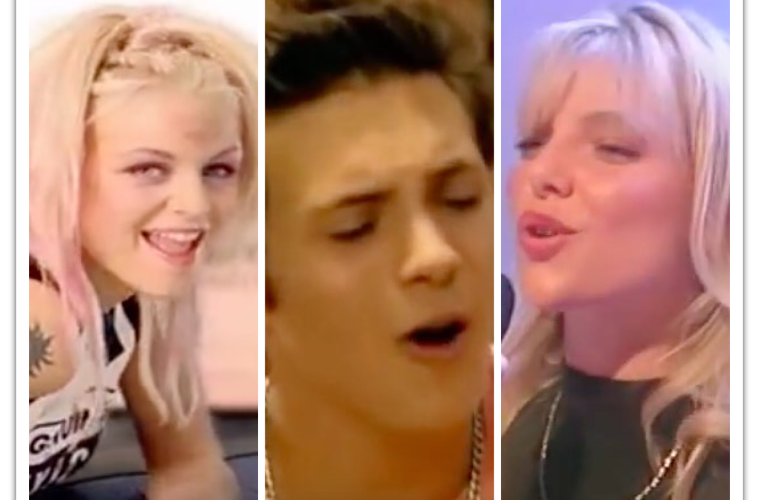 After that almighty pond punch up in tonight’s EastEnders wedding episode, we finally got to see Mick and Linda tie the knot, serenaded beautifully by a wedding singer. But that beautiful sound is a far cry from the sounds some of the EastEnders cast have created over the years.

Here, we relive some of the iffy musical nightmares that – actually – we secretly love.

Someone actually thought that a female Village People was what the world was waiting for. It wasn’t. So Rita Simons’ sensational pop debut wasn’t quite as successful as she’d hoped.

Samantha Janus – A Message To Your Heart

Long before she stropped around Albert Square, our Sam was the UK’s great big hope for 1991’s Eurovision Song Contest. Sadly, her attempt was merely hopeless.

Comedian, presenter, actor, singer. Is there no start to Richard’s talents (just teasing, Mr Blackwood, if you’re reading this.) This track was actually a top three hit and an album followed! Blimey!

Matt Di Angelo – Can I Trust You?

He may be the wicked so-and-so Deano on EastEnders, but almost ten years ago, sexy Matt teamed up with S Club Juniors for their short-lived TV show I Dream. Matt lent his tender vocals to this track Can I Trust You? and a Radiohead-sounding epic  Goodbye Radio!

It might have been for charity, but was there really any excuse for this irritatingly upbeat Wham! cover?