Could this be the GREATEST Steps album ever? 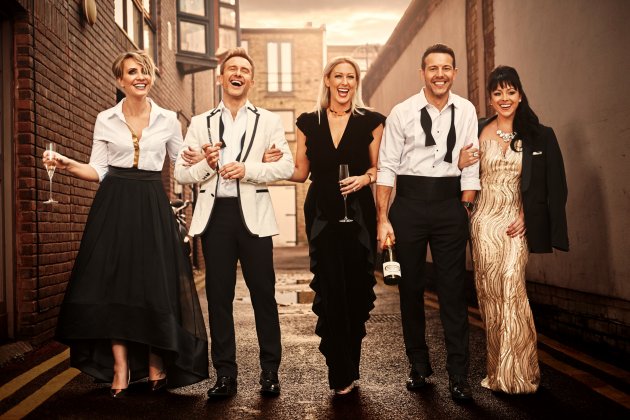 Sound the sirens! Steps are set to burst back into our lives this summer! And we can’t wait. Could these songs below serve up a dream album for those of us left disappointed by that Light Up The World misfire?

In a world that is falling apart, all we have to look forward to this year is the triumphant summer return of the mighty Steps. It’s been too long coming, but their brand of sassy shiny pop is just what we need to put a smile back on our faces.

Of course, we have to admit we are a little wary. After all, the memories of that awful Light Up the World album still burn in our mind. Show tunes and Christmas ballads!?!?!?! What the hell were they thinking about??? Why ditch the sound that made you huge for an album of dreary MOR drivel? It truly was the stuff of chart nightmares.

Luckily, the band are being managed by the folks behind The Saturdays and we hear that the new record will feature all NEW songs, hopefully produced by the likes of Xenomania and Alexander Bard, who told us that he’d be happy to produce some tunes for them.

But we can’t help but fear the worst.

So GuysLikeU have decided to slip on our A&R hat and suggest some corking pop tracks that are either forgotten by mainstream ears, rarely heard or have NEVER been released as singles in the UK.

Let us know what you think!

He’s On The Phone – Saint Etienne

Something In Your Eyes – Jenny Silver

All Around The World – Ola

Love’s Gonna Get You – Man Meadow

This is Me – Monrose

Best Thing In The World – Optymistic

I’ve Got Your Music – Saint Etienne

(never released in the UK)

(never released in the UK)

Jealous Cause I Love You – Venke Knutson