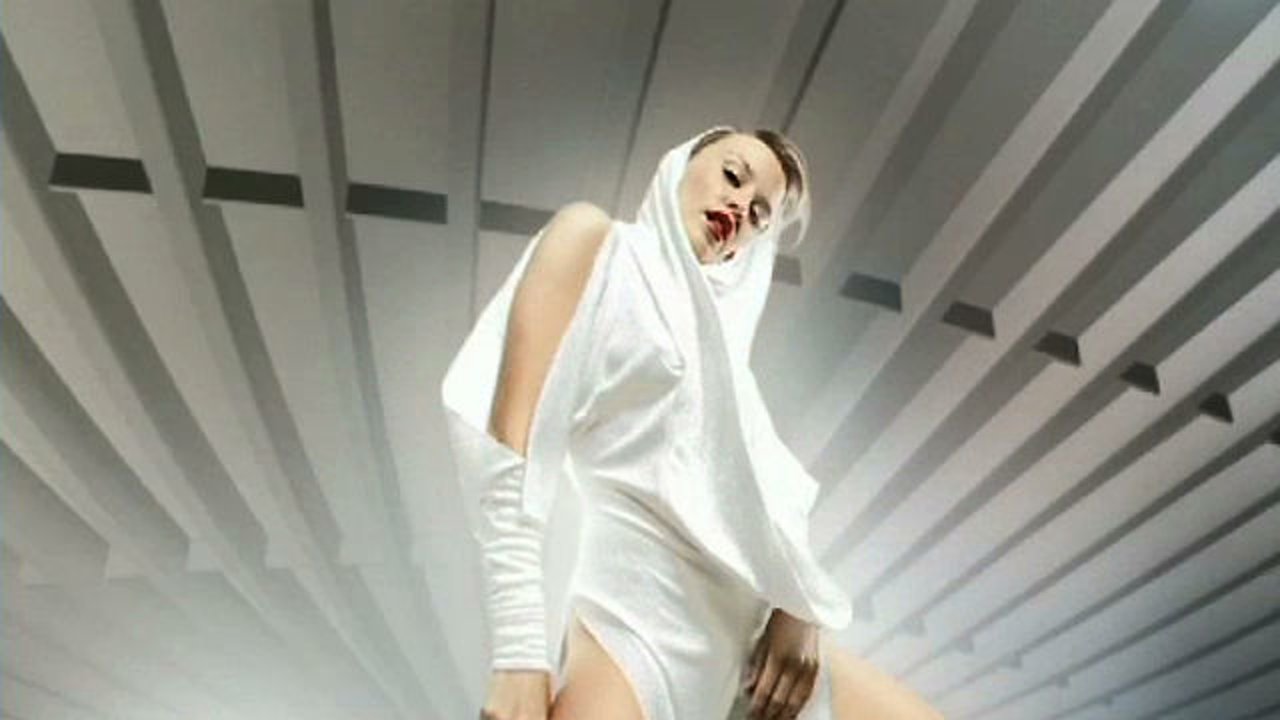 They always say that creativity in the music industry is hard to find. What a load of tosh, right? Only the most creative minds could dream up the likes of classic bands like Steps, Fast Food Rockers and Reggie and Bollie.

But sometimes – just sometimes – creative types have an off-day. So what do they do when they’re stuck for an idea? Easy, rip someone off. And it would appear in most cases, copy Kylie.

Here, we take a trip down memory lane to see just how many stars have, er, been inspired by the marvellous Ms Minogue. You’ll be surprised by what you see.

To accompany her groundbreaking dance hit of 2001, Ms Minogue went all space age and robotic.

Meanwhile, S Club’s poster girl was struggling to find hits so decided to give her lacklustre disco cover a boost with a very familiar looking clip!

You may not remember this dandy Brit songstress from the mid 00s (google her – it’s worth it), but Jem was a super duper singer songwriter who enjoyed a bit of success in the US. This tune, comes with a Barbarella-inspired video that would have been ace if a certain Aussie popstrel hadn’t beaten her to it.

Put Yourself In My Place – Kylie Minogue

Back in 1994, following her break from SAW, Kylie found street on the deConstruction label. Hot on the heels of the majestic Confide In Me, came this sultry ballad Put Yourself…  A so-so tune if ever there was one, but coupled with a video which sees Kylie pay homage to Jane Fonda in Barbarella, one that became most memorable indeed. (Sorry Jem, Kylie’s pink space suit is way sassier!)

One of Kylie’s least exciting singles, this irritiatingly upbeat cover was made slightly more fun by the sepia-tinged video clip of Kyles hanging out with dudes in New Orleans (or most likely, an east London warehouse!)

No sooner had our Kyles upped and left New Orleans (via Walthamsow) and the Take That boys rocked up with some dudes of their own. Er… spot the difference.

Okay, so Take That may have been inspired by Kylie, but Gary and the boys have been ripped off too. In Pray, the lads are seen sunning themselves on a tropical beach and finding shade among the reeds… Just check out what their piss-poor rivals Upside Down tried to do with their sound-a-like tune below.

Upside Down, if you remember (which you won’t), were a shockingly inadequate rip off of Take That! In fact, they were unfathomably crap, which is sad as the boys, who were discovered via a search for a boyband doc, were pretty fit and nice. For this make or break third  single, the boys sun themselves on a tropical beach and seek shade from the sun in the reeds… Hang on, that sounds familiar….