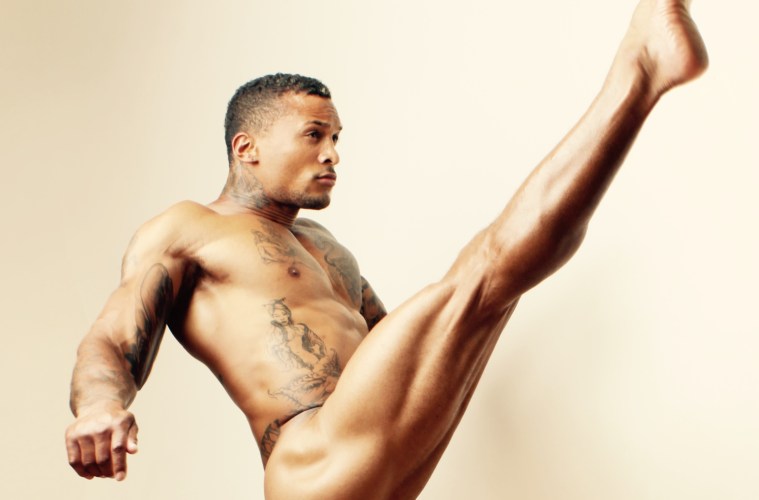 Fitness hunk David McIntosh on being super flexible, wild times in Russia and having his pics banned by Instagram!

David McIntosh is a rare find in this increasingly bland world of showbiz. Not only he is ruggedly handsome with a beautifully sculpted body but he’s also insanely hilarious. Which is most definitely a refreshing change indeed.

When we caught up with him a while back (read HERE), David had us in hysterics and you guys LAPPED him up. So when we saw him post this crazy balletic picture (above and below), we thought we better grab him for another marvellous moment of madness. And unsurprisingly, he didn’t let us down!

Here, David talks about his impressive flexibility, an outrageous sexcapade in Russia and why Instagram BANNED two of his shots!

David, you’re clearly a very flexible chap – does that mean you’re an agile fella in the bedroom?

I do my karate kicks, booty bops and power thrusts on a daily basis! This keeps me extremely agile and effectively nimble to pop, shake and shudder in any eventuality. But be warned! With great flexibility must come great responsibility, I was to find this out the hard way…!

Anyway whilst visiting Russia many years back, I hooked up a with a couple of dames from a local traveling circus. Perlisa Flipova (er, is this of real? – ed) a champion gymnast and a Mongolian contortionist named John. By the sweet beard of Sinbad, she could do things in the sack that would make you wanna baptise the whole building.

Anyway things got very cosy and one night we decided to try out an ancient sex position named the ‘Raj-a-shakahiem’ scholars believe the translation to mean: ‘The black Python that bends’ ( but that’s just a fictional guess.)

All that is known, is that it was banished from the kamasutra due to its deadly nature! Either way after a couple of hard hitting vodkas we were physically and mentally ready to attempt what others wouldn’t even dare fathom. However, the story turns sour from here on in, so I’ll save the bitter details.

Let’s just say if you ever want to get a hip and knee replacement don’t go to Russia that shit is pricey. For real, If the circus didn’t have a viable health plan those guys would of been living homeless and in wheel chairs. Not cool! 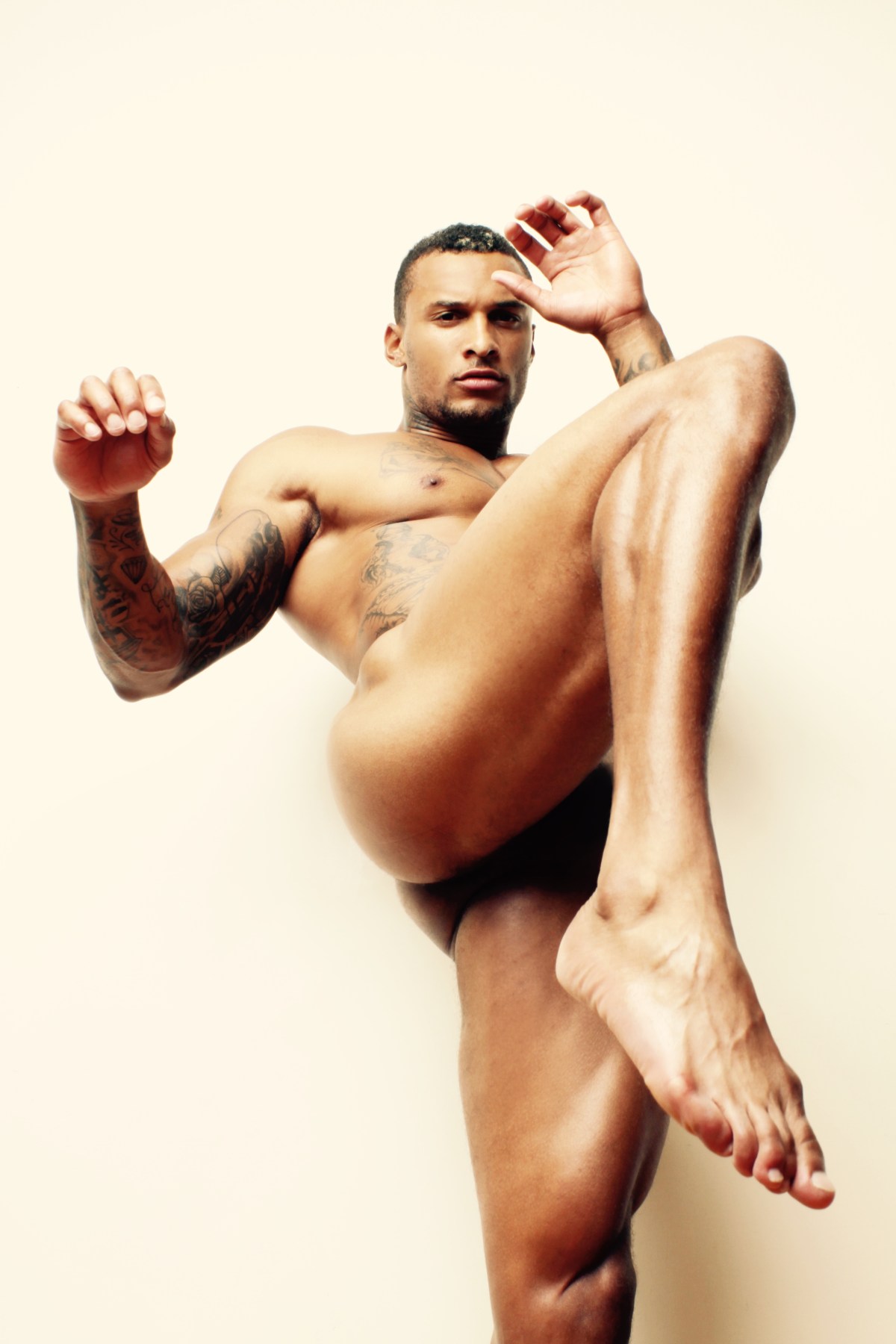 Well, there’s a lesson to be learned there. If you look really closely. Anyway, these days a lot of straight and gay guys are stripping off on Instagram. Why do you think men are so happy to do it? Are they all vain!?

Oh well, let’s not beat about the bush here, it’s the best online dating site in the world to sell your ass and abs! It becomes a way of life for some people, taking a selfie while brushing your teeth with the abs out, a selfie in bed while reading Harry Potter with the ass out and a selfie at poor granny Smith’s funeral with a bicep pump and pout. I mean it’s just gone too far! I for one am totally against getting naked online. Get some class guys purleaseeeee

Instagram has removed some pics of naked men recently because they think they’ve breach guidelines. Why do you think male nudity is deemed more offensive than female nudity?

I myself have fallen victim to this horrendous crime on numerous occasions.
Gone are the days when I could freely post a Monday morning soaped up ass shot to motivate the masses for a productive week of work. If I post just a hint of anything XXX rated these days I’m put on a 24hr ban. It’s just so so wrong and extremely upsetting. Personally I blame the ever growing feminist movement for monopolising the Instagram selfie world. Guys have rights too! And if I wanna pretend to show the world my new handbag and my naked ass just happens to slip in the shot too, then so be it.!!!! 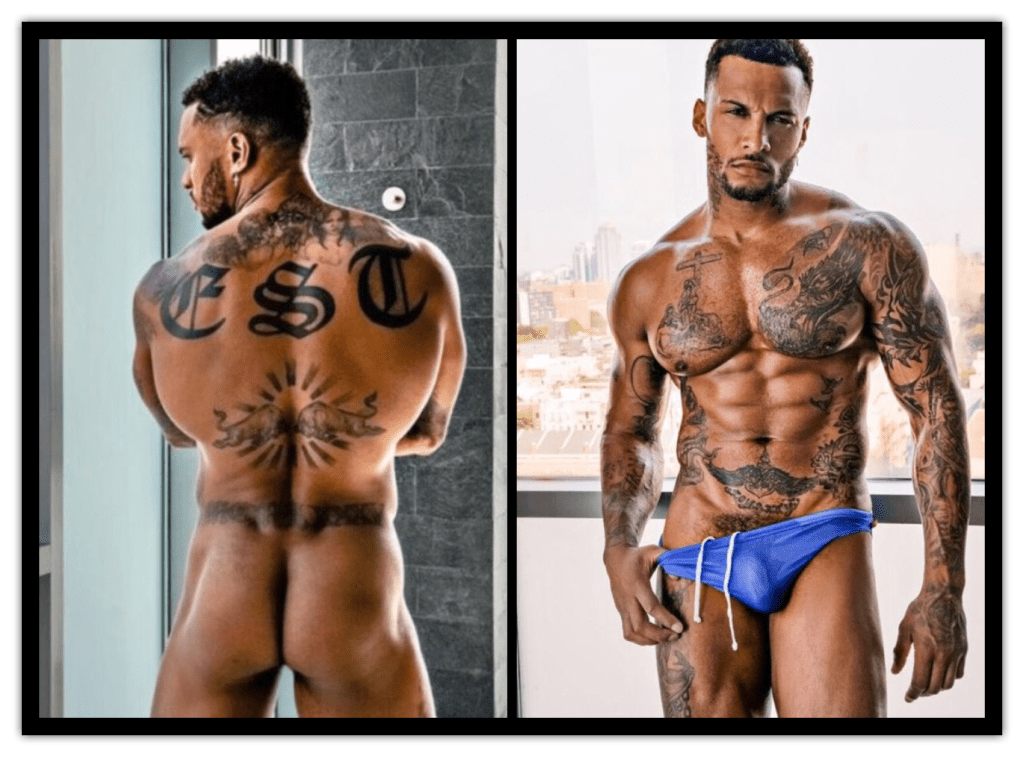 We see pics of women totally naked most of the time – why do you think seeing a man’s willy is still seen as unacceptable?

I think the simple answer to this is ‘because it’s in your face’! Literally! I think it’s a smart move to keep male nudity at a restricted level, especially with the ever growing increase in 3D technology. I don’t fancy eating my cereal in the morning then flipping the channel and eating dick at the same time! Lol. Although to a lonely house wife and a Grindr regular the thought might be entertaining.

I get approached weekly to do full frontal spreads! Just not in published magazines. I get asked to flex my muscles naked on Skype to old man Mr Harris in Germany, married no doubt with five kids. If you could only see the direct messages I get on Instagram – you would probably go blind. 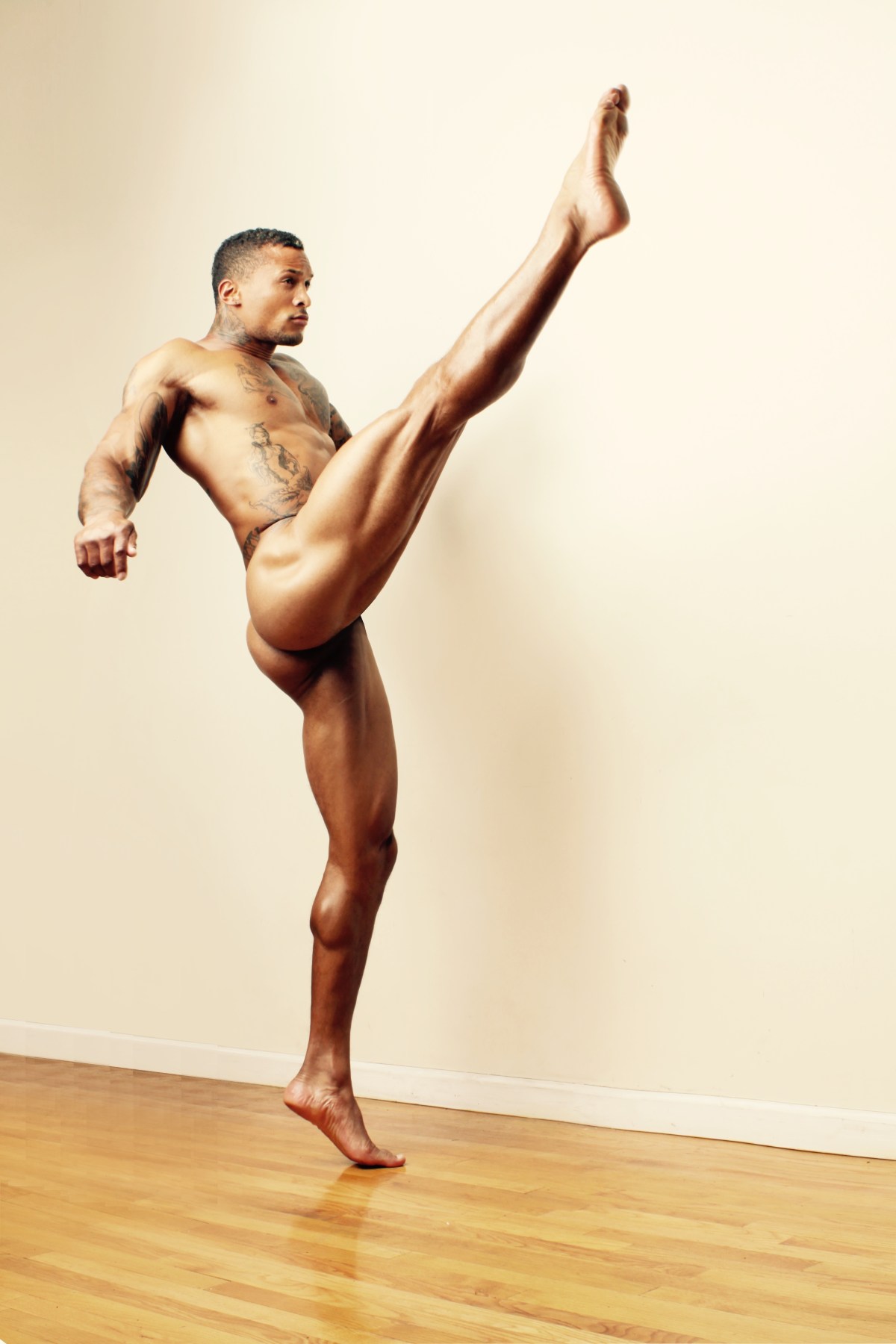 But would you do a spread? You have the body!

I do think it’s about time that I and a reputable, yet raunchy men’s magazine team up and give it to the people in full effect! I’m talking nasty…naughty and egotistically rude.

Good grief! What does that mean?

A full 12 page spread all angles included no areas restricted Mcintosh like you’ve never seen him before ( besides everywhere online) ferociously sexy and violently seductive!!!!

Heavens, I think we need to have a sit down. Thanks David! Swoon!