‘Coming out to my father at 24 made us much closer’ 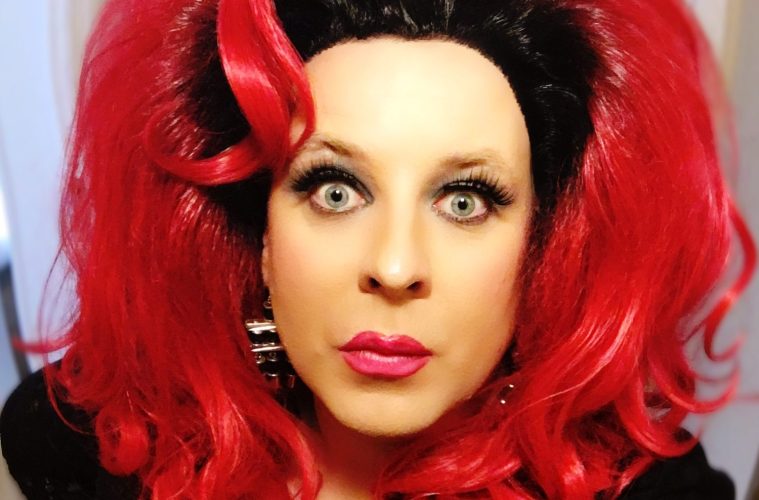 Actor and writer Danny Willis – aka drag queen Angie Roc – opens up about another side to his persona and reveals all about his new panto Cinderella which stars Big Brother’s Andy West!

You may recognise Angie Roc’s rather gorgeous face from regular appearances on Celebrity Big Brother’s Bit On The Side, where she was supporting her dear friend Andy West this summer. But behind the slap is the lovely actor and writer Danny Willis.

Here, in an interview with GuysLikeU, he introduces us to his new creations – and stars of his new panto Cinderella – Kylie and Kendall NoKardOrCashian, plus opens up about coming out, finding acceptance from his father and looks back at his journey from man to drag queen.

Danny, so tell us about Cinderella – have you stuck to tradition or have you shaken it up?

Honestly, we try to do both. It’s a great story with lots of room for us to play around, so we haven’t made any changes to that. I think the secret to a good pantomime is a strong script, and that’s where a lot of them fall down. We take a lot of care over finding the script that suits us, and then set about rewriting it to suit us even better! About 10% of the script actually comes about through rehearsals and eureka moments, things just fall into place. You can expect a fair amount of ad libbing too. Particularly between the two sisters, we are close offstage, and you can see that come through in our relationship onstage. It’s a lot of fun, and we know each other’s boundaries, so it works well. 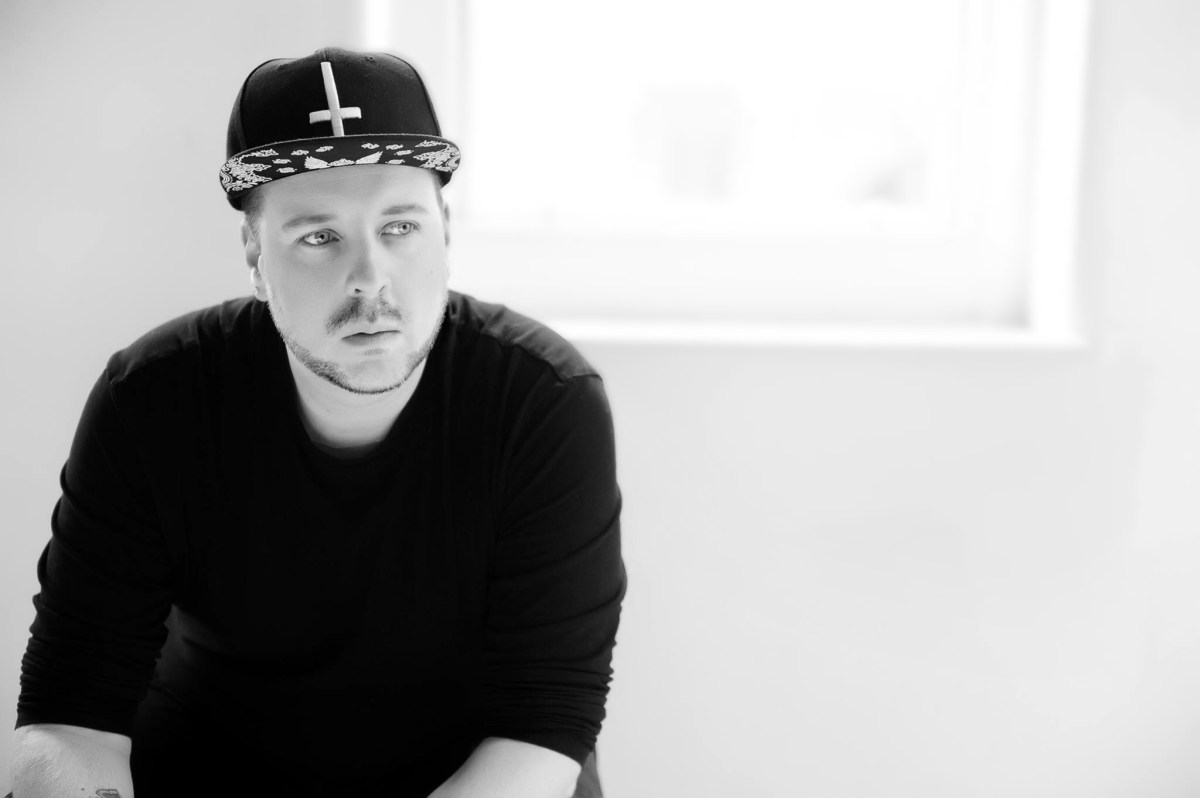 What can audiences expect from it?

SO MUCH! We have a cast of wonderful actors, many of whom work, teach or are studying in the performing arts.  We also use a number of young people from the local area to give them an opportunity to work in a professional theatre and hopefully pursue a career in theatre. Aside from this you can expect, dazzling costumes, our amazing dance troupe, current pop songs, sing – a-long songs and plenty of gags!

Are there any dirty innuendoes for the grown ups?

OF COURSE! But not so dirty that it makes the panto non-child friendly or obscene!  Panto needs to cater for everyone, so we always look at updating our gags and jokes so they are relevant and current and careful to not go over any boundaries.  There is so much that will simply go over our young audience’s heads that it allows us to push some great gags for our older audience members – whilst ensuring that every gag is fun no matter what age you are. 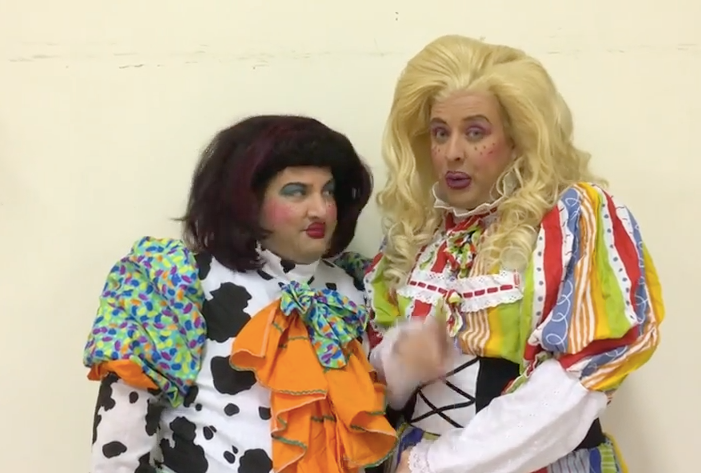 Well firstly, thank you for noticing! Really though, they are lovely girls, they’re quite misunderstood. They’re big, bold and brash and by the end, with a bit of fairy magic, their hearts are in the right place…which is more than can be said for the rest of them. Kendall is by far the more experienced sister, Kylie is donning the Dame outfit for the first time, but she’s very keen, and brings her wicked sense of humour to the mix…she’s bound to keep Kendall on her toes! 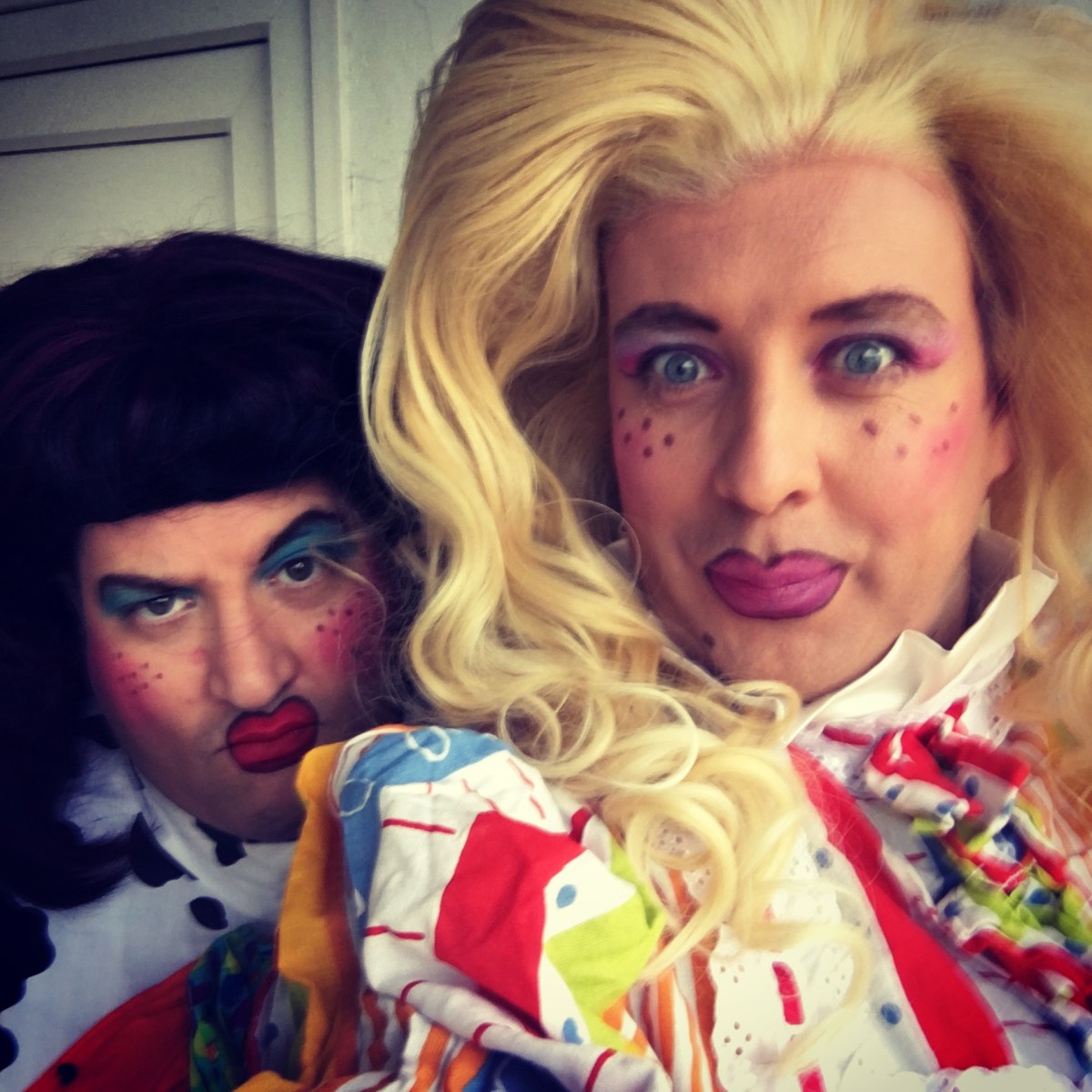 What do you think the real Kylie and Kendall would think

Yes, we sisters work very hard on our figures, we really are part of the family. We don’t get involved in the reality TV side of things, we are really both very private. We are like the ‘other’ Osborne. We shy away from publicity and attention…so be sure to catch us on stage at every performance and signing autographs in the foyer after!!

The show feautures Andy West – what is he doing in the show?

Well, if we told you what he was doing then it wouldn’t be a surprise would it?  Let’s just say Andy will be visiting Kylie and Kendall’s boudoir and will have his work cut out for him in a very special scene at every performance! He’ll also be around for photos and autographs along with the rest of the principal cast after every performance. 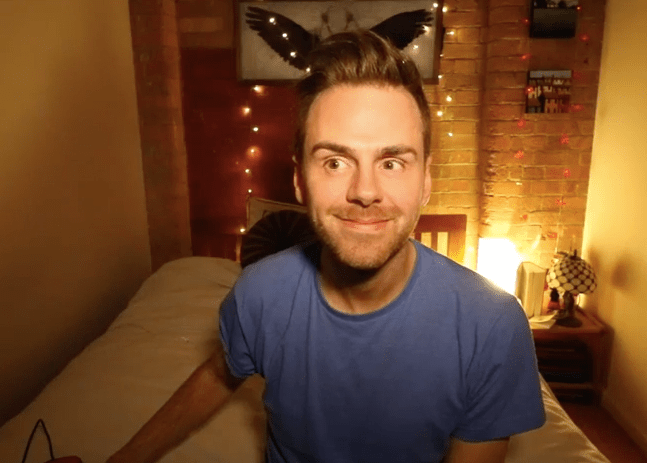 With Andy’s humour also comes wit and intelligence…mix those (and a few drinks maybe) together and yes, you have a very funny handsome man indeed.

She’s my alter-ego ‘Angie Roc’ – she used to be Angie Flange but I changed it when people always saw me out or working with my drag sister ‘Jackie Stone’ so we became  jointly known as ‘Roc and Stone’. What I love about my drag alter-ego is she is WAY more confident than I am and people gravitate to her (must be a tall, leggy, blonde thing?) She allows me to be a super extension of myself – but without any lack of confidence, or any inhibitions. Bold and brassy ‘is our Ange! 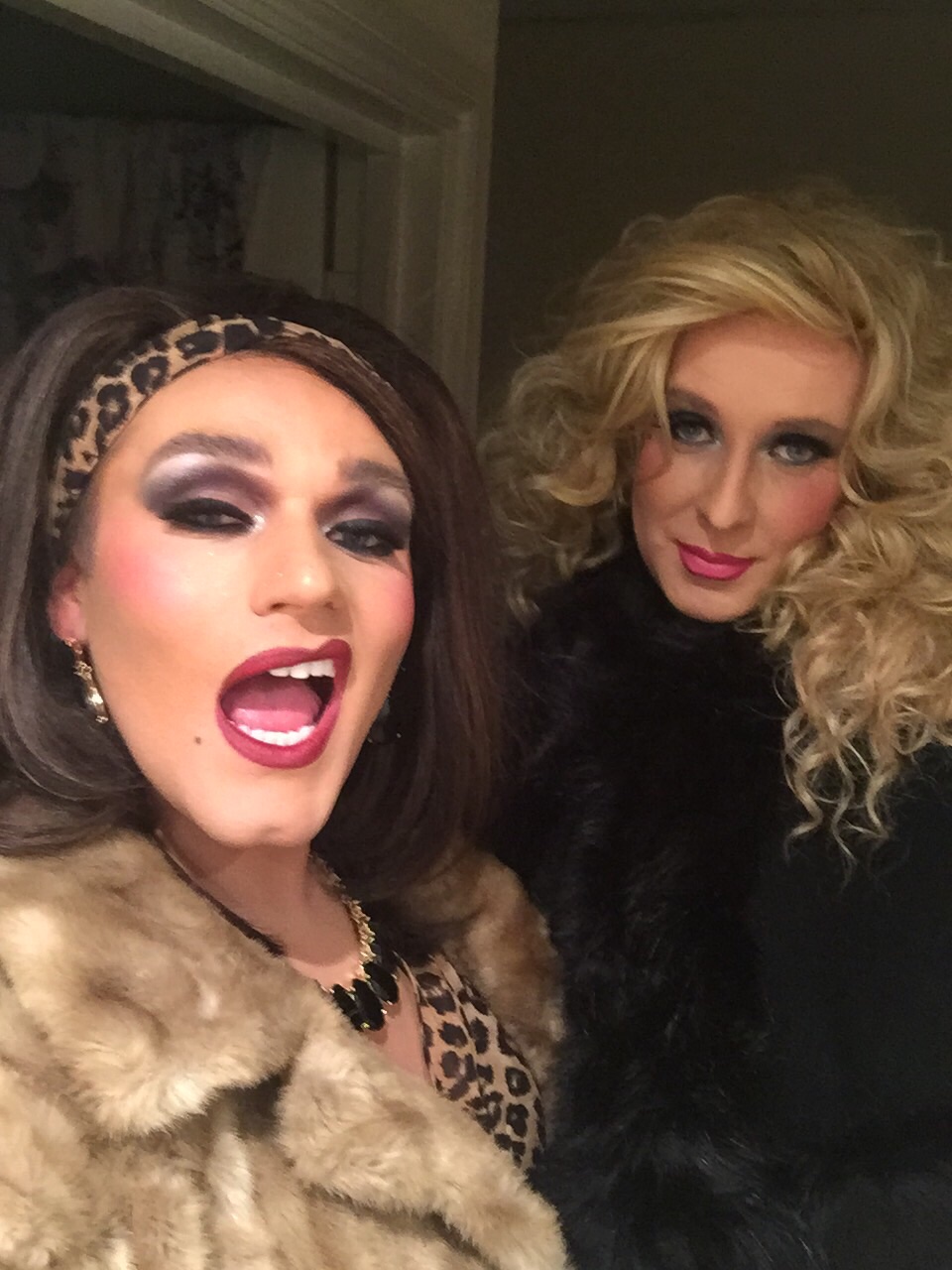 How did you create her?

Its been a gradual process really – I never set about creating a ‘persona’, but as soon as your face is made, you put a wig on, she was there. Drag for me is ultimately about having fun, attention and being able to express myself without actually being myself (if that makes sense?).

I kind of started doing drag at the same time as I came out and moved into London. It was my best friend Elliot who introduced me to drag and the scene back in the 90s and so it was all part of that experience really. My friends were all mainly theatrical types so me donning a wig, makeup and a dress would never phase them!

Do you feel more confident in drag?

Definitely, and I don’t quite know why!  I like to think I’m quite a confident person as me out of drag, but there is a different kind of confidence level when you are in drag – as long as you OWN IT! 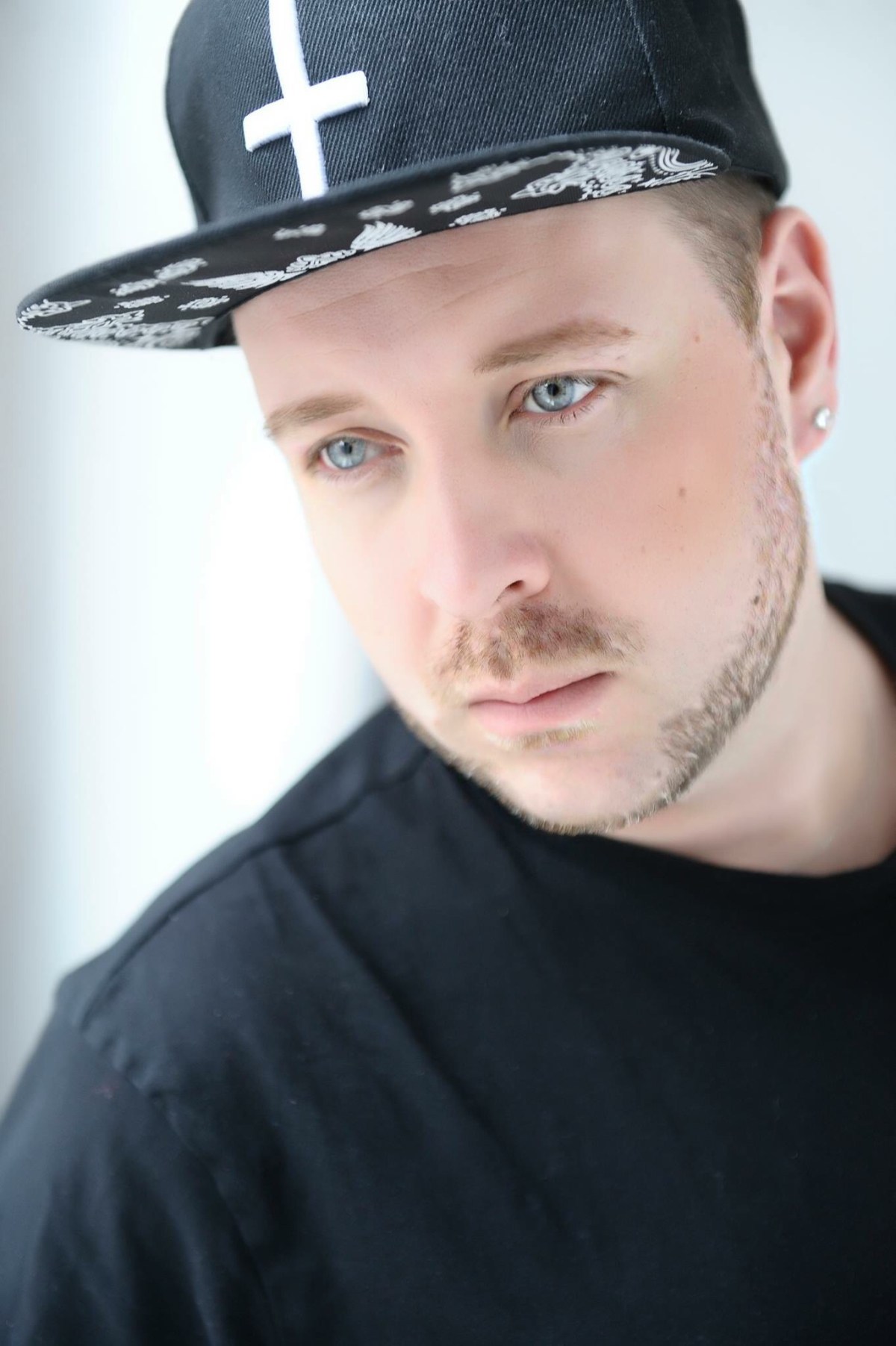 What is Danny like? Are you confident and sassy?

Hmmm how do I describe me? To a certain degree, yes I’m confident when it comes to doing what I love and being around people that know me – I love making people laugh.  And then there are times that I lack confidence – I’m useless with men for example, on the scene and when dating!

When did you come out?

I came out just after my eighteenth birthday.  I’d ended my two year relationship with my girlfriend to secretly date one of my friend’s brothers who I was with for just under a year.

Was it an easy experience?

Predominantly yes it was, I came out first to some very close girlfriends of mine – and they were very supportive.  I told my mum shortly afterwards and she said she knew anyway. Some straight male friends I used to associate with didn’t like it – I’d get the name calling, the threats a little bit of physical violence – but nothing that I didn’t feel i couldn’t handle or be able to deal with.  The hardest part was my dad, I didn’t tell my dad I was gay until I was about 24 and at that time had been in a relationship with my partner at that time for two years.  He took it really well despite being the last to know and just wanted me to be careful with safe sex and HIV etc. I actually felt since coming out to my dad we have become so much closer than in my early years as a teenager.

Is it hard to find a boyfriend who will accept a drag alter ego?

My past two long term partners had no issue with it at all and would come out with me in drag and enjoy the fun and attention as well as the people we’d meet.  I think drag has become mainstream now with RuPaul’s Drag Racefor example, that it doesn’t phase everybody.  I haven’t experienced a boyfriend that hasn’t minded my alter-ego as yet….but that could be because I’m still bloody single!

Where do you buy the clothes?

I’ve had a few things made by a friend of mine, but generally I’ll buy clothes from wherever – high street stores or online.  I’ve made some fantastic purchases on eBay from costumiers and other sellers. 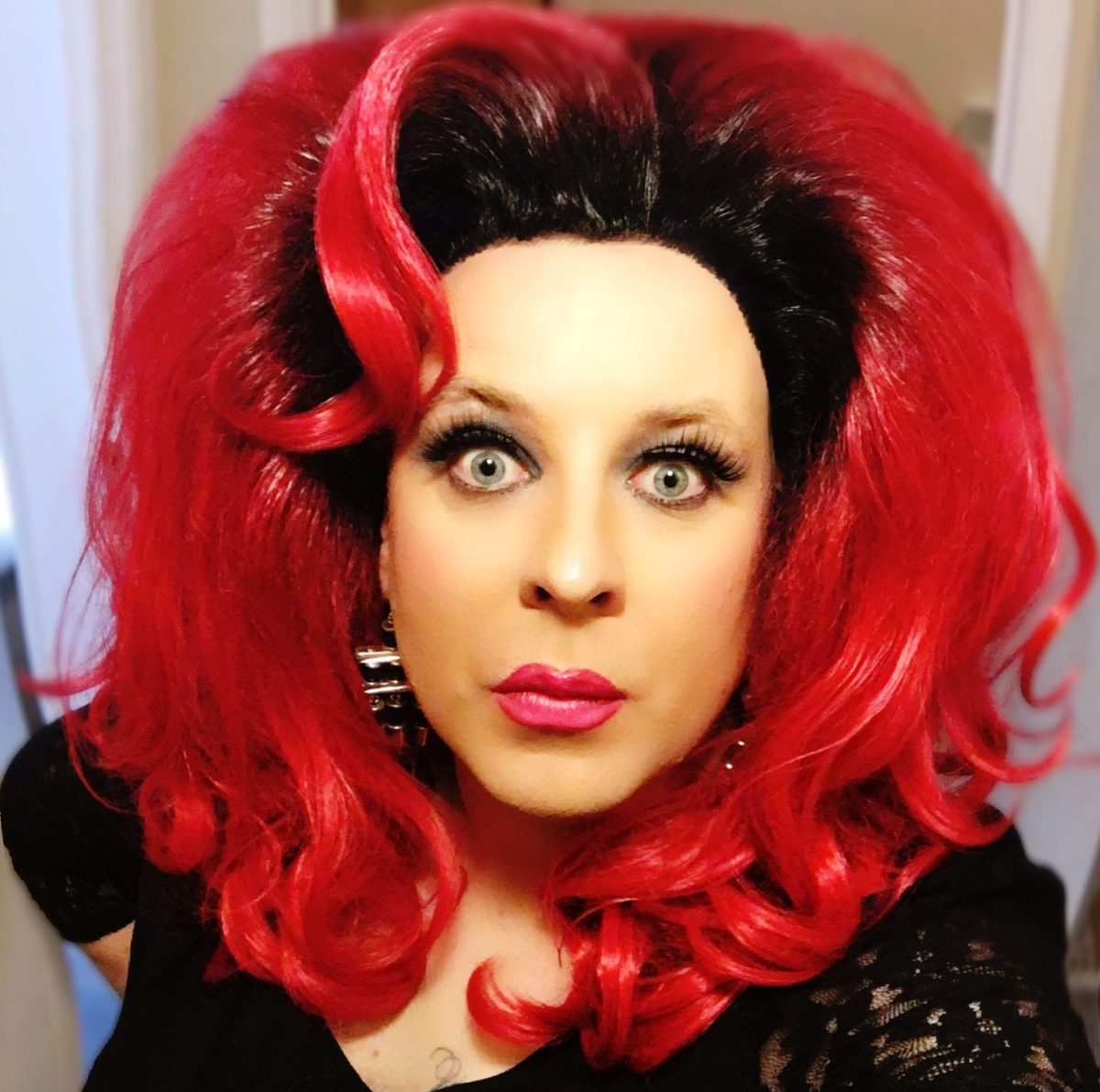 Tell us an embarrassing experience when you’ve been Angie…

Having one of my fake tits made out of condoms filled with water burst in a bar years ago. Nearly pissing myself trying to get eight pairs of tights off and a bodice in the world’s tinniest toilet.

Haven’t got the foggiest to be honest with you, I just hope its a successful and joyful 2017!