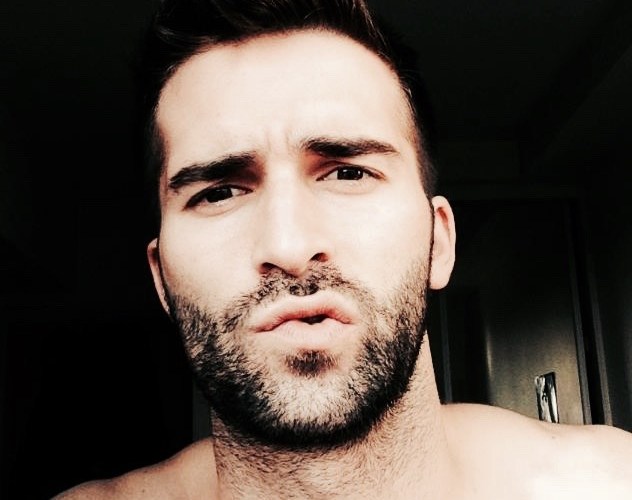 You may not know his name just yet, but you’ve definitely seen Daniel Garcia on the telly at one point or another. Not only that he’s pretty hot and super talented. Now YOU can help him win an award!

How boys, don’t say we never spoil you!

While you’re busy slaving away at work, we’re keeping our beady eyes peeled for fit fellas who may have passed you by! And we’ve come up trumps, as you can see. Meet Daniel Garcia, one of the hottest up-and-coming actors around. You might not know the name, but you’ll definitely recognise the fella from various commercials, TV dramas, short films and a creepy thriller called Crossland which we definitely recommend (it’s on iTunes!).

We’ve had our perky peepers trained on the talented fella for some time but we got super excited recently when we saw him getting it on with a sexy android in an award-nominated film called The Parliament House. Don’t worry, it’s not about crusty old politicians like Jeremy Corbyn. Goodness, no! This is set in a very fictional future and where MPs are H.O.T!

Click HERE to watch the film (don’t worry, it’s just four minutes long but it gets pretty steamy) and if you like head to the SCI-FI-LONDON 48HR FILM CHALLENGE website where you can make Daniel’s day and vote for it! Do it, cos you just never know how grateful he’ll be!

We hooked up with gorgeous Daniel to find out what the short film’s all about and how he feels about stripping off for sex scenes on camera. 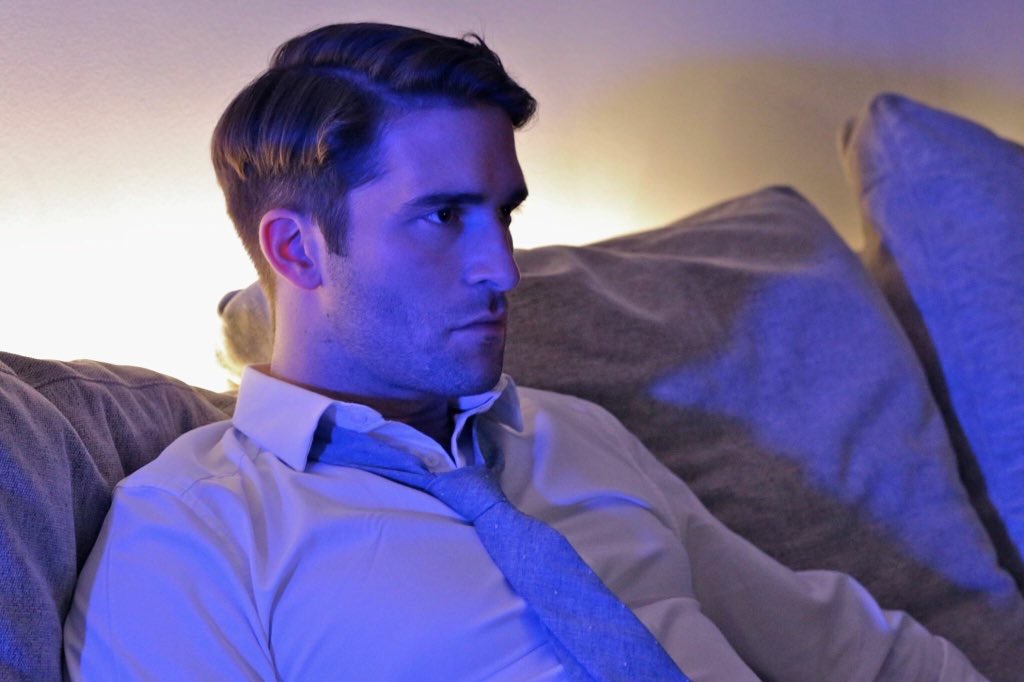 So Daniel tell us what the film’s about?

I play John Reed in a future London where androids roam amongst us and suffer as a minority where they are not accepted. My role is as a politician, fighting for the rights of the androids. But this position may be due to the fact John is deeper involved in the android community than people think and could work against him and his fight. Could he be one of them?

The androids sound a bit like the way LGBT people have been treated.

The term equal rights bounced around a lot in pre production and it’s very clear that there is a minority fighting for the minority, which is relevant now, more than ever. It’s worrying to think that in the future, we will still be fighting for equal rights and independence. But where is the line drawn when the minority are not human? 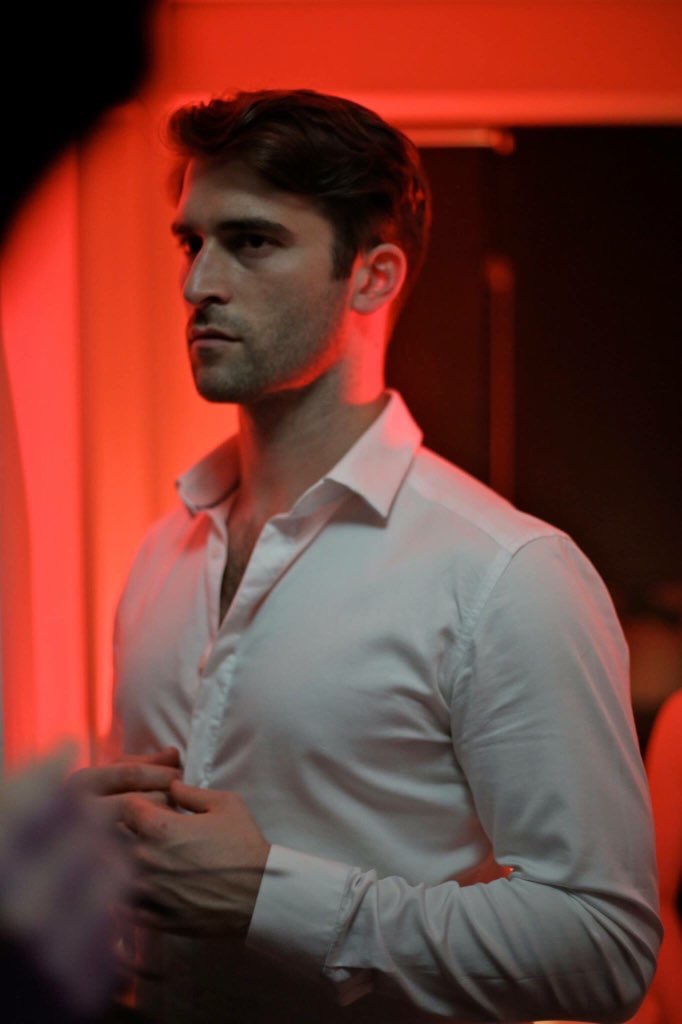 There’s been a lot of dramas recently featuring androids. The future does seem a bit scary!

I personally have a keen interest in the topic of androids as our technology is advancing to that stage of artificial intelligence. There’s a lot of android related TV and film around, such as Humans on channel 4 and the film Ex-Machina. We take it one step further into the future where the androids are living and working all around us, making humans feel threatened by their presence.

And there’s a brief sex scene, isn’t there?

John is having a love affair with an android sex worker. He’s very much in love. Of course, there is sex involved, but not on a business level, not to Reed anyway. This snippet of film shows part of their sexual relationship, hairy chest and all, and will be developed in later production. 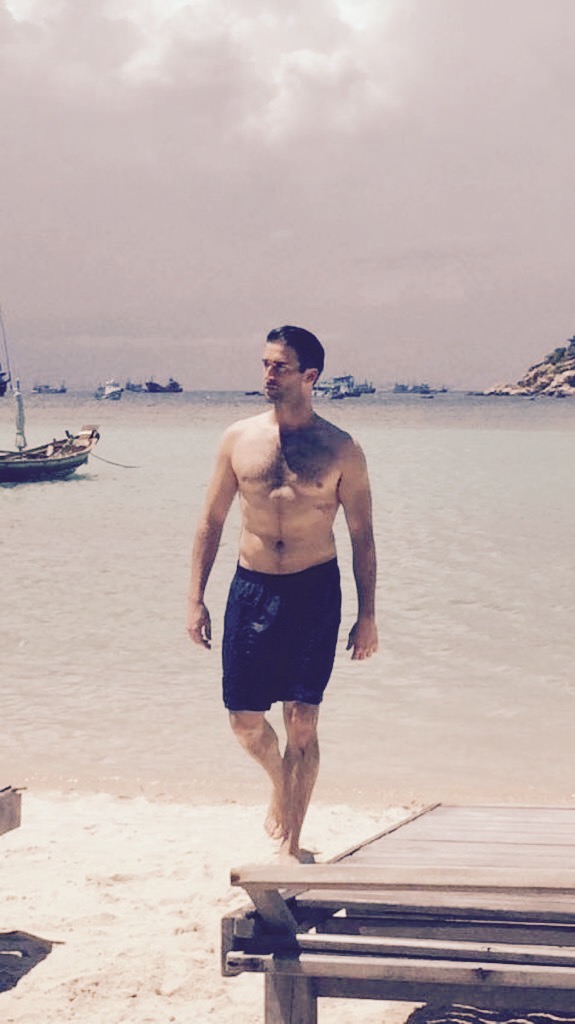 Do you find sex scenes easy to do?

I’ve had to do several sex scenes rencently, which I’m now very comfortable with. I have to admit it’s one of the most unsexy, unflattering, discouraging things an actor can do. Obviously it’s not real, no element of it is real. But it needs to look convincing without being too much or uncomfortable for the actors involved.

It must be tough to see yourself on a big screen rolling around the place starker.

There seems to be more demand for sexualised films following such hype as 50 Shades of Grey. It means I need to spend more time in the gym and less time eating everything in sight! There’s a lot of pressure to look a certain way in the industry at the moment, hopefully it’ll pass. I think it’s probably worse in Hollywood. I’ve put off going there because I think there’s even more pressure there to have an amazing body. 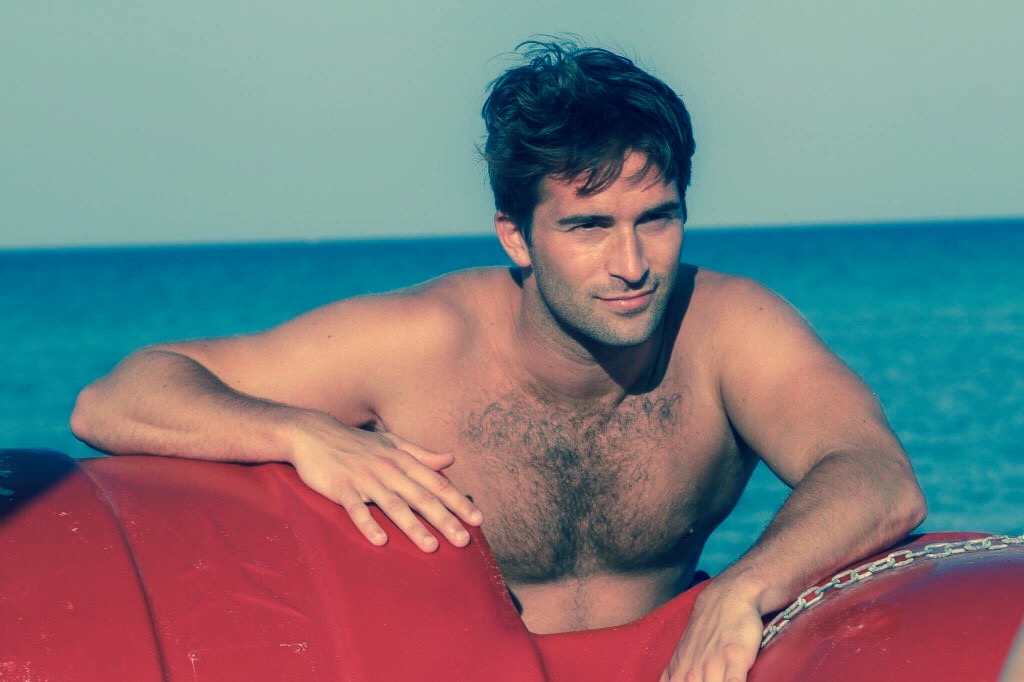 I get by on gyming several times a week and watching what I eat. I couldn’t take on a regime of six meals a day and gym everyday to achieve something that’s not maintainable in the long run. I’m happy with my body and don’t feel the need to change it for my job. Unless of course the ‘right’ role comes along and demands a drastic change.

Have you always been happy with your bod?

To be honest, I’ve always struggled with my body image over the years and have always lacked confidence. But that had to change when I got into acting as you need that confidence in yourself and put behind any issues you have. I exercise to feel healthy, not to ‘look’ good. I do the odd bit of grooming, especially if I need to do sex scenes! I guess no modern man can live without his clippers!

VOTE for Daniel’s film The Parliament House HERE and keep your eyes peeled for more about Daniel and his projects here at GuysLikeU soon!