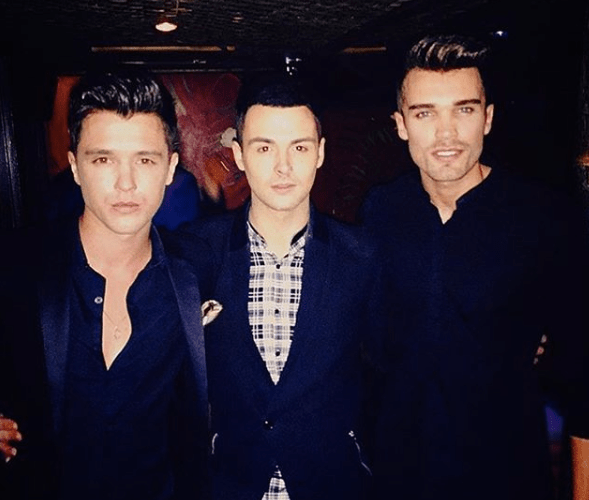 In what has to be one of the weirdest interviews ever, three members of Union J have publicly revealed they’ve forced George Shelly to leave the group because they feel he is no longer committed to the band.

Speaking to The Sun, Josh Cuthbert, JJ Hamlet and Jaymi Hensley admitted, in a peculiarly honest way, that they booted the star of I’m A Celeb out of the band via email.

‘I wrote a really strong email,’ Josh told the newspaper. ‘We basically gave him an ultimatum. It was, “You’re either in the band or you’re not”.’

Josh explained that they thought that after his time in the jungle George’s head space was different to theirs.

‘Using a sporting analogy,’ he explained, ‘he wanted to turn up to the big matches but not turn up to training.’

However, Jaymi admitted that he was saddened to lose George from he group. ‘I spoke to him the other day and I said I’m heartbroken over this. I am absolutely devastated. This is taking up all my time and affecting my home life. It brings us down. When you turn up to something and the other person can’t be there, or they are turning up late. That makes you not love the project. One negative view can ruin it for everyone.’

He added that he was bitter about things that had happened, admitting: ‘George wasn’t putting his full effort in. One member is not bigger than the band and we feel that there should be no member who is bigger than the project.’

The boys now plan to search for a fourth member – never a good sign, if you remember the disaster that was Hear’Say’s search for a new member! But let’s see what happens as the way the boys have announced George’s departure has come across as slightly bitter. It’ll be interesting to see how the fans deal with the news.