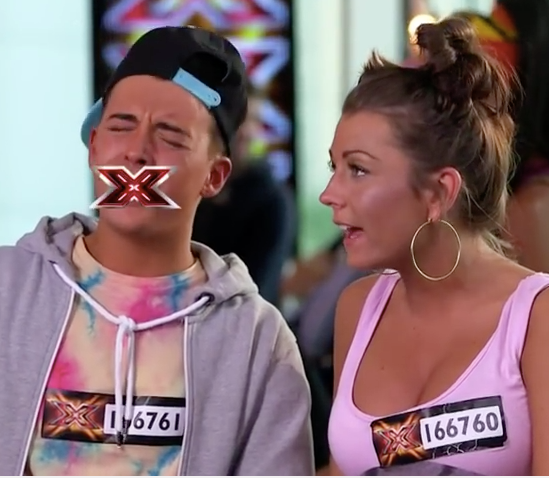 We all remember Big Brother’s Ryan from last year’s X Factor.. But do you remember him from 2013, when he and his mate Liddia auditioned of Gary Barlow, Sharon Osbourne, Louis Walsh and Nicole Scherzinger?

No? Neither did we. Until we saw this clip. While Ryan and Liddia bounced into the audition with eyes full of hopes and dreams, their vocal abilities proved to be far from winning material. No sooner had they finished their song and the judging panel made sure the wannabe H&Claire knew what they thought about them. Naturally, Ryan once again reminded us just how absolutely awful he is when he lays in to Louis Walsh and Sir Gary Barlow!

Check out this outrageous clip for yourselves!

Meanwhile, there are reports that Ryan could be booted off the show after it emerged that he attacked former Big Brother winner Luke Anderson in a transphobic tweet.

Luke is urging BB bosses to ditch him from the show!