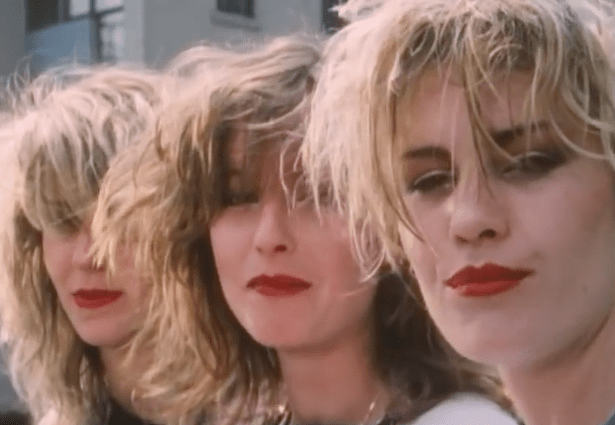 Steps are number one on the iTunes chart and now Bananarama are back for a tour.

Yes, the 80s pop sass-pots, who went through a few line-up changes like Sugababes, have decided to reunite as the original three piece and are hitting the road this winter.

Although the hits were joyous, we also really loved their stroppy attitude and their deadpan in unison vocals. Girls Aloud had nothing on this bunch of pop cats!

But in 1987 when the girls were at their peak, Siobhan said she enough and quit.

While she went off to create Shakespeare’s Sister, she was replaced by Jacqui O’Sullivan.

But that long faced beauty didn’t stick around for long and quit, leaving the band to continue with Sarah Dallin and Keren Woodward.

As a duo, they reunited briefly with Pete Waterman and went on to release Last Thing On My Mind and Movin’ On, flops that Steps would later cover and make their own.

Speaking to the Guardian, Siobhan has revealed the real reason why she quit the band at a time when they were storming the charts with producers Stock Aitken Waterman.

“It was a combination of the fact that, musically, we’d gone absolutely full-on pop, at a time when I was feeling lost and dark and depressed in my life,” she said.

“I was obsessed with the Smiths. It had been a real pressure cooker, the three of us being together 24/7, for years. It couldn’t continue.”

But while Siobhan wasn’t a fan the tinkly direction they were going in, Keren said she was loving every single minute of performing Love In the First Degree and I Heard A Rumour.

“I absolutely loved and embraced that album [Wow, the band’s fourth]. For the first time, I felt, this is what I’m supposed to be doing. Performing pop songs and letting go, just embracing it all. I was thinking: ‘I’m having such a laugh doing this.’”

The girls say they ‘break up’ was like a bad divorce and that it took them ten years before they were able to speak to  each other again – reforming back 1998 for a special Eurovision edition of Eurotrash.

“There were sore feelings on both sides,” Siobhan recalls.

“I felt really isolated within the band for a year before I left. And they felt betrayed that I left.”

And Keren and Sarah aren’t disagreeing with her.

“From my point of view,” Keren says. “I just thought: ‘Oh fine, she’s married Dave Stewart and left us in the lurch.’”

But now it seems the bad blood is behind them and the girls are looking forward to getting back on the road.