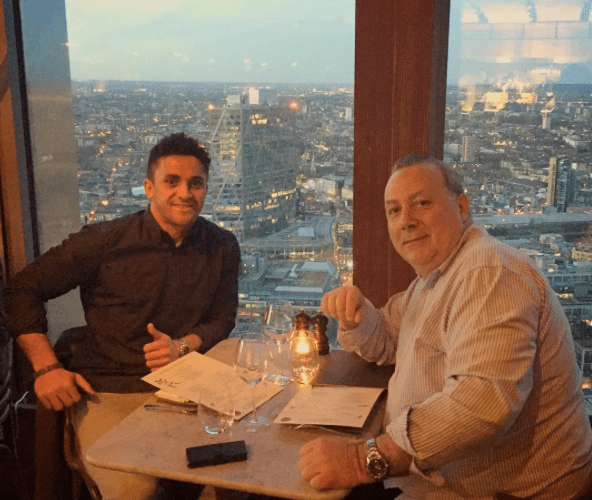 There’s a lot of nastiness and anguish in the world at the moment, so it warmed our hearts this weekend to see rugby ace Sam Stanley and his partner of five years Laurence Hicks enjoying a rather romantic looking meal at Duck & Waffle in London.

‘People either think I’m a paedo and I like really young guys, or that Sam is a gold digger and is only after older men and their worth,’ Laurence told a magazine recently. ‘We’re 34-years apart in age – but why does that even matter anymore?’

Sam added: ‘We want to show people in similar situations that it’s fine to love who you want. And if you’re with a guy who’s older than you, or a lot bigger than you, or in a different shape physically, it really doesn’t matter.’

Amen boys! In a world where we are led to believe that gay guys are obsessed with the more superficial aspects of life, it’s a pleasure to see two guys who have fallen head over heels in love and don’t give a rat’s ass about what anyone has to say about it.