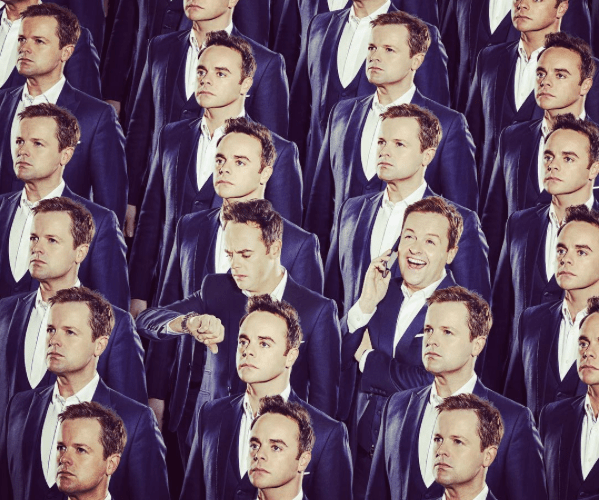 Ant and Dec can do no bloody wrong, can they? The nation loves them, their peers respect them and they have won more awards than Gemma Collins has had hot dinners.

Tonight sees them host the Brit Awards for the third and final time, which got us thinking two things:

2) why oh why were they never taken seriously as musical artists back in the day!

They may have started out with the jokey Let’s Get Ready To Rhumble, but they went on to release three – yes THREE – totally underrated albums on which the wicked scamps served up some of the most joyous pop cuts ears had ever heard that still sound as great today as they did then!

Inspired, we feel, by Kriss Kross’s chart topper Jump, this was the jaunty follow up to debut single Tonight I’m Free, but peaked at a lowly no. 27! But  it was the tune that set the fellas up for the pop superstardom good and proper.

Now this was a tune. The first single from their second album Top Katz (yes there was a ‘z’ on the end of that!), this was a perky sing-a-long epic that had a bit more money spent on the video and reached a rather nice no. 12.

This rather sultry track appeared on the boys’ debut album Psyche. A strangely sexy song that – dare we say – could provide the soundtrack to some of your, er,  sexy times. Splat!

Pop hip hop at its best! Giving the likes of Snoop Dogg a run for his money, the boys bounce and bop along like two dancing flowers. And wahoo, it’s a catchy corker. And yes, boys, if you gave us your number, of course we’d bloody call!

This was their second attempt (after Eternal Love) at a Christmas chart topper. Sadly it only made no. 16 but was still a lush wee number that is as haunting as it is catchy! Someone cover it NOW – its a gem!

Blimey, those boys really loved playing around with their spelling. But as they are so cute we’ll forgive them for their overuse of the letter ‘K’ in the title for this pop nonsense. This was their attempt at pop jazz and once again they master it! Classic!

The boys underwent something of a transformation for this first tune off their Cult Of Ant & Dec album. Ant shaved off his barnet while Dec gave himself a delightful ginger rinse! Ooh, they looked hot in 1996, they really did! But the corkers kept a-coming and this bouncy wee ditty was a delightful pop-rock affair that had us in fits of glee.

This is the one where Ant & Dec went clubby. Well, sorta! A pounding dance beat, an infectious melody and a snazzy middle eight rap courtesy of Ant, provided us with a hit so stomping, we needed a sit down with a cup of tea and a biccy afterwards.

This was a stand out album track on Top Katz that boasted an anthemic lighter-waver of a chorus. Think the Beatles crossed with Jedward and you’ll get the idea.

Another choice tune from the mindbogglingly brilliant Top Katz (why wasn’t this a 1995 Best Album Brit Winner???) This song is pure class – part Madness, part a1 but absolutely sensational.

You’ve seen which tracks tickled our fancies, not YOU tell us which Ant & Dec song is your favourite!