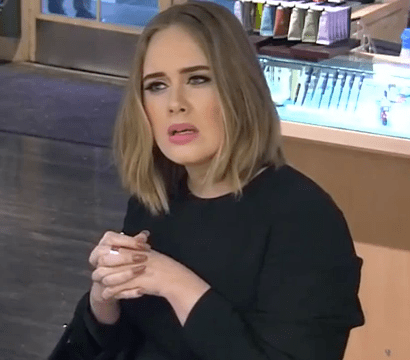 We just can’t help it but we are falling in love with superstar songstress Adele more and more by the day.

She first had us in stitches when she appeared her BBC TV special dressing up as an Adele tribute act. Then she had us giggling like girlies when she joined for James Corden for his Carpool Karaoke. Now she’s surpassed herself on Ellen DeGeneres’ TV show when she pranked staff at a Jamba Juice. 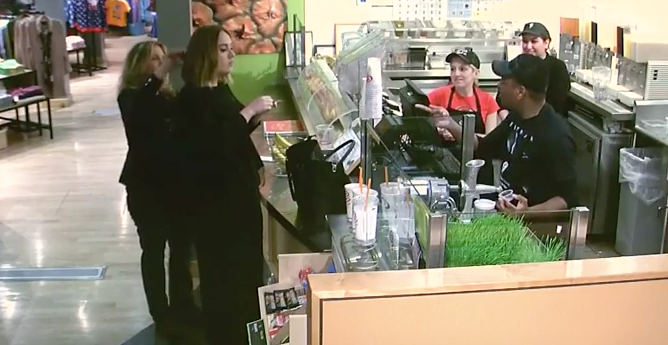 Following directions from Ellen via an earpiece, Adele teased an unsuspecting barista by acting rather strangely, such as asking for a large juice in a small cup, chewing wheatgrass and emptying her handbag on to the counter to reveal that she was carrying knives. Honestly, it’s a lot funnier than we’ve made it sound. In fact, enough from us, just check out the clip instead!