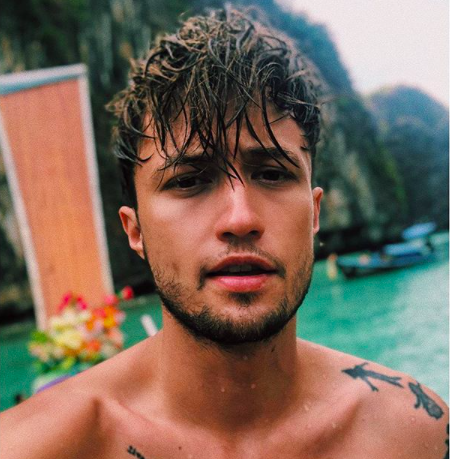 Stars of stage and screen have got together to make those of us experiencing depression or isolation during this weird time feel a little better. Talented performers from West End shows like & Juliet, soaps like Coronation Street and Holby and Michael Auger from Collabro have teamed up to put their own spin on Scott Alan’s You’re Not Alone.

The video clip, which is comprised of clips filmed from the stars’ homes, encourages people to visit the NHS Every Mind Matters website to find simple steps and advice on looking after their mental wellbeing.

just me being shy

Greatest Showman’s Keala says she was thrilled to be invited to join such an illustrious cast. and hopes they encourage people to think about their mental health. “Being a part of this beautiful piece has been such a privilege and the most perfect reminder that we truly are not alone,” she says. “This song is here for those trying to make it to the next day, the next moment in these trying times…we are with you. Though we may be apart, we are standing beside you….and we love you.’

Tonight I got to do a live online concert for @theactorsfund w @sethrudetsky & #JamesWesley while we are all in self-quarantine. It was one of the best experiences to date. I love the #broadway community ans our industry!Whatever I can do to give back I will do! I also got rewear this gorgeous number that the beloved @csiriano designed for me. He is a genius…and one of the kindest people I’ve met. Thank u to him @makeup_l.a.b & all the people that made today possible! LET’S DO IT AGAIN! 💙💙💙💙💙💙

Meanwhile, Faye Brookes says it’s “so important that everyone looks after their mental wellbeing right now, I hope this beautiful video shares that message that no one is alone, we’re all in this together.”

Scott Alan, who wrote the song, says; “When Robbie Wilson approached me about using my song You’re Not Alone to benefit those suffering during these trying times, I was instantly onboard. As an individual who has suffered with clinical depression through most of my life, I have always been a huge advocate of mental health awareness. Having some of the best voices from the West End, Broadway and TV lending their talents to support this as a reminder of how important it is to continue reminding those suffering most that you are never truly alone.”

For more information on Every Mind Matters, and to get a Personalised ‘Mind Plan’ please visit: www.everymindmatters.co.uk.