We still can’t believe what happens in this TV clip! Unbelievable! 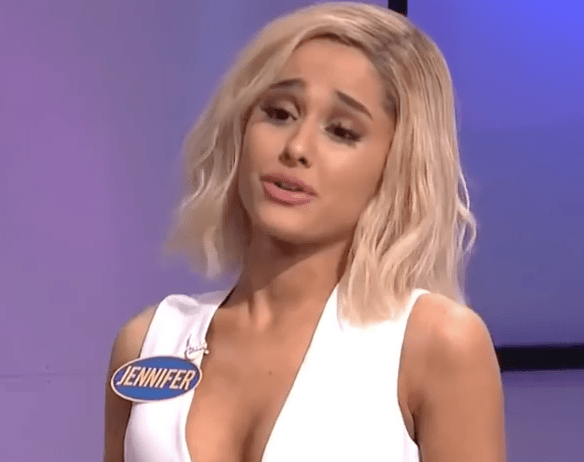 We already know that Ariana Grande is a dab hand at doing impressions! But she really surpassed herself over the weekend in a couple of skits on US comedy show Saturday Night Live.

In one segment, the talented Miss Grande plays an intern at Tidal streaming service who is roped in to mimick Shakira, Britney, Rihanna, Celine and Whitney after a technical hitch. And as you’d expect, Ariana is sensational. In fact so good that if you closed your eyes and you’d think you were listening to the real stars!

But Ariana impressed us more when she impersonated Hollywood actress Jennifer Lawrence as a contestant on Family Fortunes and poking fun at her ‘normalness’.

Is there no end to this woman’s talents? Singing, acting, comedy, impressions? It won’t be long before we see her on America’s Got Talent!

Check out her clips below:

Ariana’s single Dangerous Woman is out now. The album of the same name follows on May 20!