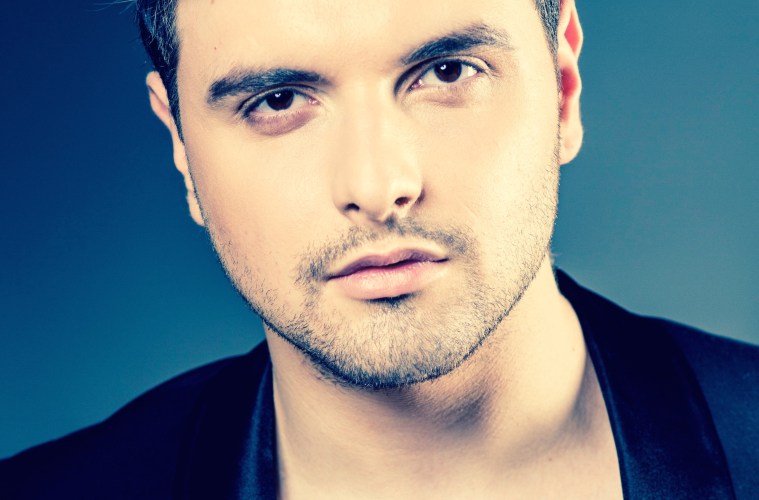 Voice star Vangelis Polydorou opens up for the first time about a previous relationship that was destroyed by his ex’s chillout habit.

Have you ever looked back on a past relationship and thought ‘What the fuck was I thinking?’ I know, believe me, we’ve all been there. I’m going to take you back to a time when I was in one of those relationships. I had just turned 20 and was studying Popular Music at University. I was a bit naive to the gay scene and the drugs often associated with it and apart from the odd binge drinking session I had never really ventured past Soho and explored other areas such as Vauxhall.

I was invited out to a club night called WE Party with a few gays that I didn’t see often. I remember paying to get into the club and thinking why is the entry fee £25 quid?? This shit better be good! When I walked in, I thought I had died and gone to heaven, suddenly the £25 pound seemed quite reasonable. Everywhere I looked there were men standing tall, parading around with their tops off with perfectly sculpted abs, so confident and regal looking. In hindsight, they were probably all off their face’s dribbling, gurning and looking for their next fix but I digress.

I was introduced to a handsome 28-year old (and for the sake of this piece we will call him Cliff.) I wasn’t fixated on him at first but there was something about him. He had charisma, a charm I couldn’t put my finger on. Within an hour we were kissing and we spent a portion of the night together. I eventually left to do my own thing and woke up to a Facebook message from him wondering where I had got to.

After a few weeks of texting he took me out on a few dates. Being a student, I had no money I was so broke so he would pay for everything! I think I found the fact that he seemed to have his life together, sexy? On the surface he had it all, a nice flat, a car, a great job, he was attractive, tall…and yes, it was big. I almost felt lucky that he had found me, but that feeling of luck didn’t last long.

On our dates I noticed that he would always carry a dropper bottle filled with a clear liquid on him. He told me it was a drug called G also known as GHB/GBL which made him feel more confident and lively. (GHB/GBL gives you a feeling of euphoria and can reduce inhibitions and cause sleepiness. Both can kill and are particularly dangerous when used with alcohol and other depressant or sedative substances.) He talked about using G so casually, which made it seem normal to me and who was I to judge, after all I wasn’t perfect. I didn’t really question it at first because I was really starting to like him. As time went on he slowly started to lose control. He was hospitalised after collapsing in a club early on into our relationship and from thereafter I began to worry.

Over the next few months I turned into a nagging parent. I felt like he was my child and I was trying to look after him, when in reality he was nearly 30 and I was only 20! We were having unprotected sex at the time and I was assured by him that he’d never cheat and put my health at risk. Perhaps I was being foolish but I trusted him or at least tried to convince myself that I did. There was always this thought in the back of my mind that when you’re on a high you lose all your inhabitations so I would often create scenarios in my head that would make me angry and jealous, it wasn’t healthy.

It became difficult for his friends to sympathise with me because they lived the same lifestyle so they encouraged his behaviour and I was left as an outsider. We often argued about his habits and he would fill me with empty promises of how he was going to cut down but it just got worse and worse.

He would use gifts as a way of comforting me from the pain he was causing; taking me to Paris for the weekend, staying in hotels, going out for meals. I knew that if he treated me one week, I would pay for it the week after with another binge session. He would often use the excuse that his prior relationship was very controlled and that he lost out on most of his 20’s. He was catching up for lost time and I seemed to be getting in the way of that.

As his tolerance for drugs grew, his partying lasted for longer periods of time. I found myself doing the same, hanging out at chills outs surrounded by half naked gays all off their faces on Coke and G trying to fit in. Where the fuck was I? It wasn’t me. I was offered drugs on so many occasions, which I politely declined, and to his credit he never offered me any, so there was never a sense of pressure from him.

When I was at these parties I was running on my own fuel. I was exhausted, drinking throughout the day to help me get through it. Everyone was lovely and I had nothing against the lifestyle nor did I judge it, I just didn’t want to be a part of it. We would always end up arguing in front of his friends at some point. It was embarrassing.

We started to see less and less of each other on weekends and I was left with Cliff during his come downs, selling G from his apartment. Everyone had grown accustomed to happy, funny lively Cliff, so many questioned why I was making such a big deal out of his behaviour.

He eventually got rid of his two dogs because he no longer wanted to have the responsibility of coming back early from nights out to attend to them. After they were gone he got rid of his flat mate so he could have his own space, I knew I would be next. In the summer, I went on holiday for a few weeks and I was so excited about seeing him as soon as I was back. But, as it was Pride weekend I wasn’t a priority so he refused. I felt like I was losing him but I couldn’t help but want to save him. I wanted to help but I couldn’t. I found myself crying all the time losing sight of my own goals, engrossed in my own jealousy, but my feelings were too strong to walk away, I loved him.

All of my friends were telling me to dump him and that I was too good for him but their concerns fell on deaf ears. I stopped singing and my main focus became Cliff, I spent a lot more time at his doing nothing just being his tag along and started to doubt my talent and the possibility of making something of myself through my voice.

Eventually, the relationship came to a head and we couldn’t do it anymore. He turned into a selfish bastard and manipulated me into thinking that I was the problem when in fact, he was. He was addicted to partying and he couldn’t see it. He wasn’t the same person that I once knew but then again neither was I.

Drugs became our whole relationship, it was all we ever fought about. I was competing with liquid and powders, how sad is that? I always threatened to leave shouting clichés such as ‘You’ll never do better than me’ but in my heart of hearts I knew he would have to be the one to set me free and thank God he did!

I would be lying if I said I wasn’t absolutely crushed and heartbroken at the time. It took a while for me to get back on track and if I’m honest, I wasn’t the same person after. Letting me go was the most unselfish thing he had done throughout our entire relationship.

He could see that he was ruining my life. It didn’t take Cliff long to start seeing someone else, who funnily enough was a mutual friend. I felt really sorry for what his new partner would potentially endure and have recently found out that they split because of Cliff’s behaviour.

Fast forward four years and I’m in a much better place. My dreams of becoming a singer have come true. I auditioned along with 48,000 for the The Voice UK making it through to the semi-finals on Team Boy George and I now work full time as a singer. I closed The British LGBT Award, signed to an agent and I’m in the process performing of a UK Tour. I found someone who really supports me in my career, which I never got from my previous partner. We’ve been together three years and have a very relaxed, open and honest relationship, which I love.

I want to finish this piece by saying that I have nothing against people who take drugs or go to chill outs or party all weekend…I just don’t want to be with someone who let’s drugs become their whole life. I learnt the hard way but I wouldn’t change it for the world because now I know my worth, and I’m worth a lot more than that.

Vangelis will be performing at the RVT on the 22nd July for his first full show since BBC One’s The Voice. Get your tickets here – (http://www.vauxhalltavern.com/events/event/vangelis/) Also Vangelis has also just set up a Pledgemusic Page where fans can pre order his debut album and purchase other amazing items and one off experiences (http://www.pledgemusic.com/projects/vangelispoly)