Vangelis from The Voice: ‘I think it’s important that I am seen as a gay artist because there aren’t enough out there’ 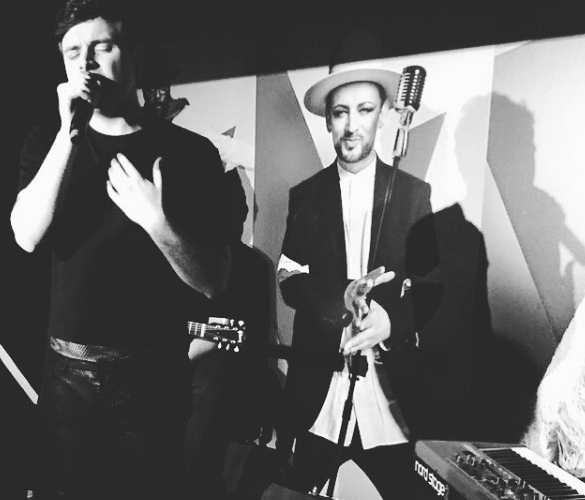 Star of The Voice Vangelis opens up about life on the show and what the future holds for him.

We’re so proud of the gorgeous Vangelis on The Voice. When we chatted to him all those months ago following his astonishing first audition, we had a feeling that he’d go on to do well. And look at him now – semi finalist! Result! And even though his beautiful performance of Beautiful didn’t get him through to the final, we reckon we’ll see more of this very talented young chap!

This week we caught up with the handsome chappy to find out what life is like on The Voice and and if he’s looking forward to a debauched sex, drugs and rock roll lifestyle.

Congrats on making it so far on the show. We knew you would. What do you guys do during the week?

We’re staying in St.Albans. We have a piano rehearsal the day after the live shows where we discuss songs for following week. We have a fittings throughout the week, vocal practice, two hour long interviews, filming with coaches, a lighting block, choreography, stage block, and more interviews. I could go on but it’s amazing but also very tiring. 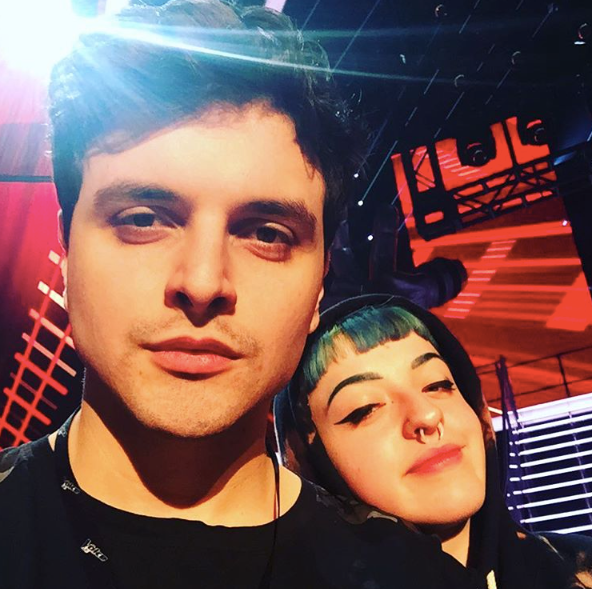 Were you given strict house rules?

We have a ‘no people can stay over’ rule but they’re really relaxed and we don’t all share together. I’m sharing a two bed flat with Lyrical. Although we did all organise a Chinese the other day and everyone came round.

Were you allowed to see any friends or family?

There really isn’t any time, to be honest, so it can be hard. I was up at 6am the other day and didn’t get home till 10pm 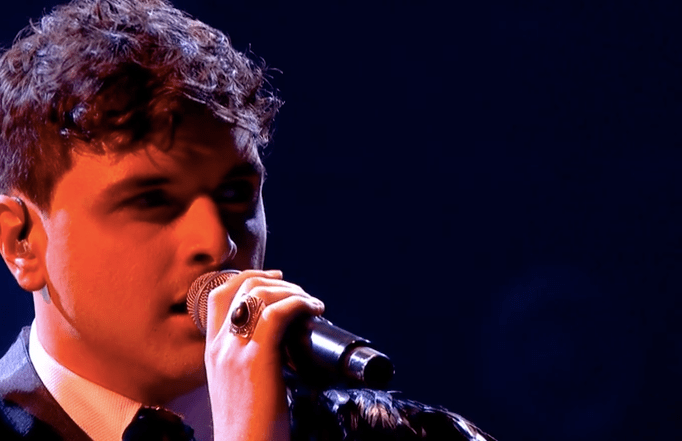 Do you get to see you boyfriend Tony a lot?

I haven’t been able see him, no. I think everyone misses home a bit

You looked amazing this week, are you body confident? Have you started gyming it?

Haha, no. I never go to the gym, I should do! We’ve just been experimenting with different styles that I could feel comfortable in. It’s all about knowing how to dress your body.

Anyone of them with a six pack – but I like cake too much. Sorry! 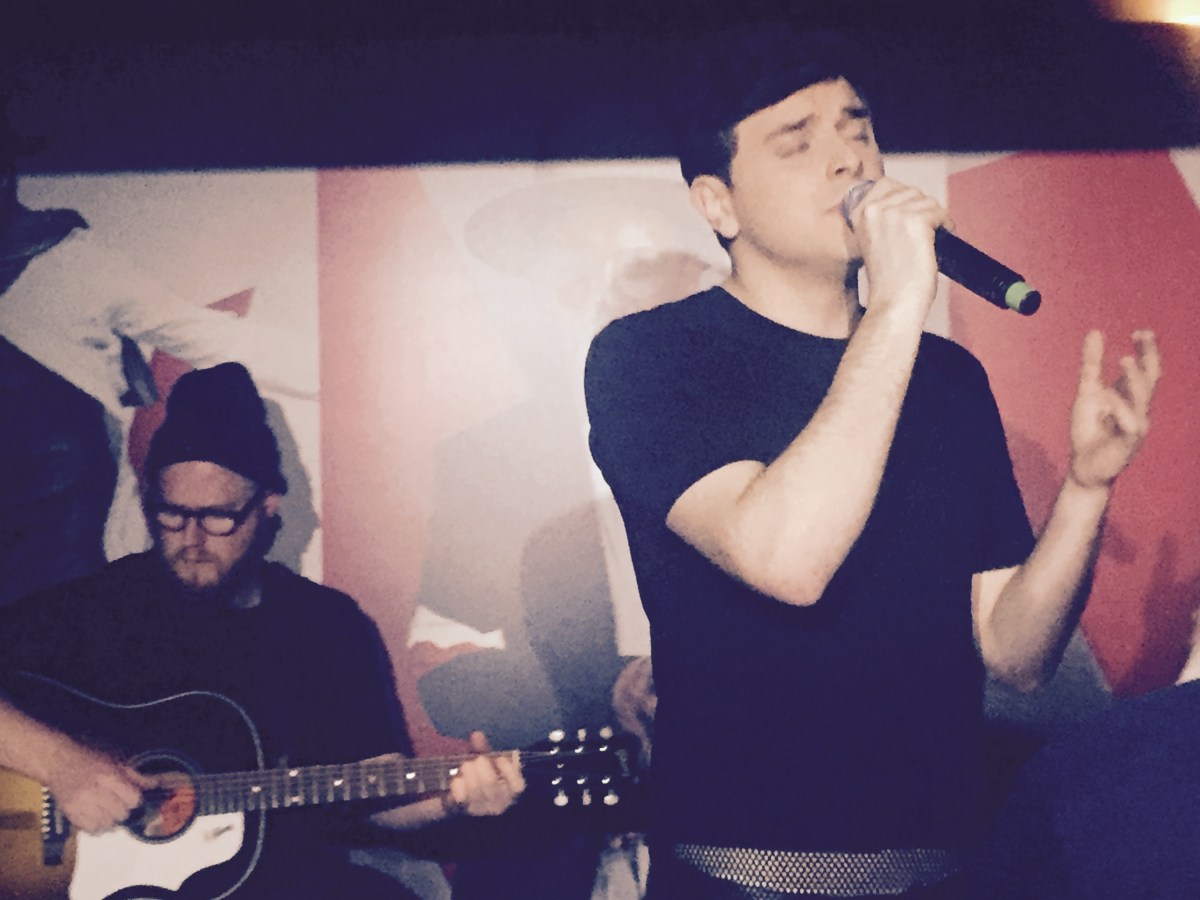 You sadly didn’t make it to the final. Are you going to carry on?

I can’t imagine doing anything else. But I have to admit when the competition is over it’ll be nice to just be able to sing and not worry about a chair turning for you or a wild card or the public vote!

What have you learnt from George and your fellow artistes – have you picked up new tips?

Just to stay really connected to the songs because the audience connect with that.

Have any celebs been in touch with you?

Darren Hayes followed me which was sweet!

Have you had anyone ask you on dates?

I can safely say no. I’ve had a lot of fans ask.

Have you had any weird messages or mail?

I’ve been sent a few cock pictures, ha! A lot of messages as well.

Are you wary of the dangers of the music industry – you know, the wild sex drugs and rock n roll lifestyle!?

I had an ex boyfriend who was a drug addict so that sort of thing will never interest me. It ruins everything. The sex part, however, is fine haha! 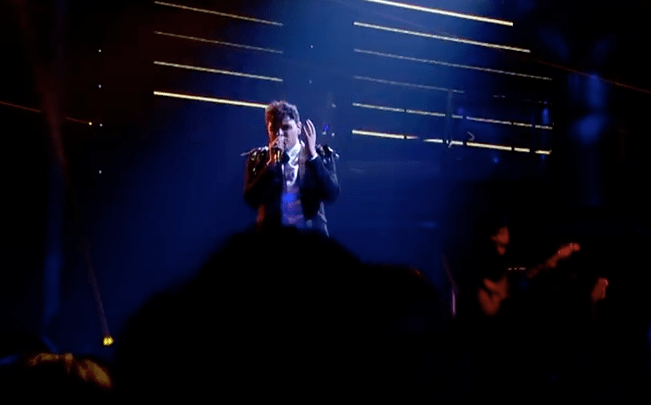 If it’s not drugs and drink some stars are super sexy like Rihanna and her explicit vids! Do you think she pushes it too far?

If you’ve got it flaunt it I say. As long as you’re comfortable! She must be doing something right because she’s the second best selling female artist in the world behind Madonna.

Indeed. Is it important for you not to be seen as a gay artist?

I think it’s important that I am seen as a gay artist because there aren’t enough out there and a lot of people have tried to hide their sexuality in the industry, which is wrong. We need to inspire young gay people, not make them feel like they have something to be ashamed of.

Amen! Do you think music has to be full of messages like the new Years & Years video?

I think it’s interesting to create something that people can interpret in their own way, because it makes it more relatable to their experiences.

Do you think we know too much about celebs now – that we don’t have any mystery anymore?

I think some things that are seen as news worthy are ridiculous but people love knowing the ins and outs and it’s what’s keep the business going.

There was a bit of criticism about Jordan being brought back on the show bearing in mind no one had turned for her first time round! It was argued that the coaches picked her because trans issues are so of the minute.

I think it’s really important to have someone like Jordan on the show because it educates the public about the trans community. Jordan also has a girlfriend so she breaks stereotypes that people might have had. She is also, more importantly, an amazing performer as well! Sometimes the coaches get it wrong when they don’t turn.

It’s been argued that the trans community and gay community are wrongly being lumped in as one big group as gay people and trans people have different experiences?
I think we do have different experiences because gender and sexuality are not always linked. But I think it’s important that we all stick together though. We should all be supporting each others differences.

Beth Morris bravely admitted she had a drug problem. But the music industry has been full of stars who openly do drugs. Should pop stars be expected to be role models or should they push the boundaries of rebellion?

It’s a really tricky one because you want to be yourself but there are a lot of people who are influenced by what you do and you don’t really think of that when you’re trying to break in the industry.

Have u been to George’s house?

I haven’t actually, would love to…I had a stalk online because it was on cribs! Ha he

Do you think we have the same kind of music legends we used to have? Who are your legends.

It feels like there’s a lot more people that come and go these days! I love Celine and Barbra!

You and Tony have been seeing each other a couple of years – is marriage on the cards?

Haha, it could be. But there’s no rush.

Do you think guys get married too early?

I do, I think guys and girls both do. Love yourself a bit first, find out who you are! 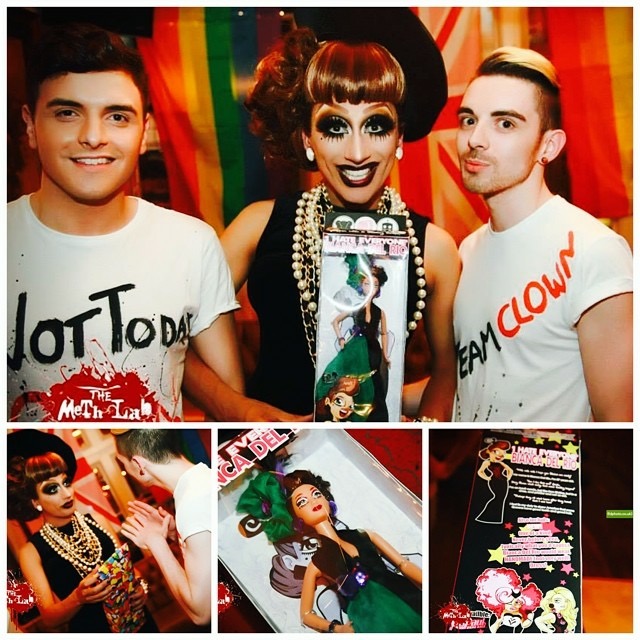 You and your boyf met Bianca del Rio while back? How was that?

Haha, she insulted me as per usual, but I loved it! You almost want her to insult you! Tony made her a custom made Bianca del Rio doll!

What happens after the show of you don’t win?