MUST WATCH TV: We’re Here! When Too Wong Foo gets the reality TV treatment (Kinda!) 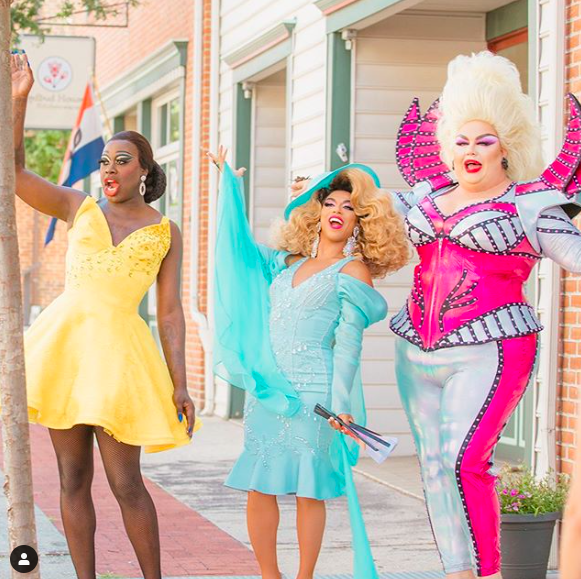 You may remember that last summer, Channel 4 screened a heartwarming reality show called Drag SOS, in which a bus load of queens travelled the UK and transformed the humdrum lives of downhearted folks by dressing them up in garish gowns and wild wigs. The show was a joy and we immediately took Cheddar Gorgeous, Anna Phylactic, Lill, TeTe Bang and Liquorice Black to our hearts.

Now a year on, the Yanks have come up with their own version of exactly the same show, only this time it’s called We’re Here. Starring Drag Race icons Bob The Drag Queen, Eureka O’Hara and Shangela, this technicolor feelgood series kicked off its run on HBO back in April 2020, and has now just arrived on Sky One in the UK.

These queens came all the way down to Ruston to give you life, America. A new episode of #WEREHERE starts now.

Like the British show it heavily borrows from (both series are – surprisingly – created by a different team), We’re Here is basically a reality TV version of the much-loved Patrick Swayze / Wesley Snipes movie Too Wong Foo, in which drag queens infiltrate a not very progressive town to recruit residents needing emotional help to participate in one-night-only drag performances.

As expected, the American production values are a lot more polished than the Brot version – the queens have a lot more sass and style and the heartstrings are pulled even tighter.

In episode one, for example, the queens visit Gettysburg where they meet a mum who rejected her bisexual daughter who is desperately trying to make amends with her. It’s a story that will break your heart as we watch a heartbroken mother try to convince her daughter to forgive her from her past religious beliefs that ultimately wrecked her family!

In episode two we meet Clifton, a gorgeous young guy from the town of Twin Falls who similarly wants to make up for the dodgy attitudes he had in his youth when he failed to understand the difficult lives of the LGBT community.

Mirror mirror on the wall, who’s the gaggiest of them all? #WEREHERE

The queens also meet three very awkward and oddly introverted drag queens in need of some serious coaching and a trans man and his wife who want to recreate the wedding day that was married by their parents not attending.

Like if you can hear a god(dess) in this picture. #WEREHERE

We could go on but we reckon you get the message. All you need to know is, We’re Here is one of those emotional shows that will have you weeping buckets of tears. So make sure you have enough tissues to hand while you’re bingewatching the six part series.

See something you like? She’s a bright-eyed, bushy-tailed, extra-terrestrial glamazon here to bring new life to Mother Earth. #WEREHERE

And of you want more of the show there’s some good news – the show has gone down storm in the US and has been nominated for a couple of Emmys and a second series is on its way! So come on folks, get bingeing and be one step ahead!