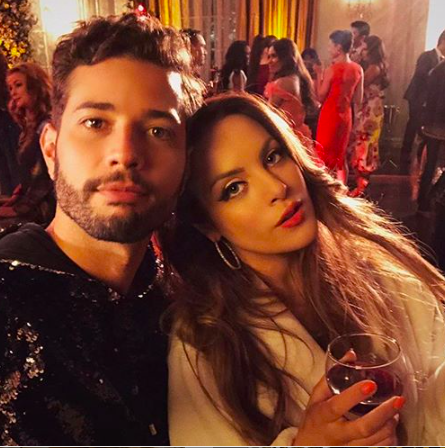 With terrestrial TV proving so difficult to watch during this pandemic, the return of Dynasty to Netflix UK is the shining light you didn’t realise you’ve been missing.

This weekend, season three of the glossy soap dropped on Netflix UK, almost a year after the rest of the world got to see it. When Season two ended last summer, it was revealed that fans in the UK and various territories would no longer be able to watch the series unfold weekly (a night after it was screened in the US). Instead, they would have to wait a year and watch the series in one go – angering devoted fans.

Family is power. Stream this season from the beginning free only on The CW App: Link in bio. #Dynasty

But after the long wait, the show is back and it is certainly worth the wait. We would love to explain what you could expect from this new series, but you really need to have watched it from the start to get a good grasp of what’s going on because the plots are so twisty-turny, it’d be a headache to recap.

What you do need to know is THIS: While most people bang on about the torturously slow worthy dramas that appear on the streaming service, Dynasty for some reason still hasn’t had recognition it deserves. It’s campy, packed with drama and catfights and features a beautiful and incredibly diverse cast. Not only that, the script sizzles with delicious one liners and the performances from the glossy cast are simply out of this world.

Spend your summer like Sammy. Stream #Dynasty for free on The CW App! Link in bio.

Ratings have been healthy though not exceptional in the US but the series is set to film a fourth season once this pandemic madness is over.

I hope you enjoy these pics of Season 3! Just wanna thank our amazing cast, crew, writers, directors, producers, incredible fans, and everyone else who helped make SEASON 3 the wonderful season that it was. Can’t wait for everyone to catch the show on Netflix on May 23rd! And don’t forget you can catch up on Dynasty on the CW App. (And thank you to everyone for such a warm welcome on my first season of #Dynasty!)✨✨✨

The sassy one liners are scorching hot. Get some mates around and play the shot game and swig one whenever Alexis or Fallon spit out a stinging barb

Drowning your problems like… Stream #Dynasty on The CW! Link in bio.

One mother of an entrance. Stream #Dynasty for free on The CW App! Link in bio.

The on off relationship of Fallon and Liam.

Sooooo could these two be more beautiful? What should the ship name be? #Fliam

Not the face they were expecting. Stream free: Link in bio. #Dynasty

Oh. My. God. 🔥 Do not miss the season finale, available NOW on The CW App! Link in bio. #Dynasty

The Wizard of Oz in season two dream sequence has to be seen to be believed….

Choose yourself. Stream the latest #Dynasty before Friday's new episode! Link in bio.