While we can all rely on the brilliant RuPaul’s Drag Race to have us wetting ourselves with laughter, we can also be sure to expect moments in which our favourite queens get emotional. 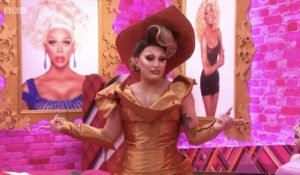 This week, hysterical Scouse drag queen The Vivienne showed a softer side as she bravely opened up about a drug addiction that almost killed her. Speaking in the workroom to her fellow contestants, she revealed that for four years she was hooked to drugs.

“I was a drug addict for four years,” she bravely told the other queens. “It was party drugs, but I couldn’t leave the drugs at the party. It was constant for me.” 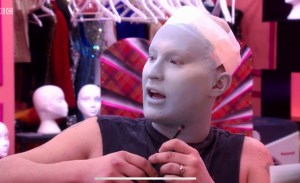 The Vivienne said that working seven days a week in bars and clubs left her on such high that during the day she had little else to do and took drugs to ease the boredom. “It was a habit that caught on a bit too quick and a bit too hard,” she continued. “When people say, ‘You’ve got to hit rock bottom to get further,’ it sounds so stupid but it’s the truth.”

Thank you for sharing your story, @thevivienneuk. We love you and are so proud of how far you've come 💞 #DragRaceUK https://t.co/f9SbTLjCtV pic.twitter.com/eVNwDOM1xc

As a result of her drug taking, she found herself being estranged from her family. “I had to be kicked out of my house and told that I would be dead by the time I was 30,” The Vivienne says. “It was the loneliest part of my life, I was killing myself… and my family don’t even know. My friends know. I always said it never bothered me But it did bother me. I was pissing my life up the wall and I could’ve been dead now if I didn’t do anything about it.”

Realising that her life was spiralling out of control, The Vivienne moved to Spain, where she met her current boyfriend David (below). “The Armistead Centre do an absolutely amazing job,” she explained. “I fell into that trap, but you can get out of it with the support and help of friends, family or even yourself – you’ve got it deep inside of you. Look at me now, I’m on Drag Race season one!”

She says she hopes that by speaking out other people may seek the help hey need to overcome their addiction.