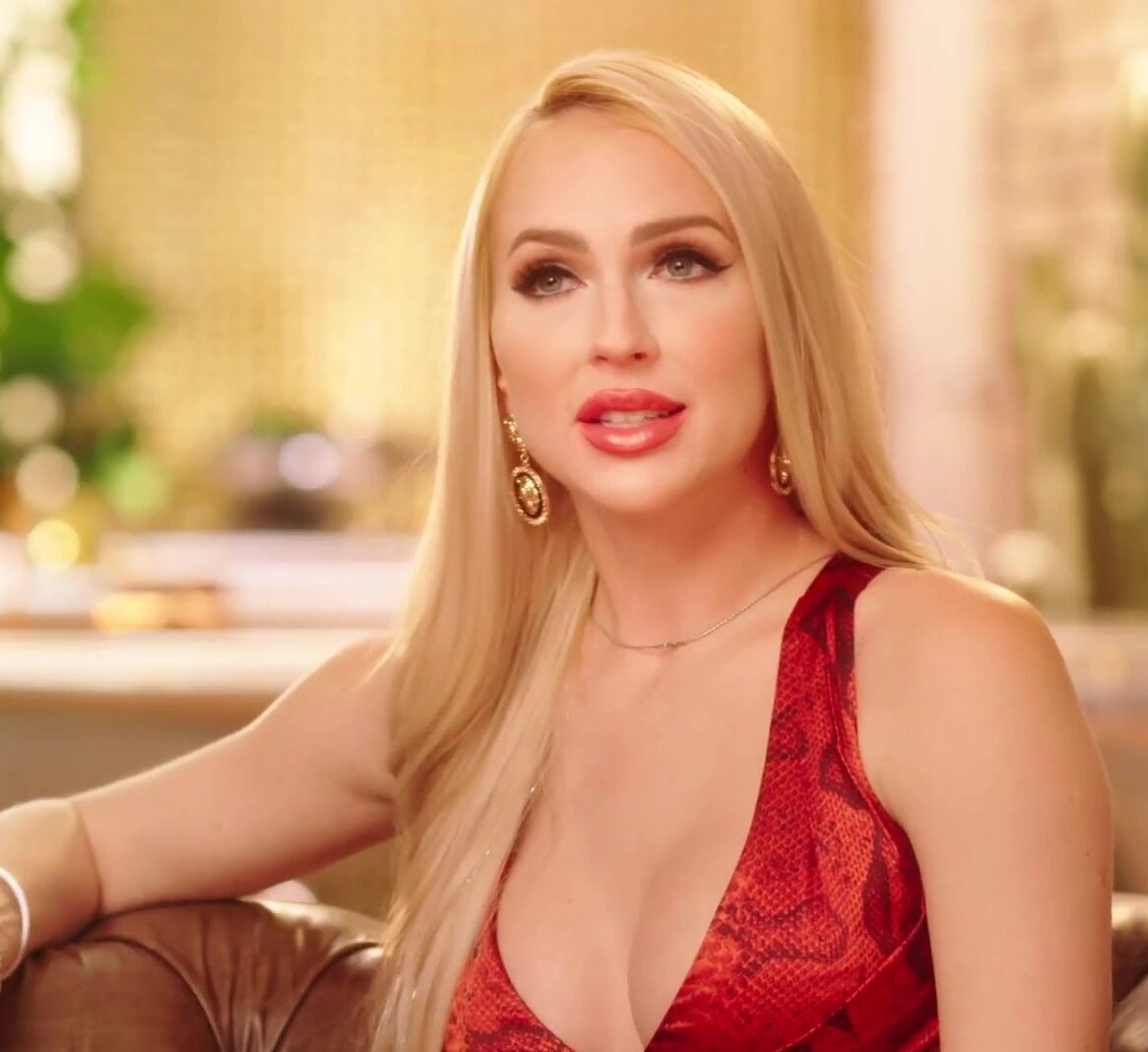 Selling Sunset is the smash hit reality series on Netflix that everyone is talking about. Set in an LA real estate office, it follows the ups and downs in the lives of a gaggle of glamour pusses who flog plush pads by day and falling out with each other at night. If you haven’t seen it yet, take our expert advice and bingewatch the motherfu*ker ASAP, so you actually have something to talk about with your pals.

If reality shows aren’t your thing, then watch Selling Sunset for two reasons. One, Romain Bonnet, simply the most handsome man you will ever see and two, Christine Quinn, an Amazonian goddess who is so deliciously camp we expect her to be either a judge or even a participant on the next series of RuPaul’s Drag Race.

Not only does this reality icon wear some of the most amazing outfits we have ever seen, she can roll her eyes, grimace and look shocked and still look uber glam! She’s our hero. In fact, she’s what every gay guy needs in their lives. Imagine the nights out with the wicked Ms Quinn!

Of course, what we love most about Christine, is her direct approach to life and refreshing understanding of the media world. She doesn’t pull any punches. She lets anyone around her have it. And that is very refreshing in a world of fake air kisses and veneer-packed smiles.

Secure the bag sis! 👛 Season 2 is streaming now! Let me know your thoughts!

In a recent interview with People magazine in the US, Christine set the world to rights….. Here are the highlights.

On being Selling Sunset‘s villain.

I guess I am the quote-unquote “show villain,” but I love it. I think it’s funny and I think people enjoy it at the end of the day, people that love me really love me. When I’m on camera, I have fun with it. I have a background in comedy. I love to make people laugh, and my whole goal in life has just been to entertain people and make them feel something.  I just think the misconception is that I’m just constantly this one-note bitch — and I am a bitch, don’t get me wrong. But there’s other elements to me. I’m super sweet and caring and empathetic, and I do a lot for people.

“Madness is genius and it's better to be absolutely ridiculous than absolutely boring..” -Marilyn

Her relationship with Chrishell.

Well, her and I are not on the best terms. I’ve definitely tried. I did my best effort. It’s unfortunate. She just really didn’t want to be friends. She made it apparent she only wanted to co-exist.

This Quarantine turning this hoe in to a housewife.. 🍳 👠

On Davina being the REAL villain of the series.

The thing with Davina is, she’s German, and people don’t even know that. She’s got that very German vibe to her: She’s not over the top and bubbly and crazy and wild. I told her she needs to work on it. She’s, well, I think it’s all about the delivery and your words and your voice cadence and how you’re talking with people. With her, she really did get a bad edit. They never showed her smiling, they never showed her laughing. [I think] they did that on purpose. I 100 percent [gave her a makeover]. I take all credit. I told her, “Listen, Davina, stop with the mom blazers. Please, let me dress you.” She started coming over to my house, and I was like, “Here, put this on.” She was like, “I don’t know, it’s too sexy.” I’m like, “Come on, just do it.” Yes, that was all me, and I’m really happy that you noticed. She thought the show was about real estate, bless her heart. I can’t say that without laughing. When she realized, she was like, “Oh, wow. I realize I didn’t look good in season one.” I’m like, “It’s okay, it’s fine. You learn.” But it is a show, at the end of the day — so let’s put on a show.

On her eight month marriage to Christian

We’re doing great. We’re best friends. It’s awesome. I just wish we could travel, obviously, but that’s okay. I’ve been cooking. I’ve turned this hoe into a housewife, and I’m Martha Stewart-ing, every night, making homemade pasta and doing the stuff I never had the time to do before. It’s actually really great. I do enjoy it!

Did you guys notice it was bleeding?! 🩸 🎂

At the end of the day, we all have press. We all pay someone on retainer to put our names out there. The difference is, I own up to it. I can understand that paparazzi don’t come out of the bushes. I have a whole team for this. Heather was in denial a little bit about how the situation works. She was like, “It’s weird, we go to places an

Humble with a hint of 2007 Britney. Tag that friend.

It’s quite a process, I’ll tell you that much. For interviews and certain events, other people do my makeup, but I actually do my own makeup because I love putting on my make-up. My hair takes a minimum about two hours, depending on what I’m doing to it. I give myself a four-hour window from when I have to leave my house. It’s a production.

How did you get into real estate?

I was originally a model and an actress, but weren’t we all? I was getting cast in the same roles. I wanted to do comedy, and I was only being showcased in dumb-girl roles, so I got really tired of it. I got into real estate with Jason [Oppenheim], who’s a friend of mine, and I’ve been in real estate for about five and a half years. I really love it. I think it’s a great job for someone that wants to work for themselves, and has the motivation to do it, because you don’t get a paycheque unless you sell something. You’ve got to be your own boss, but I’m great at that. I love my boss, she’s fabulous.