Saara Aalto’s heartwarming video is praised by the trans community 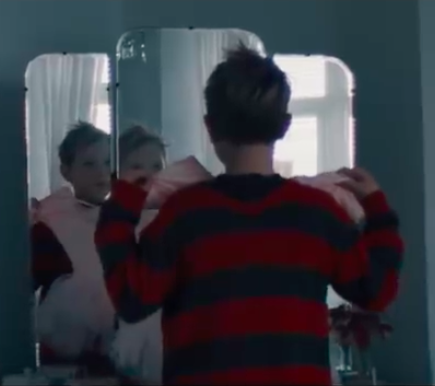 Since its premiere this week, the heart-warming video to Saara Aalto’s new single Dance Like Nobody’s Watching has gone down a storm with fans and the transgender community.

So we don’t spoil the beautiful narrative of the clip, we won’t expand on what actually happens in it as far as to say it is a beautiful transgender-related story that will have the hardest among us sobbing.

Broadcaster and Celebrity Big Brother star India Willoughby told us: “Pop music is all too often dismissed as irrelevant fluff, but Saara Alto’s brilliant Dance Like Nobody’s Watching video is different. It’s a powerful rhapsody of affirmation, which sores as high as Nureyev – showing trans kids can smile, be happy, and have fulfilled childhoods. If the world let’s them…”

Trans actress Nicole Richards was particularly moved by the clip and wrote: “Sometimes music really does hit a chord. As I write this, I’m sitting in a darkened room watching my stepfather struggling with the later stages of terminal cancer. The man that has always supported me and my journey. I have been suffering in silence with my own health problems  and have always relied on music like most of us do.

“I use music as a way of escaping the harsh realities of life and making the world a more bearable place. I think we can all remember a classic and it will trigger and provoke memories of good times and sad times,a love affair or indeed a breakup or unfortunately a loss.

“When I heard Saara’s new song, the lyrics were really impactful and transported me back to my younger years and reminded me of some of the troubles that plagued my early life. Like, being constantly told I couldn’t do certain things, that I would never be loved because I was a trans woman and being made to believe I would be better off dead than being the person I had to be.

“But the video filled my heart with optimism. The final reveal that the little boy we have been watching throughout the video is now a happy young woman left me feeling ecstatic and hopeful.

“I’m actually proud of myself and my achievements and the times ahead.  I’m so happy that life is getting easier for trans boys and girls. It’s the small things in life that can make changes and a better place for all. The mainstream media are finally learning it’s ok to be different and with beautiful music and strong and powerful supportive videos like this we can all look forward to a brighter happier place. This video can play an important part in making this world a happier more embracing world. Thank you Saara for producing such a poignant video.”

The video was produced with the backing of Mermaids, a charity providing much-needed support to gender variant and transgender children, young people and their families, have praised the clip.  “This video is so important as it provides a positive representation of trans youth, and we know that this works towards increased acceptance and understanding,” Susie Green, CEO of Mermaids, says. “The world can be a hostile place for trans kids, this beautiful and emotive piece created by a mainstream artist, tackling some of the key issues faced, gives a platform that will be widely seen and appreciated.”

Please let us know what you think about the video below in the comments section.